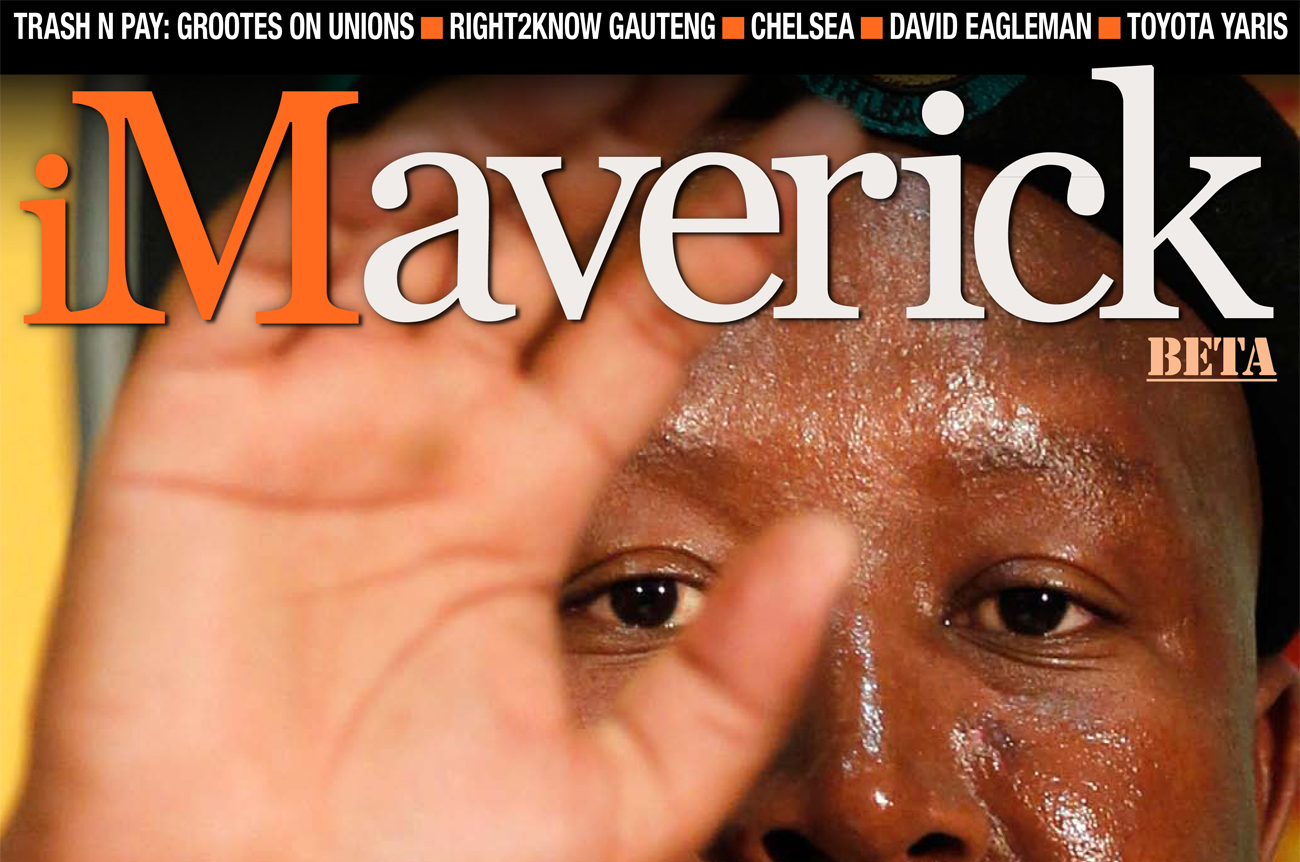 Dozens of Nigerian women were rescued by Nigerian authorities from sex slavery in neighbouring Mali this week. Thousands more remain, forced to work in brothels across north- west Africa until they can repay the “trolley-men” who had promised them passage to Europe and a better life. In reality, they’re sold as sex workers in a foreign country, with no chance of escape. By SIMON ALLISON.

THE VULTURES THAT CIRCLE AFRICAN ECONOMIES

A special report in The Guardian exposes the “vulture funds” which prey on the world’s poorest economies, almost always African. Their practices aren’t technically illegal, and it’s easy money; as long as you don’t mind profiting from poverty. By SIMON ALLISON.

Victorian author Jane Austen was only 41 when she died, and the cause of death has never been verified. Now a crime novelist investigating the matter claims that Austen may have been the victim of arsenic poisoning. By REBECCA DAVIS.

The Queen’s husband has always been a figure of some fun, notorious for his gaffes and political incorrectness. Now a new biography of Prince Philip suggests the 90-year-old consort may be even weirder than anyone imagined. By REBECCA DAVIS.

US ATHEISTS GEAR UP FOR CHRISTMAS WARS

Christmas decorations are already up in shops. ‘Tis the season to be merry, and ‘tis also the season for atheists and Christians in the US to start slugging it out in the run-up to 25th December. By REBECCA DAVIS.

It’s not like we expected ANCYL president Julius Malema to slink away quietly in the dead of the night after the national disciplinary committee of the ANC issued a suspension of his membership sentence. At his comeback press conference on Wednesday afternoon, Malema was his vintage self: defiant as ever. In his appeal, he will attempt to switch gears on the ANC appeals committee by arguing against the NDC itself, rather than the charges that were brought against him. By SIPHO HLONGWANE.

One of the key relationships in a society, or balances of power if you like, rests between unions and government, and workers and bosses. It’s a relationship that can pretty much determine some of the other big debates in our society. The power of the unions matter. In our own set-up, we have unions in an alliance with government. So you’d expect the unions to be sitting pretty, particularly when the ANC’s first policy priority is “creating decent work”. But look a little closer, and it appears as if the power of the unions has peaked. It is now starting to ebb away slowly, at different paces on different fronts. By STEPHEN GROOTES.

The suspended ANCYL president Julius Malema is in the political fight of his life. It’s not just about his position in the league, but also about the type of political space he has carved out for himself. The fact that he is fast running out of enemies is going to be a big problem for him – which is why he may be setting up to make the most formidable enemy yet: the ANC president. By SIPHO HLONGWANE.

It was appropriate that Right2Know Gauteng’s summit was held on the very day that the Protection of State Information Bill was, somewhat unexpectedly, brought back for debate in the National Assembly. This highlights the twin challenges facing the campaign: at the same time as working towards its longer-term goal of broadening engagement with communities around access-to-information issues, Right2Know needs to be ready to respond speedily to the clear-and-present danger of the Bill possibly being voted into law as early as next week. By THERESA MALLINSON.

BEGINNING OF THE END FOR THE KHARTOUM REGIME?

Events are spiralling out of the usually tight control of Sudan’s President Omar Al Bashir and his regime. Letting go of the troublesome South has caused more problems than it has solved, the various rebel movements are uniting against the government and even Bashir’s normally placid northern subjects are getting jittery as the economy collapses. But Bashir’s biggest problem is that his default method of conflict resolution – sending in the guns – can only hasten his downfall this time. By SIMON ALLISON.

CHELSEA CLINTON TAKES TO THE AIRWAVES

Chelsea Clinton is now a TV reporter, but other reporters aren’t allowed to speak to her about being a reporter? In an odd and unsurprising continuation of her cosseted life, the young Clinton is now a “full time special correspondent for NBC News”. And the real victim is the news. By RICHARD POPLAK.

THE BEGINNING OF CIVIL WAR IN SYRIA?

While the Arab League met in Rabat on Wednesday to enforce Syria’s suspension from the organisation, Syrian opposition groups claimed that army defectors attacked military facilities in several locations around Damascus. If confirmed, this could be the first salvo of a civil war. By KHADIJA PATEL.

The Palestine Liberation Organisation (PLO) on Tuesday endorsed a decision by President Mahmoud Abbas to request a United Nations Security Council vote on a resolution recognising a Palestinian state, even though it is destined to fail. By Ali Sawafta (Reuters).

ANALYSIS-BREAKING UP THE EURO? TRY UNSCRAMBLING AN OMELETTE

Can you unscramble an omelette? That, in essence, is what eurozone leaders and the global monetary policy elite will have to do if the eurozone is to be reshaped in any semblance of an orderly manner, be it by letting Greece go or creating an inner hard core and an outer soft one. By Jeremy Gaunt (Reuters).

World powers are making progress in narrowing their differences on how to respond to a UN watchdog report that aired intelligence suggesting Iran has worked on designing a nuclear weapon, Western diplomats said on Wednesday. By Fredrik Dahl and Sylvia Westall. (Reuters)

“Super scientist” David Eagleman says that legal and judicial systems are, for the most part, operating in ignorance about what is known about neurobiology. Because not all criminals’ brains are equal, he’s working toward an overhaul of how criminals should be treated by society. By MANDY DE WAAL.

Once the baby of the local, the latest version of Toyota’s Yaris is now more teenager than toddler. But is bigger necessarily bigger – especially given the asking price? DEON SCHOEMAN drives the newcomer in KwaZulu-Natal.

England rugby team manager Martin Johnson has resigned after three and a half years in the job following England’s flat performances and exit in the quarter- finals of the recent rugby World Cup in New Zealand. By Alan Baldwin (Reuters).

SPURS SET TO DELIST FROM LSE

Tottenham Hotspur, one of Britain’s best- known soccer clubs, is to go private, saying the cost of a stock market listing would be better spent helping expand its stadium. By Reuters Sportsdesk.

Australia has formed an anti- corruption watchdog to monitor its domestic competitions in the wake of a London court’s decision to jail three Pakistan cricketers for their roles in a spot- fixing scandal. Ian Ransom (Reuters).

As soon as the Test series between South Africa and Australia began, it is about to be concluded in the second and final Test at the Wanderers. PAUL BERKOWITZ writes from the steam cooker of Johannesburg, a city sluggish under an oppressive heatwave, and wonderers which team will be hardened by the heat and which one will crack.