Beginning of the end for the Khartoum regime?

Beginning of the end for the Khartoum regime? 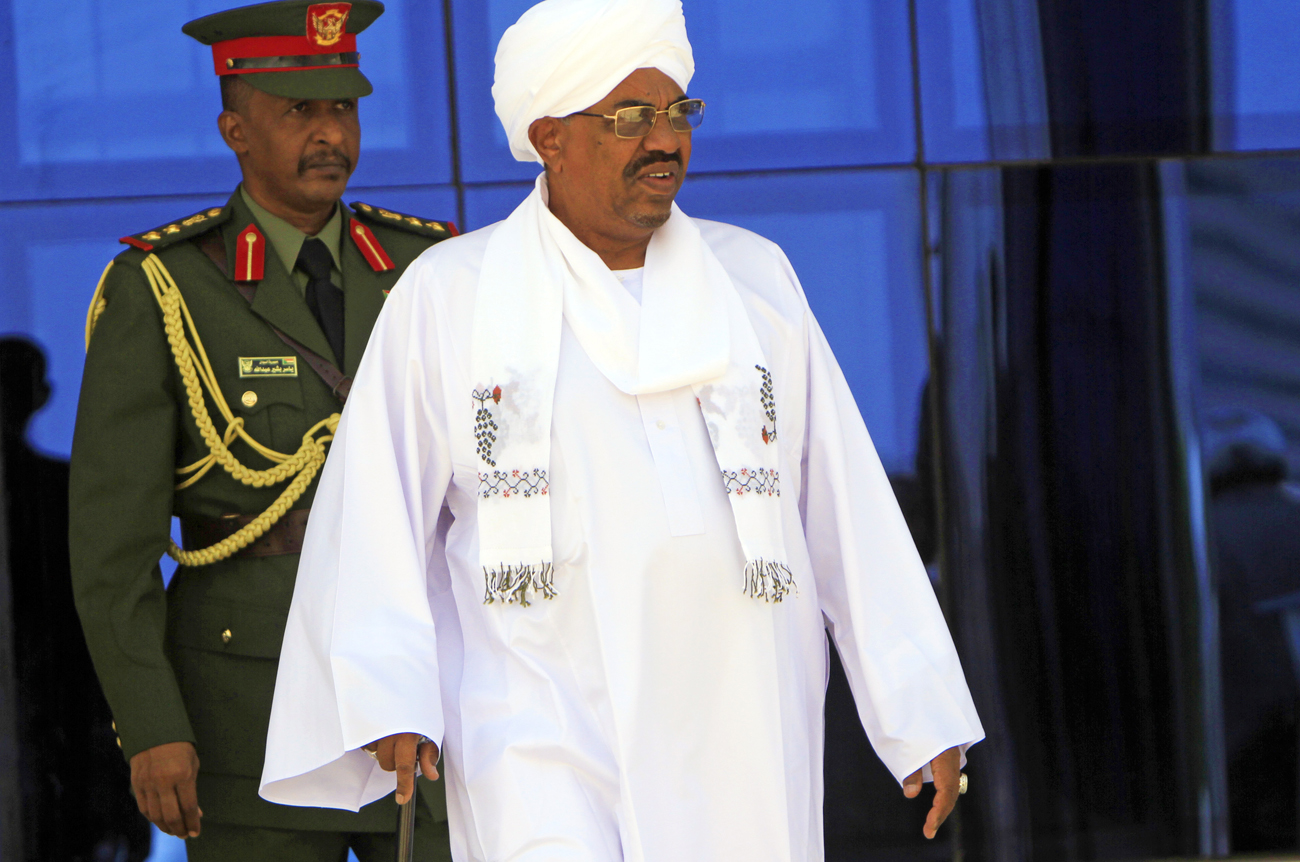 Events are spiralling out of the usually tight control of Sudan’s President Omar Al Bashir and his regime. Letting go of the troublesome South has caused more problems than it has solved, the various rebel movements are uniting against the government and even Bashir’s normally placid northern subjects are getting jittery as the economy collapses. But Bashir’s biggest problem is that his default method of conflict resolution – sending in the guns – can only hasten his downfall this time. By SIMON ALLISON.

Let’s look first at the challenges facing Omar Al Bashir, the long-serving President of Sudan. There are quite a few of them. Closest to home, in the capital Khartoum and in various northern towns, there have been small, but regular protests against the government. These aren’t of the Arab Spring variety, being limited in size and scope, but are nonetheless an unprecedented sign of dissent from a citizenry that is always kept on a short leash by Bashir’s infamously efficient intelligence service. Much like Egyptians under Hosni Mubarak, Sudanese from the north of the country have put up with oppression for many years on the condition that their basic needs were met, primarily health and food. But the regime is running out of money, and food and other basic goods are getting more and more expensive, while salaries remain static and unemployment high.

The regime is running out of money for two reasons. One, the whole world’s not doing very well financially at the moment. Two, it’s lost a huge chunk of revenue after the secession of the South took most major oil fields with them. Not that the south is benefitting, yet. At the moment the oil fields are operating well below capacity. Which is in a way worse for the north because it doesn’t even benefit from transport fees, as (until new lines are built) the south can’t get its oil out efficiently except through Port Sudan. And without all that oil money, Khartoum can’t afford to subsidise the food to pacify its citizens.

What money it does have is going to the military busy in the disputed border states which, although technically in the north, have never been given the referendum they were promised to choose to be part of Sudan or South Sudan. And, in the absence of a referendum, the major armed opposition group – the Sudan People’s Liberation Movement-North (SPLM-N) is fighting to topple Bashir’s government. But the opposition isn’t doing too well, and the Sudanese army keeps pushing back, using tactics that have been condemned by various human rights watchdogs.

Sudan alleges that South Sudan is providing support to the rebels, a charge which seems difficult to argue with given that the SPLM-N is an offshoot of South Sudan’s ruling party. Sudan hasn’t been afraid to punish the south for this, launching a cross-border bombing raid last week on a southern refugee camp which earned instant UN condemnation.

In response to recent setbacks, the rebels – whether supported by the south or not – have gone on the offensive. Not militarily but politically, forming an alliance with the three most important rebel groups from Darfur. This is a bold attempt to make their cause national and is the most direct threat to the regime in Khartoum to date. It’s also interesting because the Darfuri groups concerned – the Justice and Equality Movement and two factions of the Sudan Liberation Army – haven’t historically got on that well. So, in addition to providing a national threat (presumably following some kind of national strategy), the new alliance, called the Sudan Revolutionary Front, might rejuvenate the conflict in Darfur. The UN has condemned the new rebel alliance because it has reportedly called for the use of force against the Sudanese government. The UN is perhaps worried about an escalation in conflict. But from the rebel perspective, it’s a good move that can only strengthen its various causes.

All of which leaves Bashir’s government in a tricky position. Its default response to any kind of existential threat has always been intimidation or violence. That’s why regime ideologue-turned-critic Hassan al-Turabi remains in prison. That’s why Khartoum responded the first signs of rebellion in Darfur by unleashing what some described as a genocide of certain ethnic groups in Darfur. That’s why the legitimate political concerns of southern Sudan turned into a full-on civil war.

So Bashir and his generals will be contemplating the various threats to their regime – the new rebel alliance, the South’s interference, the loss of their oil fields – and be tempted to send in the big guns. But any escalation in military activity could be fatal to their rule.

Secondly, the simple fact of the south’s independence changes the calculations considerably. A civil war is one thing; a war involving two countries is something else, and works according to different rules. The international community would be able to support South Sudan without worrying about questions of sovereignty and interference, and there’s millions of barrels of oil which provide plenty of motivation to get involved.

Khartoum’s been threatening war, and so far its belligerence has been backed up with military operations on and over the border with South Sudan. It’s also pulled out of African Union negotiations to resolve the many outstanding issues between it and the south, again indicating it’s not particularly interested in the moderate route. But Bashir should be very wary of using force to solve the problems, which are probably the most serious and widespread he’s faced during his rule. If he sends in his big guns, he just might find that even bigger guns are sent in after him. DM