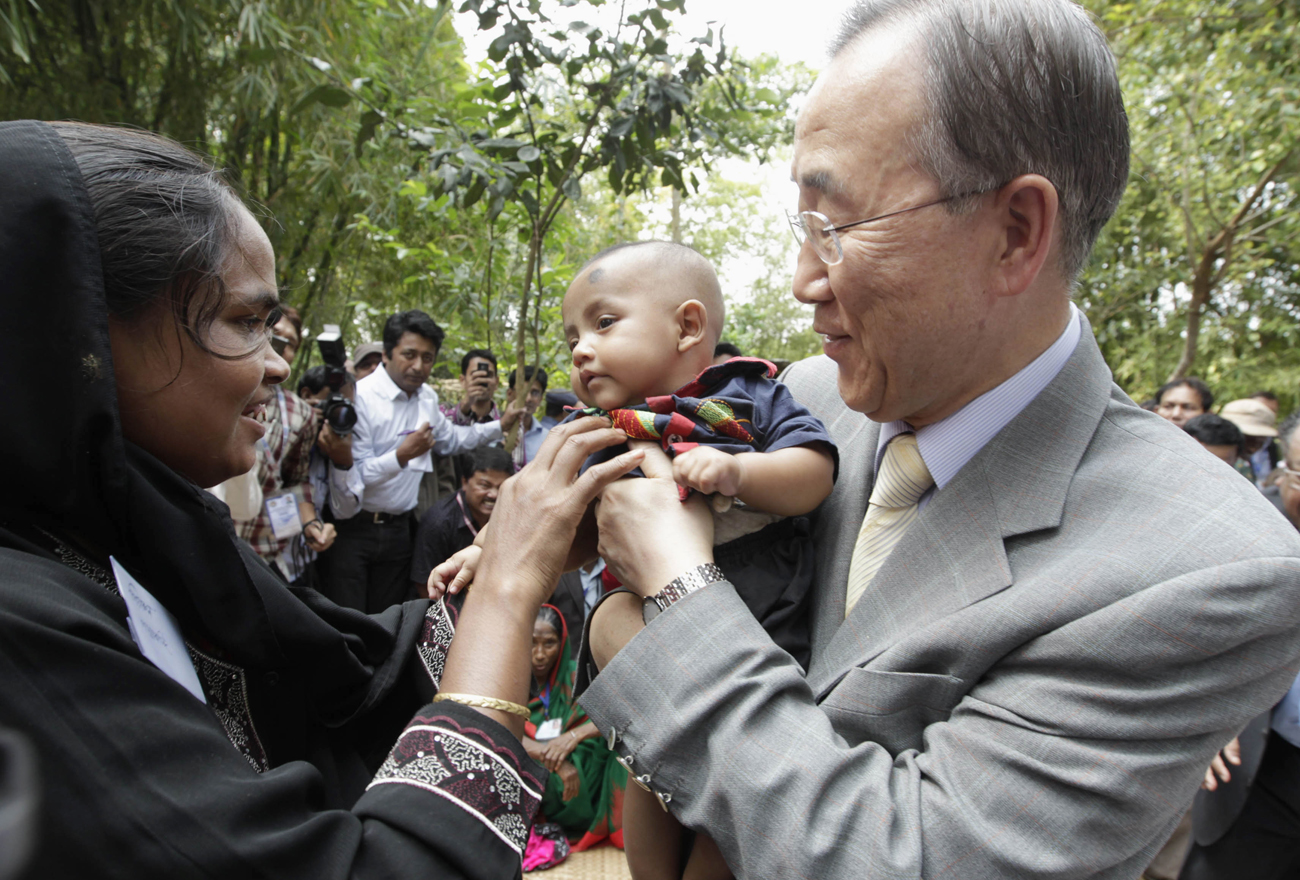 With less than two weeks to the start of the Cop-17 conference in Durban, consensus on the most critical issues remains elusive. One of the most contentious issues is the perceived divide between the interests and obligations of developed countries and those of developing countries. By KHADIJA PATEL.

The lead-up to the United Nations Framework Convention on Climate Change (UNFCCC) Conference of the Parties (COP 17) has been drowned out by the drama of the eurozone debt crisis. To be fair, the back of Berlusconi does make for more compelling viewing than the circles in the climate change debate. Speaking at a conference of climate-vulnerable countries in Bangladesh on Monday, UN. Secretary General Ban Ki-moon said, “We are in the middle of a serious economic crisis. But even in these difficult times, we cannot afford delays. We cannot ask the poorest and the most vulnerable to bear the costs.”

Expectations of COP-17 have dwindled. So low is the current expectation of the Durban conference that global justice activists in Durban have dubbed the event the “conference of polluters”.

Reports so far indicate that there has been a severe lack of progress in pre-conference negotiations. In the preparatory round of talks in Panama last month, ambassador Jorge Arguello of Argentina, speaking on behalf of the Group of 77 and China, said, “although there has been indubitable progress in the work in Panama”, the group had “concerns over the uneven progress in the negotiations and called for decisive leadership to ensure that all submissions from the parties are discussed and that there is a positive basis for successful negotiations in Durban.”

According to Article 2 of the United Convention on Climate Change, the objective of international climate change policy is the “stabilisation of greenhouse gas concentrations in the atmosphere at a level that would prevent dangerous anthropogenic interference with the climate system”.  To this end, the Kyoto Protocol, which was adopted in December 1997, and later amended at several COPs, originally required 39 developed countries to bring about an average 5.2% cut in greenhouse emissions by 2012 relative to their 1990 levels.
The emission cuts required vary from country to country. The EU, for example, which accounts for roughly 21% of current global emissions, must reduce its emissions by 8%, while Russia, which accounts for 17% of global emissions, is permitted to emit the same amount in 2012 as it did in 1990. It all makes sense to the UN.

The principle distinction between the Kyoto Protocol and other well-meaning UN-sponsored climate conventions is that instead of exhorting the developed world to cut emissions of greenhouse gasses, Kyoto commits them to do so. While the protocol has been ratified by 140 countries, its scope remains limited.

The greatest obstacle to receiving a binding commitment from the developed world to implementation is the continued exemption of developing counties from mitigation targets.  This gulf between the obligations of developed and developing countries, dubbed “equity” in the Kyoto Protocol, has hindered progress in pre-COP 17 talks.

Equity demands that developed countries, the source of most past and current emissions of greenhouse gases, act first to reduce emissions.

Developed countries argue that CO? emissions of a number of developing countries are expanding rapidly. And with good reason too. China, for example, is now the world’s third largest greenhouse gas emitter after the US and the EU, but enjoys exemption. But the pre-conference talks have so far failed to garner enough support for a binding commitment on emerging economies as well.

The US, which of course is not a signatory of Kyoto, demands that emerging economies be subject to the same stringent mitigation targets. At the same time, the US refuses to accept responsibility for its historical emissions. Instead, the US proposes “graduation criteria” that would break the current differentiation between rich and developing countries and set up a process of including emerging economies in the group that bears binding commitments. Importantly, however, the US has indicated that even if other developed countries agree to a new phase of the Kyoto Protocol in Durban, it will not be ready to formally match the mitigation targets.

Developing economies argue they will feel the impact of climate change more acutely than the developed world. At the recent Climate Vulnerable Forum in Bangladesh 26 countries, mostly from the group called the Least Developed Countries, highlighted the palpable effects of climate change on the developing world.  The CVF members – Antigua, Barbuda, Bangladesh, Barbados, Bhutan, Costa Rica, Ethiopia, Ghana, Grenada, Guyana, Kenya, Kiribati, Liberia, Maldives, Marshall Islands, Micronesia, Nepal, Philippines, Rwanda, Saint Lucia, Samoa, Solomon Islands, Tanzania, Timor-Leste, Tuvalu, Vanuatu and Vietnam declared that the displacement of people due to climate change has become a major concern. They point out that the relocation and rehabilitation of these displaced people is placing an inordinate strain on the overburdened infrastructures and service facilities, as well as causing tremendous social stresses.

For many of these countries emission reduction is not a viable option in the near future. With income levels far below those of developed countries, and per capita emissions on average just one-sixth those of the industrialised world, developing countries will continue to increase their emissions as they strive for economic growth and a better quality of life.

At a recent energy briefing,  Jackie Chimhanzi, of the strategy division of Deloitte’s Africa, pointed out there is not yet the funding, will or policy to create greener energy in Africa. Mitigation is not yet an urgent enough issue for the developing world. Yet, without a unanimous commitment to a final, full, legally binding international treaty, COP-17, like its predecessors, will continue to be disregarded as a global circus. DM