ANCYL's refusal to apologise ratchets up the heat

ANCYL’s refusal to apologise ratchets up the heat 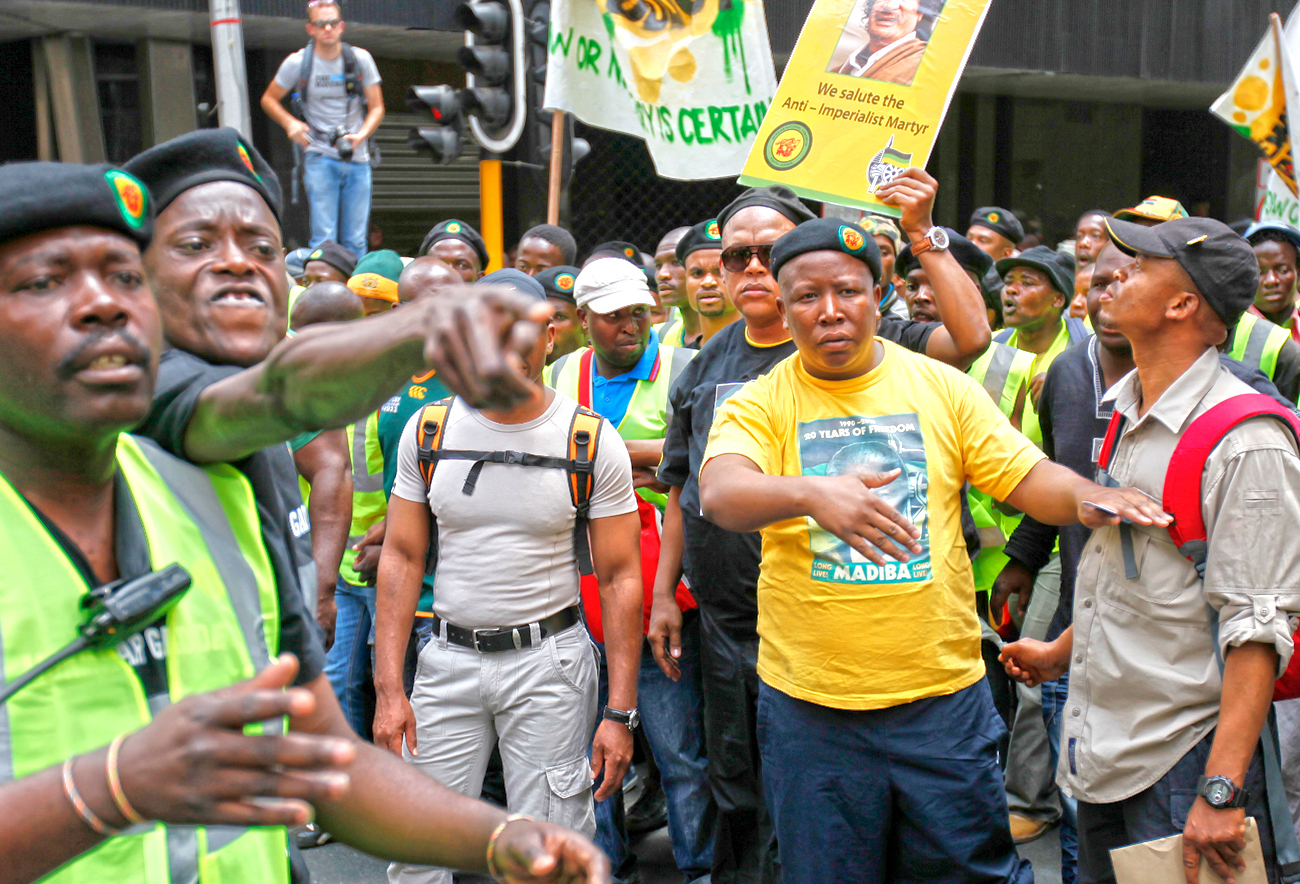 The leadership of the ANC Youth League knows that it has a mountain to climb. Well, if it doesn't, it's really time to ask how the weather is on Planet Zog. And it's going to face several tests – of character, of political acumen, of sheer brains – in its bid to get out the deep hole that has been dug for it. On Tuesday, it appears, the League failed its first test. By STEPHEN GROOTES.

Last week the ANC’s national disciplinary committee found the League’s leader, Julius Malema guilty on several charges. You might have heard about it? But it also made several findings against other League leaders. One of them was Sindiso Magaqa. He’s the secretary-general of the League, installed at the League’s national conference in August and was convicted of sowing division in the ANC for issuing a press statement attacking public enterprises minister Malusi Gigaba. He was suspended for 18 months, and that suspension was itself suspended. Towards the end of the section dealing with him, the panel said the following:

“The respondent shall make a public apology to comrade Malusi Gigaba. Failure to do this within five (5) days after the conclusion of the disciplinary processes will result in Clause 9.1 taking immediate effect.”

By our maths, five days from the “conclusion of the disciplinary processes” is Tuesday. At the time of writing this article, Magaqa has not apologised.

In SA politics, different people adding the same numbers together do not always arrive at the same answer, but the ANC would seem to agree that Tuesday is the day. And it’s “publicly apologise”, don’t forget. There’s no Jimmy Manyi-style “let a lackey put out a statement on your behalf but in their name” option. Presumably, the definition of “publicly’ would involve a camera and a microphone of some sort. The ANC has said it expected Magaqa to have apologised by “midnight on Tuesday” or else. “Or else” carries some weight here. The panel suspended Magaqa for 18 months, but suspended that suspension. So if Magaqa doesn’t apologise, he would find the suspension of his suspension lifted. And he will be suspended. Yes, that makes sense. He will be in the same place as his comrades, Malema and that spokesman whose name I simply can’t remember at the moment.

The League’s leadership seems to disagree. It would appear that their view is that, actually, the definition of “disciplinary processes” means after the appeal process. So that means Magaqa would only apologise after the appeal is heard and the appeal panel gives its verdict. The logic would run that once the apology has been given, it would be hard to retract. You can imagine someone as well versed in the law as Dali Mpofu giving this argument horns in any hearing.

But the calendar that really matters here is on the wall of the chair of the panel, Derek Hanekom. His office says five days was midnight Tuesday.

Either way though, what this tells us that all sides, the League, the ANC and the panel, are going to hang tough on all of this.

Being of a naturally conspiratorial nature (and having covered the ANC and President Jacob Zuma for some time – Ed), I have to wonder whether this little move by the panel, the part of the sentence relating to the apology, was left as a little trap, a landmine to trip up the Young Lions.

If Magaqa apologises, and the appeal panel then finds that he shouldn’t have been forced to, he will look awfully silly retracting that apology. Just thinking about how to script it is farcical. And if he went through and did retract it, he would look small and hollow. If he doesn’t apologise, which is the case here, then the ANC prosecutors can go to the appeal panel and say “Look, this guy claims he’ll abide by the rulings of the panel, and then simply ignores them”. It’s yet another variation of the tactic that has been used so well by Zuma and Gwede Mantashe up until now. Give Malema and co plenty of rope, and watch them use it with great skill.

Experienced police officers, when asked about what is the most crucial moment in your average criminal inquiry, are likely to say it’s when one of the suspects starts to feel the pressure more than the others, and thus begins to crack. It’s the scene before the third ad-break in every Law and Order episode. What the panel has done here is to pick out one individual, Magaqa, and apply the pressure on him before applying it to the other leaders.

A game for grown-ups, our politics.

All of this is going to test the unity of Malema’s League leadership. And there are already signs that it’s cracking. Reports of treasurer Pule Mabe being involved in a physical confrontation with deputy leader Ronald Lamola emerged in the Sunday Times this week. There is even some talk of the great unravelling of the League.

The real problem Malema has is that, up until now, nothing and nobody has been able to stop him. Anything he said or did he got away with. No more. The myth of invulnerability has gone. And with it, much of his power. His word is not what it was, shouting and screaming at people is not as likely to ensure such ready compliance. This means he has to use other methods to hold the League together. The Business Day has suggested he’s falling back on using money and patronage to do that. That may well be the case; it would hardly be surprising.

The worst part of it for him is that his attempts to take over the KwaZulu-Natal province of the League have failed completely. Six weeks ago he disbanded the League’s provincial executive committee there. The PEC got help from the KZN ANC. Malema sent in a task team to run the province, five members of which resigned, leaving the PEC pretty much in charge. This means that Malema now has a group of people who have successfully challenged him and got away with it – within his own organisation. That is going to come back at him, big time.

The tactics that have served Malema so well up until now, brute force and a loud voice, are not going to work here. They are no use in climbing up this particular mountain. He will have to use cunning and guile instead. It would have been much easier to get Magaqa to apologise. Then if he won the appeal, he could have looked gracious in victory. Instead, there’s the usual give no quarter tactic. Malema needs to learn the political art of conceding. Once you concede something in a debate, the debate moves past it, and ignores it. It’s a very useful tactic but unlikely to ever be used by Malema. DM