Menopause isn't quite so tame, but still fun

Menopause isn’t quite so tame, but still fun 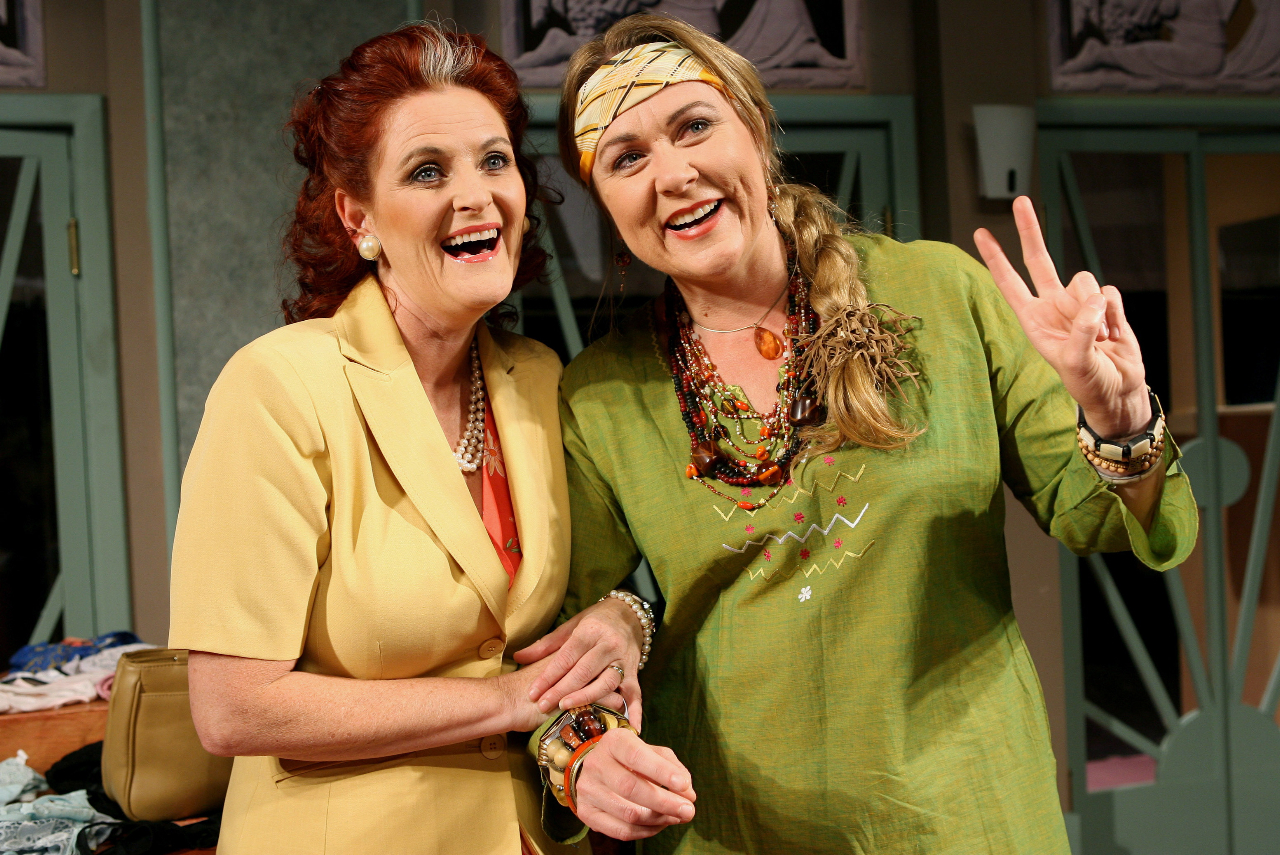 Comedy is always funnier when it pokes fun at a subject close to your heart, so it was obvious the opening night of Menopause The Musical was going to be a huge success. As the audience trooped in there were large ladies, svelte ladies, some Botoxed, some plastered with make-up, some bare-faced and hippyish, and several already having hot flushes in the foyer. Yes, writes LESLEY STONES, the audience members were decidedly menopausal, especially the middle-aged men accompanying them.

Menopause The Musical is one of those shows that uses the winning formula of taking familiar pop songs and reworking the lyrics to fit the story. The story this time is the tale of woe, but ultimate triumph of four very different women going through exactly the same thing as they face “the dreaded change”. It starts off a little slowly, and the faux American accents of the show set in New York are initially a little grating. But it soon warms up as the characters begin to exert their individuality and regale each other with tales of memory loss, chocolate binges, not enough sex and night sweats.

Kate Normington plays her usual role of a sexy, slender older woman, this time an ageing soap star being dumped for a more brightly shining bimbo. Ntambo Rapatla is fabulous as the chic career woman, and easily the best dancer in this cleverly choreographed show. She belts out her songs then turns into a wicked Tina Turner lookalike to introduce a frumpy sex-starved new best friend to the world of “private dancing”. There are some lovely funny lines, but the script is, perhaps, a little too tame for a subject that should have provided far more laughs. There’s gentle humour throughout, but a sense that it could be so much funnier if its American writer and producer Jeanie Linders hadn’t been quite so conservative.

Judy Ditchfield plays an annoyingly mousy Iowa housewife, whose over-eager chirpiness tones down nicely as the show progresses. Brenda Radloff as the ageing hippy Earth Mother completes the quartet. She’s another powerful singer and adds nice touches of humour through her expressions and actions. The quartet perform together beautifully with some lovely harmonies and nice interactions between them. The stage set by Jannie Swanepoel also works well, with an ornate Bloomingdales edifice looming behind, yet allowing smaller more intimate clusters of action to be created.

A highlight is a reworking of The Lion Sleeps Tonight, where the jungle beat sees the four women stomping and shaking their weapons to the chorus of “She’s a bitch, she’s a witch”.

It’s an entertaining evening that ultimately becomes a tribute to the survival skills and endurance of older women. The audience adored it, and not only the women who were laughing at themselves, but also their men who could finally laugh out loud at the witch/bitch woman they occasionally find themselves living with. DM

Menopause The Musical runs at Montecasino Theatre until 8 January. For more reviews that are sassy but classy, visit www.lesleystones.co.za