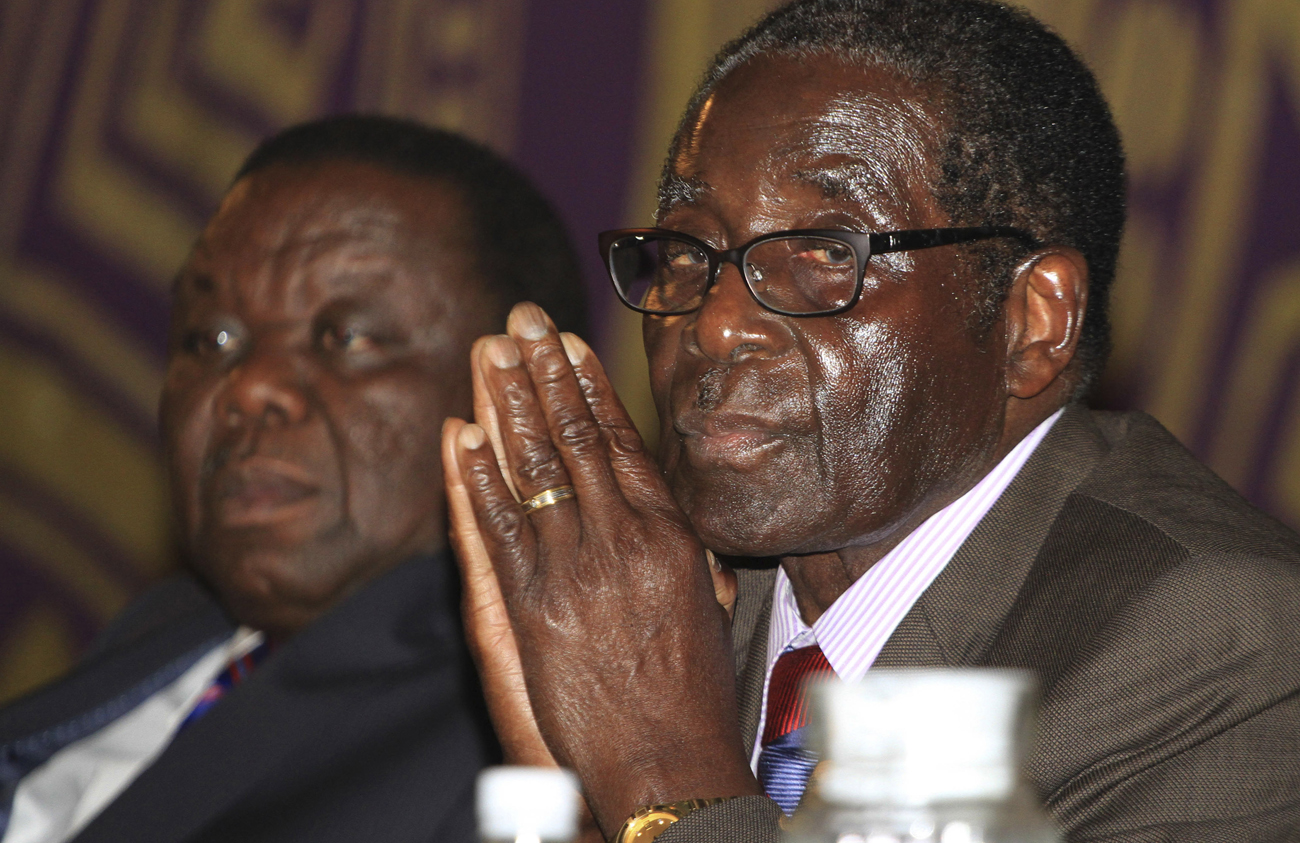 A rather extraordinary meeting in Zimbabwe ended with both Morgan Tsvangirai and Robert Mugabe calling for peace in their troubled country. Bob might have been crying crocodile tears, but Morgan was very serious and not afraid to tell the world – and Zanu-PF – how he sees things. By SIMON ALLISON.

Zimbabwe’s Prime Minister Morgan Tsvangirai was in a talkative mood after discussions with President Robert Mugabe on Friday about the violence targeted at members of Tsvangirai’s Movement for Democratic Change. By all accounts, the talks were cordial, with even Mugabe saying the right things. “We have committed heart and soul that we ensure that our country is without violence. We want to live in a peaceful country,” Zimbabwe’s president commented, although it’s hard to take this noble sentiment at face value from the man behind the Gukurahundi massacres, Operation Murambatsvina and the farm invasions.

But it was Tsvangirai who tackled – verbally at least – the causes of the violence. “The men and women in this room must all ask themselves whether they are not the perpetrators of the violence that has pervaded the country; indeed whether we are not the ones that instruct our cells and our branches to beat up people and force them to support our parties, to buy our cards and to attend our rallies and meetings.” His pronoun choice was non-confrontational, but there was no doubt that the target of his ire was Robert Mugabe’s Zanu-PF. He continued: “Zimbabweans want a new era where knives, machetes, knobkerries and guns, as instruments of violence and repression, are no longer fashionable.”

Tsvangirai was careful to pin the blame for this on the state law enforcement establishment, rather than specifically on Mugabe or Zanu-PF, because of the failure of the police to intervene. Talking to the media, he had some softer words for Mugabe himself, although he stopped short of saying that him and Mugabe were friends. “Yesterday, we fought each other and we were enemies. Today, I say we cannot avoid each other. We are bound together by our nationality, singing the same national anthem, flying the same national flag.” But Tsvangirai emphasised that engaging with Mugabe was the only way forward for Zimbabwe, and that it has worked: “There are some things that I can praise him for, but there are certain things that I will certainly condemn him for. But at a personal level we confer, we communicate, we exchange, we disagree, perhaps he thinks that that’s the best tactic to manage me, I think it’s the best tactic to manage him. I think it’s a quid pro quo thing and I think it has worked.”

But Tsvangirai’s party is not so sure. According to the Mail & Guardian, a new report submitted by the MDC to South African President Jacob Zuma said the unity government was “dysfunctional”. The report claimed that some 600 MDC members had been arrested since January, Zanu-PF ministers were refusing to attend meetings chaired by Tsvangirai and Zanu-PF had set up a “parallel government” making the unity government redundant.

Also present at the talks on Friday was Welshman Ncube. His presence marked a small, but important shift in Zimbabwe’s opposition politics. Ncube belongs to a breakaway faction of the MDC, which was originally headed by Arthur Mutambara, who was appointed as deputy prime minister in the negotiations which created the unity government. But Mutambara was unseated as head of the breakaway faction earlier this year, in party elections which Ncube won. Mutambara, all too familiar with Zimbabwe-style democracy, refused to accept the results. Until Friday, it was thought Tsvangirai and Mugabe continued to recognise Mutambara as head of the party, but Ncube’s presence at the delicate talks seems to indicate a shift in thinking, one that might force Mutambara out of his vice-presidency and into the political wilderness. DM