South Africa vs. Australia, Day 2: murder on the grassy...

South Africa vs. Australia, Day 2: murder on the grassy knoll 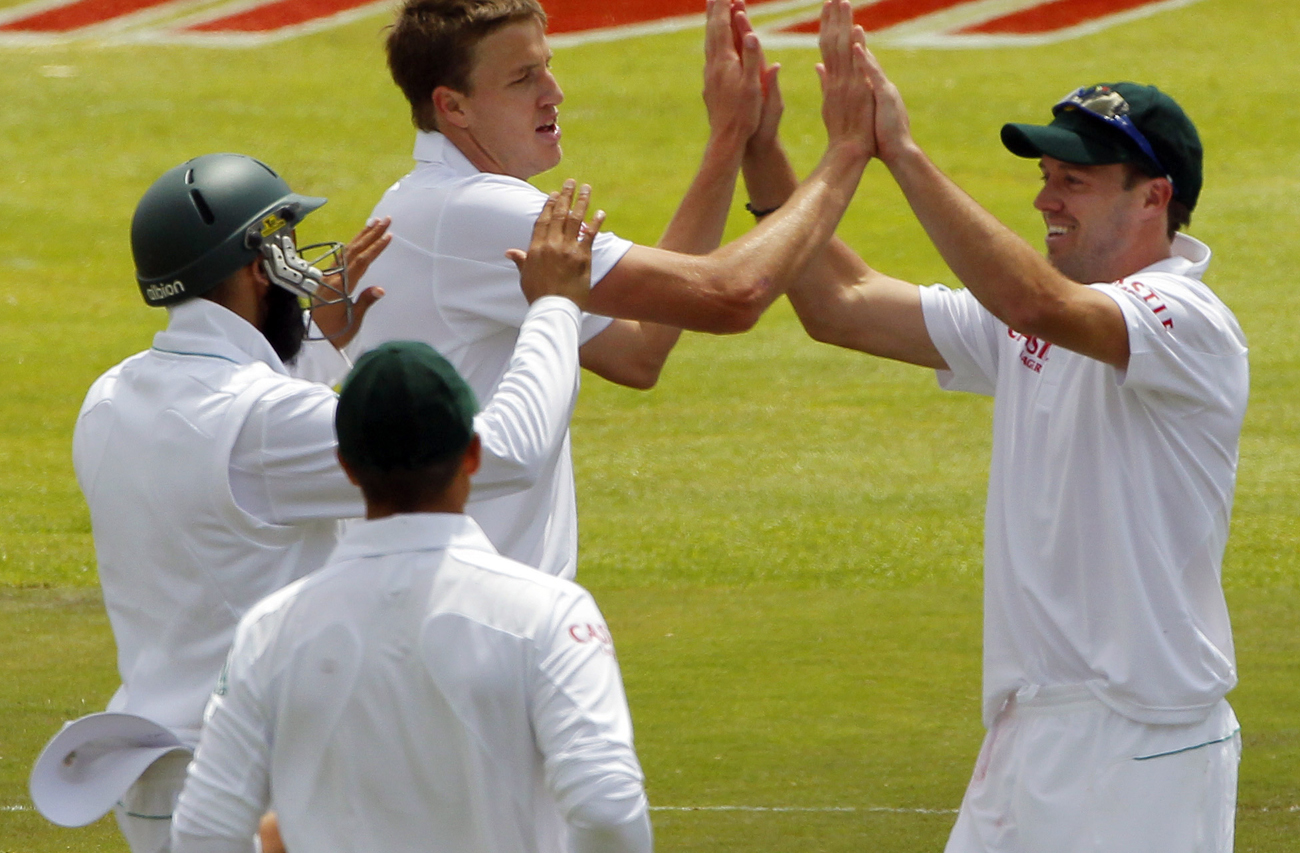 The second day of the first SA – Australia Test was so bizarre and unearthly that it’s hard to believe it actually happened. During a day when voicemail messages lasted longer than some batsmen at the crease, PAUL BERKOWITZ tried to make sense of it all.

What exactly happened at Newlands on Thursday? More accurately, why did the bizarre events of the day unfold as they did? We can describe what happened in the language of Test cricket, in the alchemy of statistics posted and records broken, but the day itself seems a bit unworldly, as if we fell down the rabbit-hole, passed through the looking-glass, went off-grid and disappeared into the Bermuda Triangle of cricket. It IS Test cricket, Jim, but not as we know it.

Various culprits have been fingered for 23-wicket carnage that was the second day of the SA – Australia Test. Some blame Julius for the gypsy curse that he muttered sotto voce after his disciplinary hearing, vowing to destroy everything that white monopoly capital holds dear and precious. Others have blamed the groundsman for smearing the Newlands pitch with muti. Personally I blame Cricket South Africa. And why not? It’s obvious (to me) that there is something wrong about a two-Test series and the craziness of the day was the universe’s way of rebelling against this perversion of the natural order.

A brief recap: Australia ended the first day on 214 for 8, on the back of a magnificent captains’ knock from Michael Clarke. He was the last man out on 151, scoring over half of Australia’s first innings total of 284. Many in the know considered this a total that South Africa would struggle to reach.

They were right, but they certainly didn’t expect the South African team to be skittled for fewer than 100 runs, courtesy of a devastating fiver from Shane Watson. He and Ryan Harris seared the undercooked Proteas, who, apart from scratchy resistance from Smith and Rudolph, fell apart like a cake in a cupboard. The Aussies had a 188-run lead and it wasn’t even tea-time on the second day.

At this stage, a few of the Twitterati in Cape Town were already offering their Saturday tickets for sale at a reduced price in anticipation of a heavily truncated match. And they too were right, but few could have anticipated that the cricket gods would turn the weirdness up to 11 and break off the knob.

If the South Africans had looked all at sea against the Aussie bowling attack, then the Aussies were wearing concrete shoes and sleeping with the fishes and the Great Whites. Tea was taken with the visitors three wickets down in just six short overs, with the rest of the wickets falling in twice that amount after lunch.

The Aussies made just 45 runs in their second innings. At one point they were 21 for 9, and threatening to post a new record for the lowest Test innings ever. Only a 26-run partnership for the final wicket saved them from complete ignominity.

And then, suddenly, the madness lifted. South Africa came in to bat for the final innings and at stumps had scored 81 runs with nine wickets in hand, needing 155 runs to win what will go down in history as a very strange match.  Whatever demons were in the pitch seem to have been exorcised, whatever dark gods had been angered appear to have slaked their thirsts on the blood that they drew today. Either side can still win this match, although the smart money is on the Proteas. There might still be a twist to this David Lynch movie of a Test. Maybe it will all end in a tie.

But end it will, well within three days. Initially I felt cheated: our maximum ten days’ of Test cricket with the Aussies has been further reduced to eight. On the other hand, so much history has been made in such a short space of time. This Test may be the fulcrum on which Ricky Ponting’s career turns. He’s only got four chances to prove himself in South Africa and he’s blown two of them.

This Test may also be the start of a long and illustrious career for Vernon Philander, if he’s able to consistently do what he’s done so far with the new ball. To have him in the starting XI is one thing, to have him open the bowling ahead of Morne Morkel is quite another. To have him take eight wickets in his debut match, including 5/15 in the second innings, is beyond the imagination of even the most fevered brows of a subcontinental bookie.

The Aussies will have to hope for a miracle to win this one. Whichever side does win may be too shell-shocked to fully appreciate the victory. This great rivalry has produced another classic, part horror, part fantasy. DM