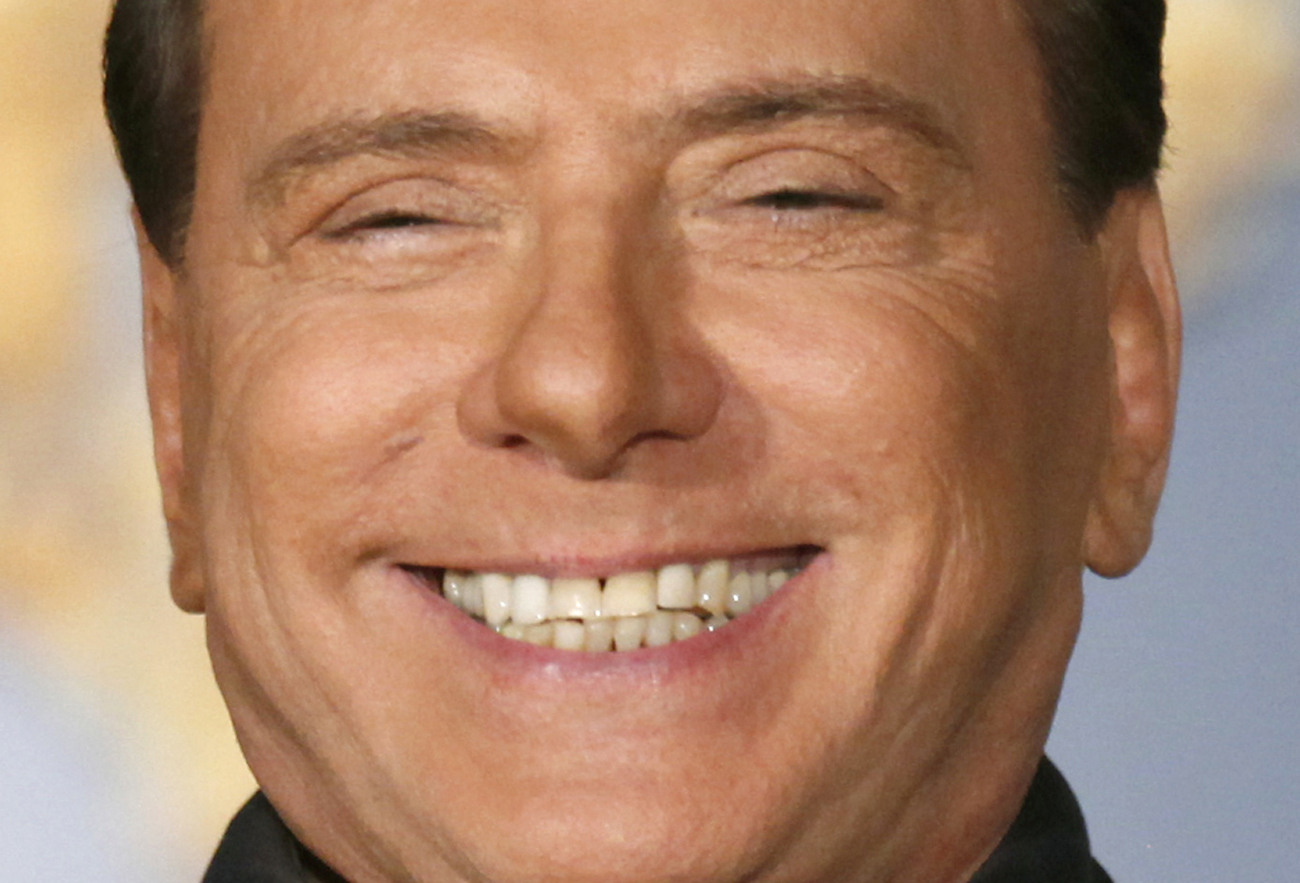 It’s not difficult to imagine Silvio Berlusconi’s Italian leadership is dead, mostly because he pastes so much make-up on his Botoxed visage that he looks like he’s lying in state. Is this it for the scourge of Italian politics? It looks that way. And the most incredible thing of all? It isn’t Italians who’ll be kicking him out of office, but Italy’s debt holders, who are about as Italian as a deep dish Hawaiian pizza. On Silvio Berlusconi, and the end of democracy in Europe. By RICHARD POPLAK (@poplak).

For some reason, Silvio Berlusconi, a creep of no small measure, escapes the sort of censure that follows even the most benign of African leaders. (I’m thinking here of Jacob Zuma, Polygamist and Left Wing Radical, Esq.) The reasons for this are, of course, no less bigoted than the assumption that South Africa’s president, like most African males, is an out-of-control sex maniac. Blacks are dangerous. But Italians are Italians, harmless if lascivious, and Silvio Berlusconi is the most Italian of them all. Bada-bing, bada-boom—and dat’s da end of da story.

Now that Berlusconi—through political intransigence born of the fact that he needs to run Italy to cover his own backside (remember, this is the only democratically elected politician in the world who has two choices: Prime Minister or inmate)—has brought the eurozone to the brink of collapse perhaps it is time to reassess his standing in the global rankings of Scumbag Supreme.

There are those who would argue he hasn’t killed anyone of late, ranking him below the likes of Robert Mugabe and the good folks who run Burma. But that’s not entirely true. He’s killed plenty of people, merely by going along with Nato’s bombing campaign in Libya. Worse than those that engineered the campaign, he did it half-interestedly, as an afterthought, and as a way to keep Nikolas Sarkozy off his back while he fought to maintain power. No, no—Berlusconi is a killer. He doesn’t even escape on that score. (Lest we forget that prior to Gaddafi’s downfall, Berlusconi was kissing the man’s hand, and declaring—deep into the uprising—that “Libyans love their leader.”) Not least among his victims is Italy. But before we go there, let’s consider the fact that he has paid an underage prostitute to perform at his infamous Bunga-Bunga parties, and then tried to use his influence to get her out of jail when she got busted. Through his domination of the Italian media via RIA and other cable and publishing outfits, he has blurred the line between politics and entertainment, between journalism and the indiscriminate praising of Caesar, in a manner that boggles the mind. (Please seek out and watch a documentary called Videocracy. It’ll keep you awake at night.) RIA makes Fox News look like a poetry reading, and its job is the buffing of Mr. B’s cult of personality.

There is an excellent argument to be made for the fact that Italians, by putting up with Berlusconi, have exhibited the most advanced version of late-capitalist social-democratic sophistication. What difference does it make who runs the joint? At least Berlusconi is one of us! As noted by Beppe Severgnini, Italian columnist and author of the deadpan Mamma Mia!, Berlusconi loves his mom, adores women, praises the church without following one of its tenets, makes fortunes, is convivial to a fault, and is Earth’s most vigorous proponent of la dolce vita. He is an Italian caricature, the male blown up to enormous, billboard-sized proportions. And in this, the Italian polity would be correct. The guy is a known known. In America, the current president pretended to be Jesus for the duration of his election campaign, and then—surprise!—turned out to be just like the other fellows. Italians know better. They’re all the same, these politicians.

Perhaps. But this is no longer a cultural issue. It’s a structural one. What Italians needed was not someone who would cynically maintain the status quo to stay in power and out of prison. Italians could have used something more than the very little they expected. They required a leader to make difficult decisions, to restructure their economy and to reduce the appalling amount of debt that was fuelling the entitlements they have come to believe are their God-given right. In short, they needed the sort of technocrat who embodies absolutely no “Italian” values whatsoever, at least not in the way Mr. B understands them. (It doesn’t help that Italy’s sclerotic political class offers voters approximately zero alternatives to the fool they have voted in on three separate occasions.)

The man is, after all, a clown. A buffoon who didn’t seem to grasp the seriousness of the situation, even when it was clear that market worries about Greece and Italy could bring Europe to its knees. Last week, he somehow found the energy and aesthetic insight to slag Angela Merkel’s looks, when he should have been coming round to the fact that she is more a mama than his actual mama is. The breast milk he needs is liquidity from German taxpayers, administered by Merkel and her pals, and the assurance that the banks that hold Italian debt will keep operating so that the fiction of Italian viability doesn’t sour into non-fiction.

More egregious than that—and at the very point where Italians and the rest of us need to start thinking about the ultimate cost of apathy—is that Berlusconi will not be tossed from office by voters. He will not be ousted by anything that resembles democratic process. In this, and by allowing Berlusconi and his cronies to run Italy like a junk-bond retailer for the past decades, Italians have mortgaged their country to Europe, certainly, but also to the holders of Italian debt. The market is firing Berlusconi because his country is too big to bail out, and way too big to fail. He’s being canned by investment brokers, like the CEO of a grocery chain that botched an IPO.

Berlusconi didn’t just continue the longstanding joke about Italian democracy’s dysfunction—he literally destroyed Italian democracy. This will be his legacy, not Bunga-Bunga parties and boning teenage hookers. And by doing so—by coming this close to reducing Italian bonds to junk status merely by breathing—Mr. B has helped nudge Europe further into the hands of faceless, unaccountable, stateless technocrats, who aren’t beholden to voters, but work at the behest of investment banks and their stakeholders.

As Silvio Berlusconi and his friends and enemies try to figure out a way for him to exit gracefully and save face—although his actual face could probably withstand a direct hit from a nuclear bomb—Europe teeters on the brink of financial calamity, and with it, the world. That so much should rest in the manicured hands of a sleaze-ball TV tycoon who ripped off his country and used a rancid democracy to stay out of jail should be a lesson to us all.

We’re so far gone, I’m not sure we’re worth saving. Maybe the Italians had it right all along. Maybe they knew this idiot would bring down the house of cards, and that when everything lies in ruins, we can rebuild again. And enjoy a few Bunga-Bunga parties along the way. DM