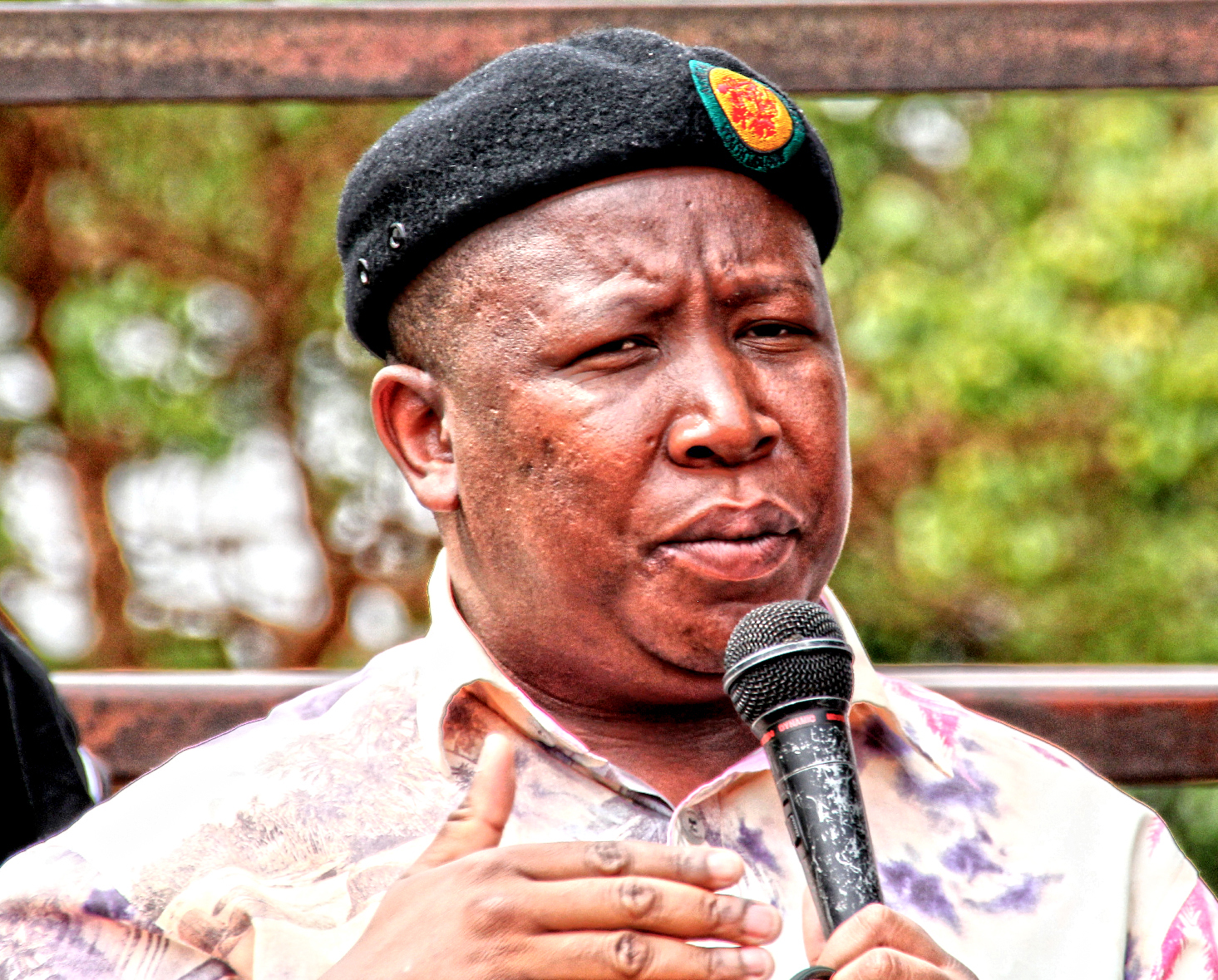 It's D-day for Malema. You've seen the billboard so many times already, we can understand if you don't care that much anymore. But if you take one look at the Moody's decision to downgrade South Africa's outlook, you will know that what happens to Julius Malema today matters. Big time. By STEPHEN GROOTES (@stephengrootes).

There has been much speculation, much gnashing of teeth, some stone-throwing and vandalising of Johannesburg city centre since Malema was charged. But now it’s time to put our whatsits on the line. Here’s what we think will happen. And if we’re wrong, good luck trying to find this piece on this website after the verdict is given.

Right, let’s start with a view from a little way back. As I’ve said before, this hearing has never been just about Julius Malema, President Jacob Zuma and ANC secretary-general Gwede Mantashe. It has been about many things, most important of them the future of the ANC as a coherent political party/movement. If Malema is seen to get off, he will be uncontrollable. As a result, the party will be ungovernable. And it could be the starting point of the Alliance’s unravelling.

Surely the ANC’s disciplinary committee people know this. And there will be those, including Tokyo Sexwale and Winnie Madikizela-Mandela, who will say that everyone deserves a second chance. That the ANC should not turn its back on anyone permanently. The problem is, lest we forget, that last year Malema used his chance. He was accused of sowing division, and then, in a plea bargain, essentially promised not to do it again. But by doing it again, he’s made the panel look foolish. And if there’s one thing the ANC really cannot afford at the moment, it’s for the disciplinary panel to look foolish.

This means that if it decides Malema is innocent, it will have to justify that quite carefully. How can Malema be found guilty of sowing division for comparing Zuma and former President Thabo Mbeki, and then not found guilty for saying that since Mbeki left office, the African agenda has gone nowhere? The statements seem, to this non-legally trained mind, to be one and the same.

Then we have bringing the party into disrepute. This relates, in the main, to the comments that Malema made that the League would join with opposition parties in their quest to overthrow the government of Botswana. The ANC’s constitution is very clear, only the ANC can talk about foreign relations. Difficult to argue with, that.

Right then. Those are the main charges. Now, let’s look at the arguments Malema and his witnesses could have brought. Tricky, because we weren’t in the hearings. But we do know a bit about what the witnesses were due to say. Winnie Madikizela-Mandela spoke about the independence of the League. This goes to the argument that Malema was speaking on behalf of the League, and thus cannot be charged in his capacity as an ANC member. However the ANC generally seems to see ANC members as ANC members. That’s it. In the past, a leadership position has been no defence. Tokyo Sexwale, we’re told, came to speak about the dangers of throwing Malema out. No doubt he had plenty to say. But any dangers posed by taking strong action against Malema can surely be out-shone by the dangers of keeping him in.

So then, if Malema is found guilty, what kind of sentence could he get? Will he be expelled, suspended, or fined? Or punished in some other kind of way?

To start backwards, last time the panel tried “political education” and anger management classes. There hasn’t been a noticeable change in Malema’s behaviour. They also tried a fine. The whole ANC Youth League’s national executive committee decided to help pay it. They also went to class with him in solidarity. It would seem the panel is going to make damn sure he’s singled out this time, that there’s no way anyone can help soften the blow for him. So a monetary punishment is out. And any ideas of a suspended sentence can be forgotten as well. Last time he was told that if he transgressed again, he would be suspended for two years. Difficult to make threats if you don’t follow them through.

That really leaves the other two options: suspension or expulsion.

Expulsion seems unlikely. It will up the ante. Malema will be forced to appeal the whole way, through the appeals panel, the NEC and then, really, up to and including next year’s Mangaung Conference. It will also incense those who are with him. But more than that, it will give Malema a focal point. Something he’s been missing through the last few weeks. It will make it easier for him to motivate people to rally to his side. And not just politicians, ANC leaders and members of the NEC who are sympathetic, but also those from Limpopo who couldn’t contain their anger when he was charged.

So that points to a suspension. The problem with a suspension is that it has to be carefully calibrated. It cannot be just for a month or two. The panel would look weak. But it can’t be so long that it amounts to a de facto expulsion – although that could be a tempting option. And then there’s Mangaung to consider. Should the suspension go past December 2012 or not? Or will it, as it has already been suggested by some rumours, stop just short. In other words a suspension of around a year.

It has several benefits. It’s harsh, but not overly so. It’s not permanent. It’s leaves room for the ANC to continue to claim that it always tries to educate people. It also removes a focal point from Malema’s armoury. There will be less anger for him to use against the ANC. One year suspension indeed is a strong contender.

If all of this happens, there are few questions about Malema’s strategy. He will almost certainly appeal, unless it’s a very light sentence. So he will prolong the process. But by doing that, he could end up making his year-long sentence stretch past Mangaung. So he’ll have to think quite carefully. The League may also try to make some point about whether he can stay on as ANC Youth League leader. That’s unlikely to fly, and would simply incur more risk.

Today is an important day. There will be ramifications for some time. In a way the ANC is at a crossroads. Malema has been the most powerful force to emerge in the party since Polokwane. If he loses this fight, Zuma will be very much in charge. That would tighten the steering of the good ship ANC. We could expect more decisiveness, more confidence. And an end to the nationalisation debate. DM