Let the (opposition) party begin, or not

Let the (opposition) party begin, or not 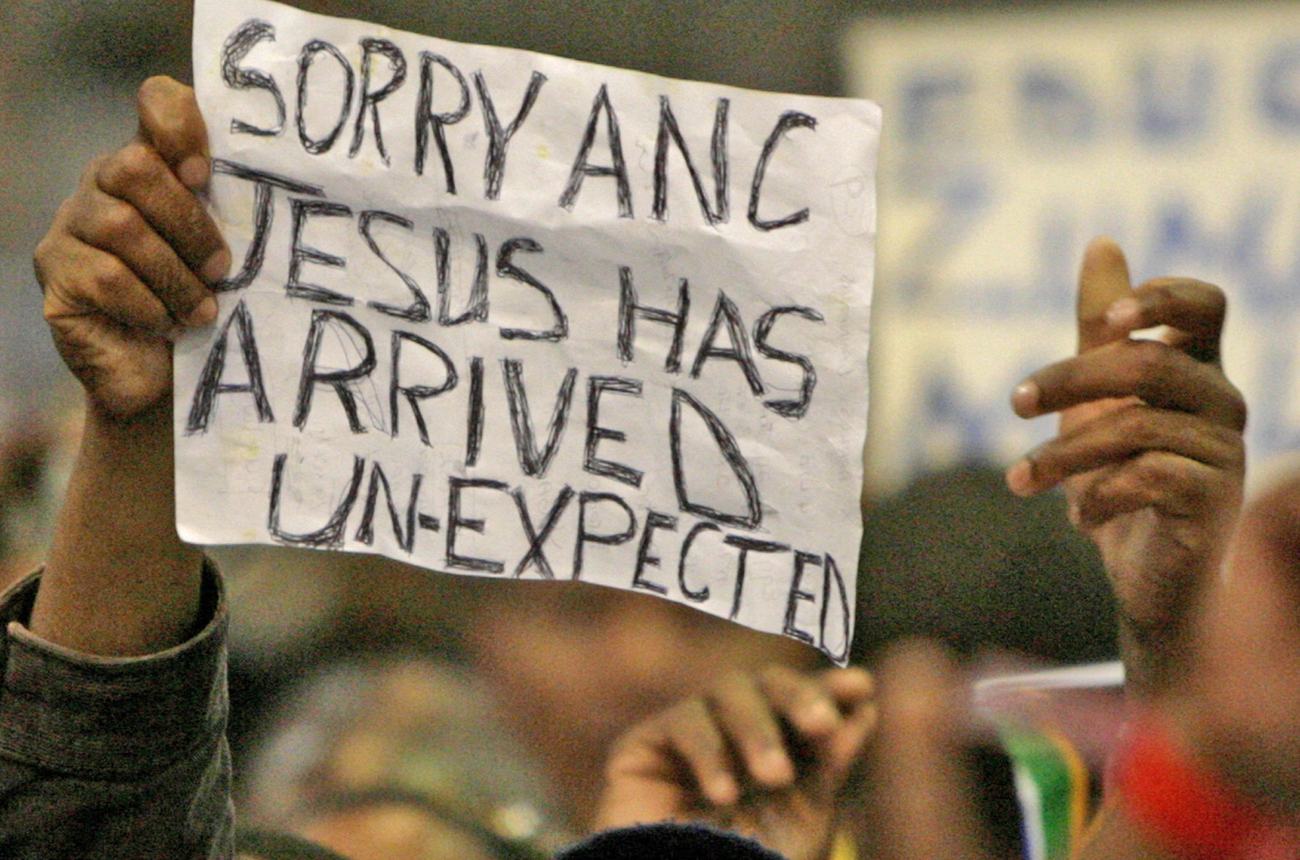 Confused or not, reality or fiction, the calls for creating a greater body of opposition to the ANC will only gain in strength over time. Sooner or later, that moment will come. By STEPHEN GROOTES.

Cope is confused, but you knew that already. One day there’s a push for a merger of opposition parties, then a denial. Then there’s a push for a coalition of opposition parties. Then a denial. Then on Monday, Cope leader (kind of) Mosouia Lekota wrote a lengthy call in the Business Day for the formation of an alliance to take on the ANC. The denial is no doubt in the post. Lekota used much of the space to simply bash the ANC, but having said that, the discussion around a more united opposition is gaining momentum. It won’t be easy, and there are plenty of pitfalls to watch out for.

The first and most pressing warning to give to anyone thinking of forming a united opposition party in South Africa is simply to avoid Cope at all costs. It may be tempting to marry the resources and organisation of the DA with the, well, darker hue of Cope’s leaders, but don’t do it. It’s not just about the brand damage that Cope will bring with it, the lust for leadership bloodletting and the sheer chaos that could then overcome your organisation. It’s also because one of the reasons Cope has failed so comprehensively is that it appears to be completely riven with spies. Really. Look at the background of the person currently in charge of the ANC. He ran the ANC’s intelligence operations for ages. Do you really think he was going to let people just run off from the organisation and sit back on his hands and do nothing? And look how successful that little operation has been. Cope is a disaster. And if you take it in with you, its little disasters will come along with it. And bear in mind, if there’s one thing that can really sink a political party quickly, it’s a lack of trust. One reason why the DA has grown is that has managed the issues of trust and discipline so well. Cope has failed on both counts.

However the one lesson Cope has taught us is that there are millions of people, not natural DA voters, who are willing to back an alternative. It’s a lesson the ANC must heed carefully.

Still, there is a much bigger reason why a merger/coalition/realignment simply won’t work. It’s simply this: the broad church that it would have to be would be just too broad. We often criticise the ANC for being overly broad. It’s led us to a policy lock. The party cannot agree on anything, and thus it’s left with broad promises that don’t actually mean anything.

Well its ideological breadth would be nothing compared to a merger of the current opposition parties. And the DA knows that it has very little in common with the PAC. Somehow it’s difficult to imagine the Equal Opportunity Society in the Republic of Azania. And that’s before we start on the only policy that really matters, economic policy.

The other problem are likely merger-ees will face is that some of the smaller parties have turned into vanity projects. Yes, the IFP would have to be one of those. And there are those who might think that Bantu Holimisa’s United Democratic Movement would have to be another. The problem with dealing with these is that their sole reason for existence, i.e. their leaders, will squabble permanently about that position they hold. And every policy fight will be about personalities.

Then there’s the religious angle. The African Christian Democratic Party is more consumed about the name of Devil’s Peak than about actually governing. Sad, but true. And of course there’s the minority of minorities party, the Freedom Front Plus. You think I’m being overly harsh? There is a direct link between what happened at the Reitz Hostel at the University of the Free State and the FF+’s campaign to stop the desegregation of the residences there the year before.

All in all, the church is just too broad. Having said that, there are some strategies for, over time, pushing for a “realignment”. The first task is to generate some form of trust. The best way to do that is to rule together in coalitions. This the DA has grasped with some aplomb. You don’t win in a municipality, but you and the other opposition parties get more votes than the ANC. You rule together, after some pretty ugly negotiating. Over time, you all begin to trust each other. You know what is negotiable and what is not. Your leaders become drawn into conversations with each other. In time, trust is generated – particularly when a coalition withstands everything the ANC can throw at it. Of course the blueprint for this is the City of Cape Town. What started as a coalition with the Independent Democrats has become a full-scale merger.

Then perhaps, what can come next is a rough charter, a broad outline of things people do agree on. It mustn’t be long, it mustn’t be detailed. But it must have the essence of something. If we’re talking opposition parties, it can be a commitment to constitutionalism rather than majoritarianism. Yes, that means a commitment to the Constitution, rather than rule by numbers. It’s pretty low hanging fruit; opposition parties should be able to agree on that with a bit of a push.

But the real factor that drives any political trend in South Africa is still the ANC. And it’s what happens there that will actually determine the look of any future united opposition. Should any part of the Alliance split off, or events such as a hugely disruptive conference (possibly as early as next year!) occur, it’s who does what that will matter. You can imagine how a Cosatu-ish split would shake up everything. There would be a huge rush to somehow cosy up to them.

Despite the best wishes of Lekota, and some perhaps in the DA, it seems the time is not yet ripe for such a big shift. But we mustn’t underestimate how quickly change can happen. Who would have thought five years ago the DA could come as close to governing Port Elizabeth as it did in this year’s polls? Or that Lindiwe Mazibuko (who would have been in her mid-twenties then) would now be the parliamentary face of the opposition? Change will come. The only question is when. DM