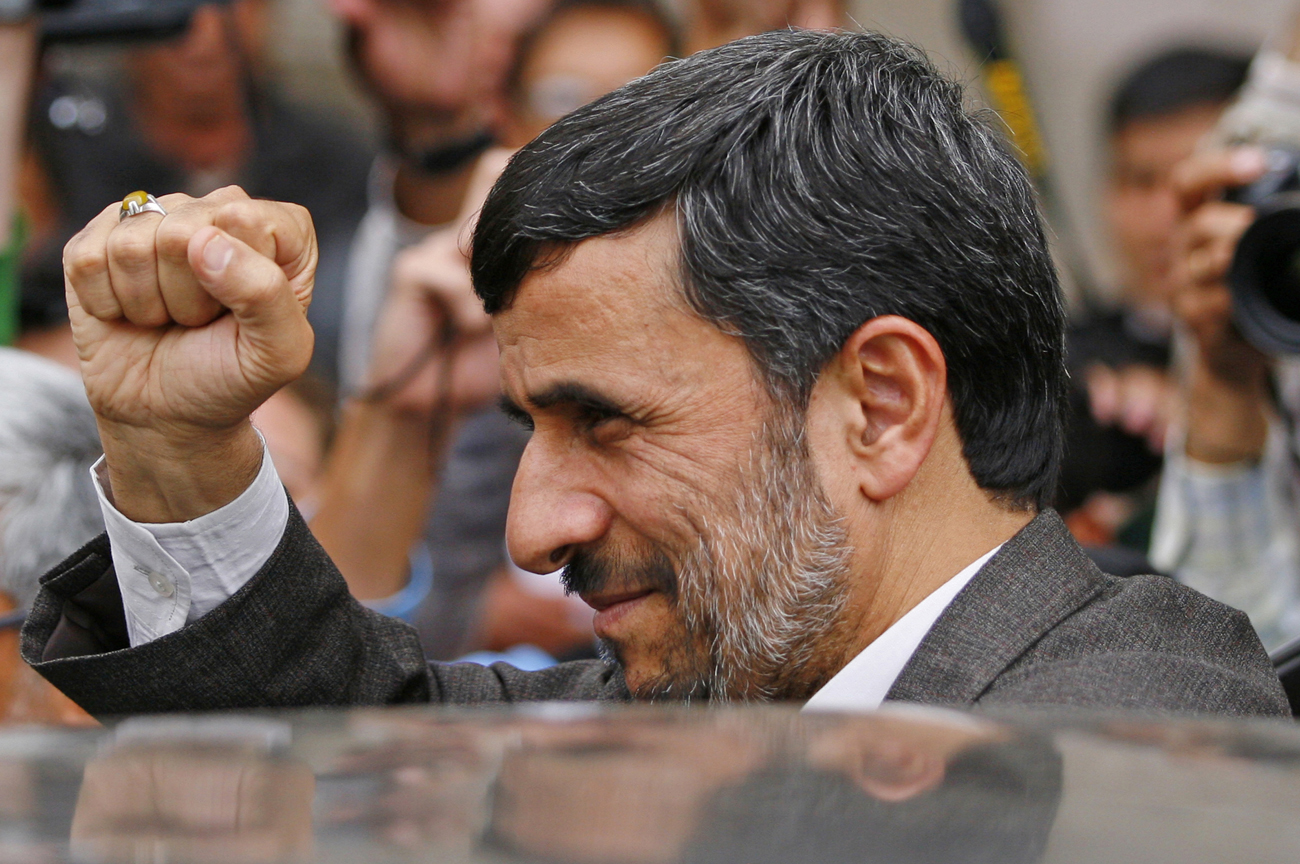 The UN nuclear watchdog, the International Atomic Energy Agency, is expected to issue its most detailed report yet on research in Iran’s potential for the development of nuclear weapons. Already, fears have been stoked by early leaks that claim the report has found that Iran evidence of an advanced warhead blueprint and a site where it may have been tested. By KHADIJA PATEL.

These are challenging times in the Middle East. The Palestinian Authority’s Mahmoud Abbas has curried great favour for the Palestinian cause by opting to pursue more diplomatic channels to raise awareness of the statelessness of the Palestinian people. Winning the first tentative nod from Unesco last week, Abbas has incurred the wrath of the Israeli government who have threatened to curtail the freedom of movement especially endowed to senior Palestinian politicians. And while Israel does its best to maintain the status quo internally, the entire region stands at the precipice of great change.

The imminent withdrawal of American troops from Iraq is feared to be an opportunity for Iran to extend its influence over Baghdad. So heightened are these fears that reports of Iranian yoghurt on sale in Iraqi supermarkets are seen as proof of a “seeping” Iranian influence in Iraq.  Iran’s other ally in the region, Syria, has been castigated by the international community for violently clamping down on pro-democracy demonstrations. If Syrian President Bashar Al-Assad does achieve the improbable and manage to cling to power in the coming months, the alliance of Iran, Iraq and Syria may well prove indomitable. Saudi Arabia will be demeaned by such an alliance but it is Israel that will feel especially persecuted.

When Israeli Prime Minister Benjamin Netanyahu addressed the Israeli public on the details of the prisoner exchange with Islamist movement, Hamas, last month he said, “I believe that we have reached the best deal we could have at this time, when storms are sweeping the Middle East.” He added, “It is very possible that this window of opportunity that opened because of the circumstances, would close indefinitely and we would never have been able to bring Gilad home at all.”

The Israeli government understands well that it will have to work harder to stave off Iranian challenges to its legitimacy.

Israeli President Shimon Peres warned on Sunday that an Israeli attack on Iran is becoming increasingly likely. “The possibility of a military attack against Iran is now closer to being applied than the application of a diplomatic option,” Peres told the Israel Hayom daily.”We must stay calm and resist pressure so that we can consider every alternative,” he added.

“I don’t think that any decision has already been made, but there is an impression that Iran is getting closer to nuclear weapons.”

It is this fear of Iran’s potential to build a nuclear warhead that has charged threats of military strikes.  The findings of the IAEA report have already been disclosed to the Iranian government but it will be another two days before IAEA members are privy to the findings.

Previous IAEA assessments have focussed on Iran’s efforts to produce fissile material — uranium and plutonium — that can be used for power generation and other peaceful uses, but also for the core of a nuclear warhead. This latest report will however focus on Iran’s alleged efforts to put the fissile material in a warhead and develop missiles to carry them to a target. Early leaks indicate the IAEA report will unveil details of an advanced warhead blueprint and a site where it may have been tested.

The Washington Post on Monday quoted Western officials as saying that the new information gleaned during investigations for the report reinforced concerns that Iran continued to conduct weapons-related research after 2003 when, according to US intelligence agencies, Iranian leaders halted such experiments in response to international and domestic pressures.

Iran continues to insist that its nuclear programme is aimed exclusively at generating power for civilian purposes. Iranian Foreign Minister Ali Akbar Salehi is reported to have said the alleged evidence is a fabrication and part of a multi-pronged US smear campaign against his country.

In recent days, speculation in Israel has risen about the possibility of a pre-emptive strike against Iranian nuclear facilities. Initially Israeli newspapers Haaretz reported that Prime Minister Benjamin Netanyahu and Defence Minister Ehud Barak had sought cabinet support for an attack. Soon thereafter Israeli military carried out what Israeli media described as a “ballistic missile” test, as well as a large-scale civil defence drill simulating the response to conventional and non-conventional missile attacks. The Israeli government insists that these were scheduled exercises.

On Sunday, Haaretz is said to have reported that US officials had failed to secure a commitment from Israel that it would coordinate any attack plans with Washington. Israel however is not the only nation readying itself for a potential war with Iran.

The Guardian revealed last week that Britain’s armed forces are stepping up their contingency planning for potential military action against Iran amid mounting concern about Tehran’s nuclear enrichment programme. Unnamed officials from the British Ministry of Defence are reported by The Guardian to say that the US may decide to fast-forward plans for targeted missile strikes at some key Iranian facilities.

Security analysts however have however cautioned against what they fear could be an overreaction to the report, saying there is still time to persuade Iran to change its behaviour.

Dr. Trita Parsi the author of Treacherous Alliance – The Secret Dealings of Iran, Israel and the United States, points out that Israeli threats of a military strike against Iran are not new. “By now, as WikiLeaks documents show, U.S. officials tend to view the Israeli threats as a pressure tactic to get the United States and Europe to adopt tougher measures against Iran, and to refrain from any compromise with Tehran over the nuclear issue. These intense periods of Israeli warnings about its imminent intent to bomb Iran have indeed tended to coincide with times when the international community has been debating additional sanctions on Tehran,” he writes.

All this war talk may just be yet another attempt by the Israelis to force the Obama administration and the French government to take a tougher line against Tehran. For now at least, a nuclear war may be averted. DM