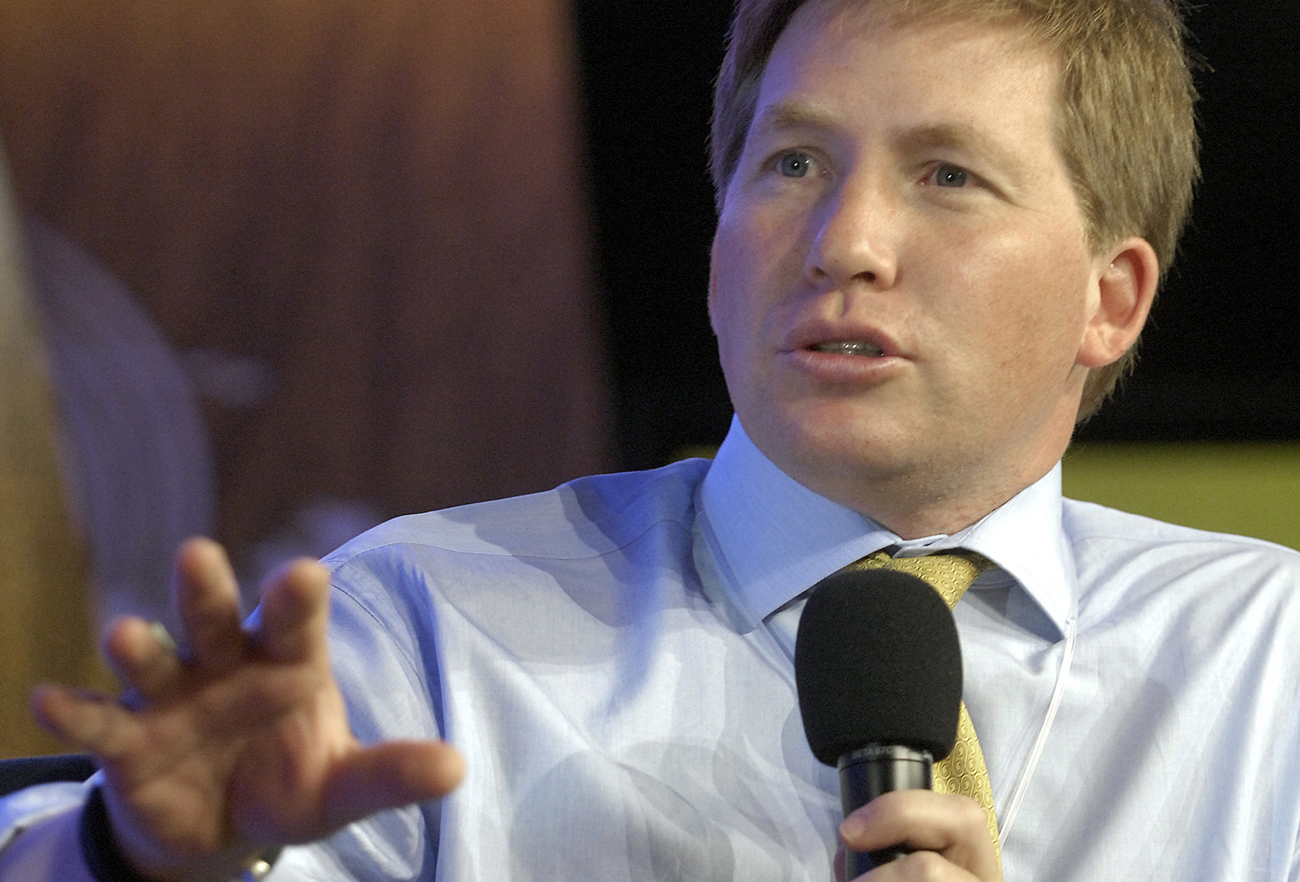 Hey, someone had to write that headline. The De Beers Diamond Group will be bought by Anglo American for $5.1 billion. The Oppenheimer family is cashing out. Diamonds may be forever, but selling them, it seems, has a best-buy date. Not a desperately serious look by RICHARD POPLAK.

Sir Ernest Oppenheimer was, by all accounts, a man not to be messed with. He was born in Freiberg, Germany, to a cigar merchant, and found himself in London at the age of 17 working in a diamond brokerage house. Dunkelsbuhler & Company liked what they saw in the boy, who was a hard worker and a pugilist by nature. They sent him to South Africa, to the embankments of the Kimberley Hole to represent them. Sadly for them, he wasn’t interested in representing anyone but himself. He looked around, and set off to find the biggest guy in town from whom to wrest a company. That fellow was Cecil John Rhodes.

In 1902, diamonds were discovered in a rich pipe of kimberlite that came to be called Cullinan. The resultant mine and its owner, Sir Thomas Cullinan, were different, mostly because they refused to sell to the reigning cartel—a little company called De Beers Consolidated Mines. De Beers was lorded over by Cecil John Rhodes, who effectively ran the diamond industry as a personal fiefdom, controlling 90% of the market. Rhodes was backed by the Rothschild family, and the company originally represented a consortium of Rhodes and Barney Barnato’s holdings. Over the years, the company created the diamond brand, fixing prices to such an extent that something with no value, outside of specific industries like glass cutting, became a sound investment and a luxury product.

It so happened that Cullinan Mine started digging up their own shiny baubles, shunning De Beers for Ernie Oppenheimer, late of Dunkelsbuhler & Company. De Beers viewed this as an unwelcome development, and it indeed signaled the beginning of the end of the company’s first era. For Cullinan soon equaled De Beers in production and, adding insult to injury, in 1905 (three years after Rhodes’ death) mined the biggest rough stone ever found. The Cullinan Diamond in its uncut form weighed 3106 carats—over half a kilogram. This was serious bling, which today might have found its way into L’il Wayne’s teeth, but was then chopped into the Great Star of Africa, and used to tart up His Majesty’s royal appurtenences.

Ernest Oppenheimer’s wealth and power shot into the stratosphere. In 1917, he started up the Anglo American Corporation, backed by J.P. Morgan. Ten years later, after buying himself a seat on the board of De Beers, he put Cecil John Rhodes’ remaining legacy in a chokehold, and squeezed until it cried “Uncle.” That, in a nutshell, is how Oppenheimer came to own one of this country’s emblematic companies. Once under the Oppenheimer ambit, De Beers really started getting nasty. The CIA complained that Oppenheimer restricted rough diamond sales to the United States during World War II. (Unsubstantiated, mind.) Every other diamond producer was forced to sell their goods through the De Beers channel. If they refused, De Beers simply flooded the market with their product, duly sinking them. The company was notorious for purchasing and stockpiling diamonds, trickling them into the market in order to control prices. The diamond industry was a genuine cartel, run by one company, dominated by one family. When Frances Gerety of N.W. Ayer and Son coined the phrase “A Diamond is Forever,” it was game over. De Beers and diamonds became synonymous.

It had to end, and it did. By the year 2000, De Beers were reduced to owning 40 percent of the market. Their cartel had been smashed by developers in Russia, China and Canada. They were now in bed with the Namibian government for 50 percent of Namdeb, and the Botswana government for 50 percent of Debswana. And yet, they still dominated, if not in terms of market share, then by a form of Spock-like mind control over their contemporaries in the industry.

A family business is bound to end up resembling a nasty soap opera. De Beers and the Openheimers have of late drifted in choppy waters, the family reportedly at one another’s throats. Nicky Oppenheimer—Ernest’s grandson—is the last in a line of successors; there will be no Oppenheimers willing to take the reigns when he retires. So the biggest non-surprise in the diamond industry hit markets last week as a surprise: Anglo American will be buying the Oppenheimer’s 40 percent stake in De Beers for $5.1 billion, which will give them 85 percent of the company, unless the Botswana government exercises their right to buy another 10 percent. (They currently own 15 percent.)

Is it worth that much? Most analysts argue that it isn’t. For all the noise it creates, the diamond industry is small beer—an estimated $13 billion in diamonds are produced worldwide per year, which makes it roughly equivalent to iPad 2 sales in Indonesia. Global diamond jewelry sales are a different story—at $72 billion per year, and growing due to the increase in demand from emerging markets. Nonetheless, seventy percent of the stones mined come from Africa, and in the legal market they employ millions. In short, as far as Africa is concerned, the health of the diamond industry is critical.

So what this sale signals is, perhaps, the maturing of the diamond industry from a “ghastly little club,” in the words of one analyst, to a transparently run business. The Oppenheimer clan stands to make 20 percent more if Anglo lists De Beers in the first year, which Anglo claims they have no interest in doing.

And that’s the end of that. What Christmastime will be like around the Oppenheimer family tree is anyone’s guess, but one imagines that they’ll be able to afford some impressive presents—according to my calculations, they can now buy 82,413 Maybachs each, factoring in a bulk-buy discount. The family will now step away from almost one century of dominating the diamond industry, and being one of the most powerful and renowned entities on the continent.

Diamonds are forever; family businesses are not. One wonders if Ernest Oppenheimer is turning in his grave. Probably not. He’s too busy kicking Cecil John Rhodes’ ass in a cage match in hell. DM