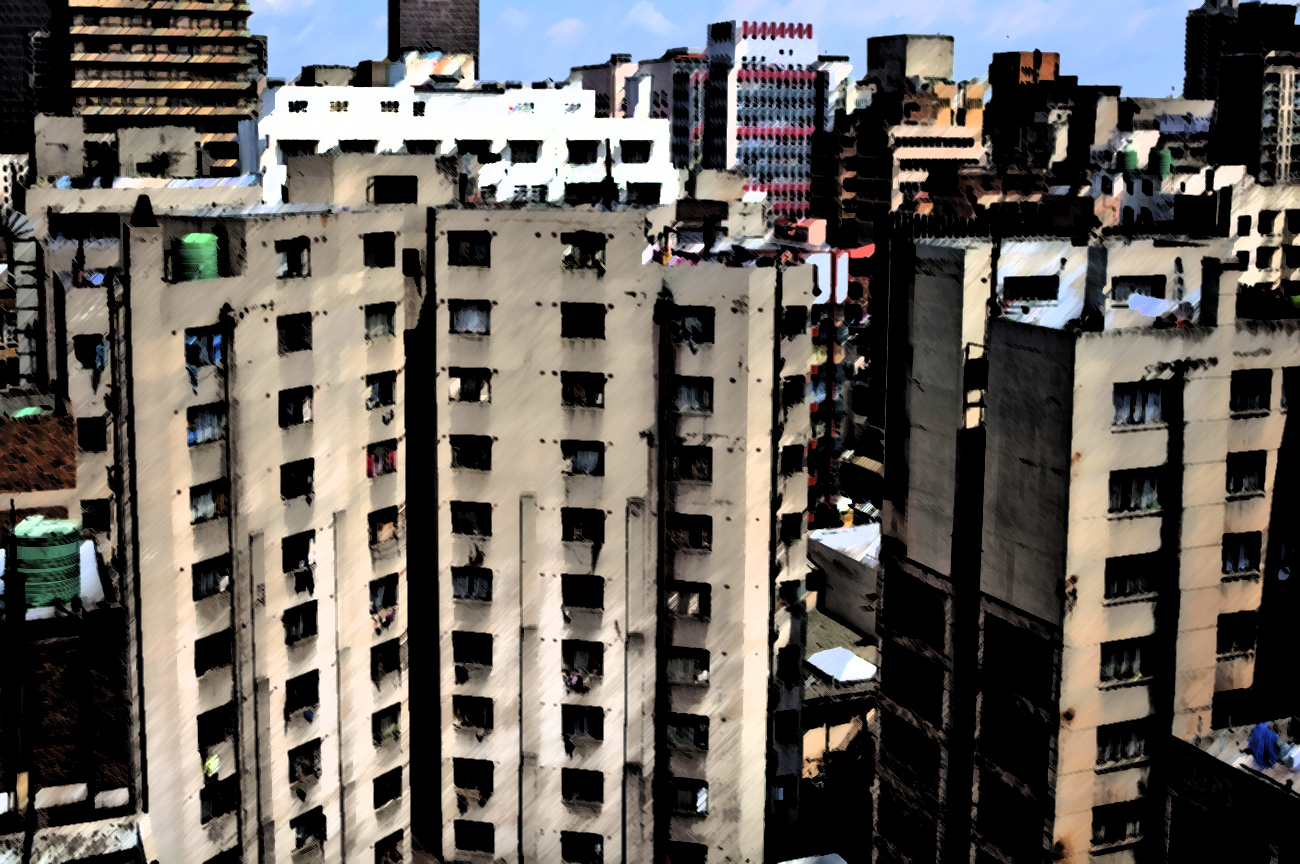 On Thursday the Constitutional Court heard a case involving this balance. Slightly surprisingly, several of the judges appeared to be standing up for the rights of the landlord. Yes really. STEPHEN GROOTES was in the public gallery.

We at the Daily Maverick have a proud interest in the creation of capital. We like to discuss, think about and examine how wealth can be created. We believe, strongly, that part of the foundation to this process is property rights. This is why we have such a strong interest in the balance between the rights of landlords, and the rights of tenants. I, personally, believe that this balance is currently heavily tilted towards tenants, in a way that is destructive to the rental market. As a result, there is not enough low-cost housing.

It’s a case that seems to directly pit the right of a landlord to seek profit against the right of a tenant to adequate housing. The landlord is Aengus Lifestyle Properties. It owns, among other things, some buildings in the Joburg CBD. The applicants are a group of around 17 (I say “around” because there’s a bit of confusion around how many people are actually involved in this case) people who have been renting their flats for between four and 17 years. The landlord decided it needed to make more money from its properties. Thus it terminated the renters’ leases, using the termination clause in the contract it had with them. The renters went to court, lost, went to Bloemfontein, lost, and then had their day on Constitution Hill.

On the face of it, it would seem incredibly heartless to turf people out simply to make more money. Of course, it’s far more complicated than that. For a start, there are agreements in place. Then there’s the fact that it would be impossible to ever improve the inner city if no one is ever allowed to be evicted. And then there’s the immortal South African question (for us filthy capitalists, at any rate), do the rich have rights too?

The judges were strongly engaged in his. The advocate for the renters, Daniel Berger, had a torrid morning. At one point it seemed almost like the legal equivalent of WWF tag-teaming, as judges would line up to punch through questions. Zac Yacoob wanted to know whether a clause to terminate the contract was specified in the contract or not. Then he demanded whether the ground on which the landlord relies (i.e.to cancel the contract simply to put up the rent) was specified. Berger replied that “there can’t simply be a termination clause, and thus I’m using the right to terminate the contract because there’s a termination clause”, when the real motivation is to put up the rent by 100%.

The ground for termination must be because I want to increase the rent by 100%, he argued. Oh really, said Yacoob, “why is the motive relevant, where does the legislature say that the motive is relevant?” And while Berger was still chewing on that, he followed up with the sucker punch, what if the “termination occurred purely without the landlord disclosing the ground”? Berger responded with “we say the landlord can be called upon to disclose his reasons.”

It was clear Berger’s clients had a lot to do to convince the judges here. But the main issue was still to come. It was Judge Edwin Cameron, along with Deputy Chief Justice Dikgang Moseneke who kept returning to it. They are very worried about what they call the “social cost” of these problems, and who should pay for it. In other words, why, they asked repeatedly, should the landlord pay to keep these people in this accommodation? It is the landlord who would suffer if these people were allowed to remain in these properties, and paying these (lower than they otherwise would be) rents.

But the judges weren’t finished yet. There’s some explanation required here, but stay with us, because it relates directly to South Africa as a developing country.

The Inner City Resources Centre is acting as an Amicus Curie in the case, and made an argument pretty much relating to why the tenants should be allowed to stay on in the properties. Their lawyer, Heidi Barnes, mentioned the situation in Germany and Canada, where, she said, there is no way these people would be evicted, simply because of the disproportionate effect this would have. They would be homeless so a company could make more money. But, said Cameron, we are different to those countries. Is there not, he asked, a case to answer about the exercise of judicial function? In Germany and Canada, there is 101% housing stock, they are affluent countries; in a state with 100% housing stock, an eviction would be impermissible. But in a developing country, with a developmental economic model, might it not be important for social enterprises to generate low cost housing through capital accumulation through the rental market?

It reminds me also of a previous judgment, relating to property rights that was rendered in the South Gauteng High Court by Judge Nigel Willis. Containing the immortal phrase that “if the Constitutional Court thinks all property is theft it should tell us so”, it was a very angry critique of how important it is for a country’s development that landlords have the right to evict.

This ruling is part of a series of cases relating to property rights, and the rights of landlords and tenants that are going through our courts. It’s no accident that so many of them seem to come from the Joburg CBD – the nexus of urban immigration, poverty and inner city decay. So it’s not just the ruling in this case that will matter. But the court could deliver a boost for the rights of landlords here. In doing so, it will mean hardship for the tenants. But it should also mean development in inner Joburg. And capital accumulation. In other words, it should allow some people to become less poor than they are now. It will generate wealth, rather than simply redistributing it. DM

Disclaimer: Grootes was once a landlord. It ended catastrophically. He is currently a renter. For now at any rate.