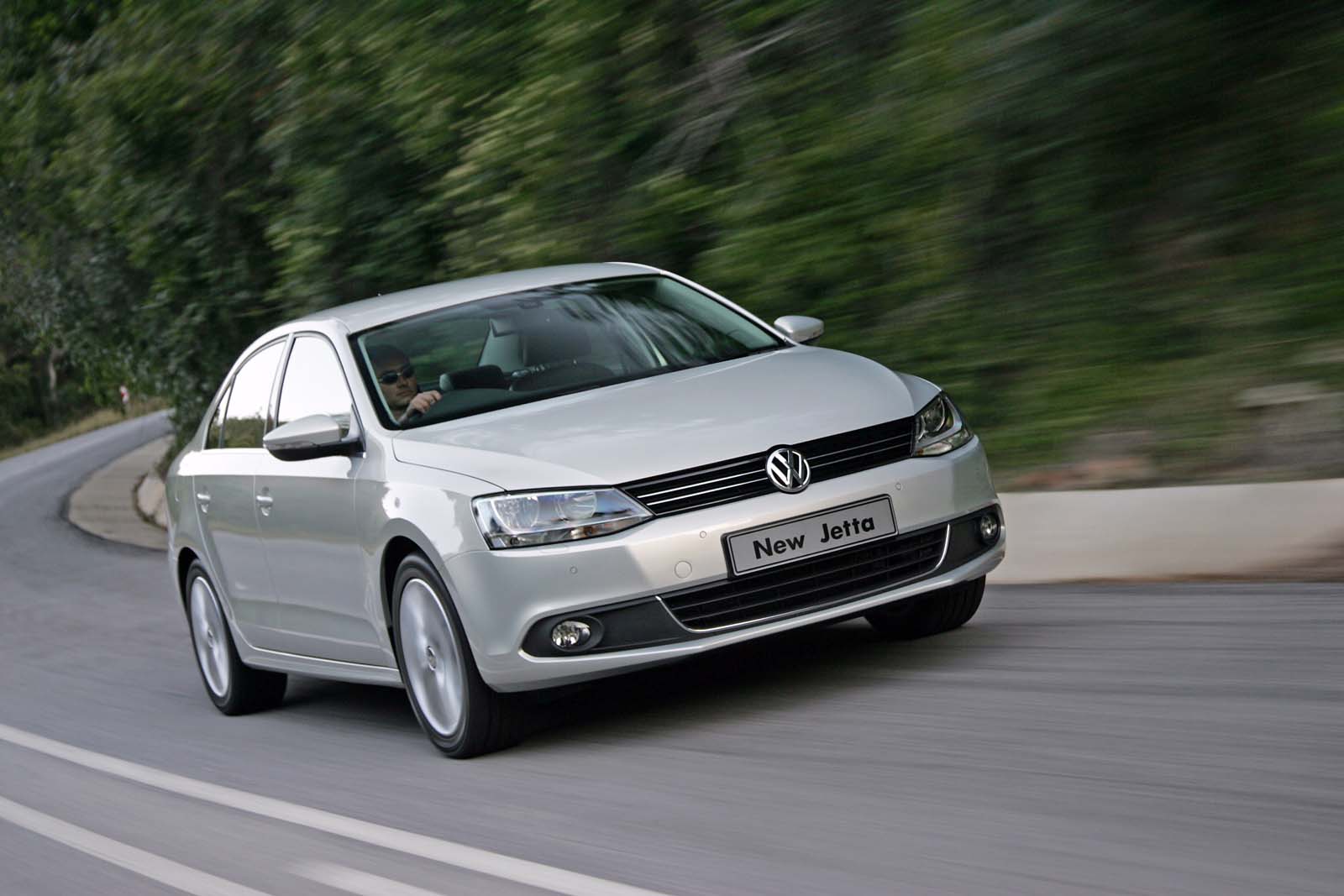 Volkswagen’s Jetta has been called lots of things: practical, value-added, spacious and safe. It’s also been called boring, conservative and uninspiring. But none of that has stopped millions from buying the sedan. Does the latest model have anything different to offer? DEON SCHOEMAN finds out.

The Volkswagen Jetta is something of a South African institution – a nameplate that’s been around for more than three decades, and has sold more than 260,000 cars locally in that time. But it’s always been considered too close a relative of the VW Golf. More specifically, many South Africans still think of it as little more than a Golf with a big boot tacked on.

The sixth-generation Jetta, launched recently in South Africa, finally breaks that mould. It’s not only longer and wider, but it’s also the first truly independent Jetta which no longer shares body components with the Golf. What it does have in common with its hatchback sibling are the mechanicals, which is no bad thing. The Volkswagen Group produces some of the best drivetrains in the business and quality is a group-wide theme.

So, it’s up to the externals to make the difference here – and that’s been achieved in no uncertain terms. Finally unfettered by the Golf design language, the latest Jetta is free to express its own personality. The result is a larger-than-expected sedan that benefits from a smooth and elegant styling execution to add visual interest. It’s now an upmarket sedan that’s climbed a couple of steps up the status ladder. In fact, the VW badge is a rather rude reminder of the Jetta’s more humble beginnings!

The clean front end, featuring a slatted grille, slim headlight clusters and glossy black detailing, is the first introduction to an altogether smoother, more sophisticated Jetta. In profile, a chiselled shoulder line adds flair and dimension to the three-box shape. And the rear, although still home to a capacious boot, successfully integrates with the overall design. The result is a contemporary sedan that’s easy on the eye. Yes, we’re talking about a truly handsome car that turns heads in traffic and gets admiring glances in the shopping mall parking lot. So, the exterior has finally made it past the style police. But if you own and drive this car, it’s the cabin you’ll really be interested in – and rightly so. After all, you’ll spend more time behind the wheel of the car than standing next to it, hopefully!

Anyone familiar with Volkswagen’s current-generation cars will feel instantly at home in the Jetta. The overall impression is smart and spacious, with classy finishes and upmarket materials. And as we’ve come to expect of Volkswagen, the quality is tangible.

One could argue that it’s not the most imaginative of spaces, and that the proliferation of dark hues creates a somewhat sombre ambience. But there’s an element of subjectivity here, too – the execution is flawless in pure ergonomic terms, and comfort levels are high, too. Standard specification of this 1.4 TSI model is quite comprehensive and ticks most of the key comfort and convenience boxes. There’s an effective air-con, remote central locking, cruise control and a full complement of airbags.

The sound system is pretty good too – but to my irritation, there’s no USB-based interface for an iPod or an iPhone. Instead, you have to make do with a rudimentary line-in jackplug, which is not only inferior sonically, but also doesn’t allow functional integration with the Jetta’s sound system. The seats are a particular highlight, however, linking a certain retro appeal to modern design and support. The leather is applied in horizontal strips which definitely exude a classic charm, but in practice, their form-hugging shape ensures ample comfort, even when piloting the Jetta with enthusiasm.

Of course, as that long wheelbase has already implied, there’s no shortage of space. Both front and rear occupants can stretch out in style, and the boot is huge: 510 litres will easily cope with about as much luggage as a family of four can muster on a holiday trip.

All of which begs the question whether the Jetta also has the dynamic verve to cope with its generous dimensions and capacious interior. Indeed, that ‘1.4’ badge on the back doesn’t instil much confidence in this regard. But while the four-pot mill under the Jetta’s bonnet makes do with a 1.4-litre capacity, this is no ordinary engine. Assisted by the close attentions of both a turbocharger and a supercharger, it’s credited with 118kW of max power, and a torque peak of 240Nm. More importantly, that torque is already on song from only 1,500rpm.

The benefits are two-fold. At highway cruising speeds, the power plant has much the same appetite as a normally aspirated 1400, which translates into frugal fuel consumption and reduced exhaust emissions. VW claims 6.3 litres/100km for the combined cycle, and 145g/km of CO2 emissions. Real-world driving will yield slightly higher numbers of about 8 litres/100km or so, but that’s still impressive.

However, the twin-charged configuration means that both supercharger and turbocharger create ample punch when you put the hammer down – useful not only for boy racers, but more specifically during crucial overtaking manoeuvres and in the interests of overall tractability and response. Not that you should expect red-hot performance. The Jetta is swift, but it’s not a muscle car. That said, it’s no slouch in performance terms, partly because of its comparatively slim kerb weight, which comes in at under 1,400kg. As a result, it benefits from a decent power to weight ratio of 87kW/ton, which in turn translates into a zero-to-100km/h sprint time of 8.3 seconds and a 221km/h top speed.

The Jetta never feels overtly sporty, but it gets off the line with brisk intent and always offers enough urge. On the handling front, the emphasis is on smooth control, rather than cutting-edge cornering – again in line with its target market. It’s not scared of tackling the twisties, and remains composed and user-friendly even under duress. It will maintain a neutral attitude for longer than you think, until finally succumbing to progressive, speed-scrubbing understeer.

The ride is firm without becoming ragged on compromised surfaces and ride comfort is good, ironing out most of the bumpy stuff without feeling soggy. In short, the Jetta is a smooth operator that’s pleasant to drive, whether it’s in the urban jungle, or out on the open road.

It’s taken 30 years for the Jetta to shake the Golf monkey off its back. It’s always been a fine sedan, and a popular one at that, but this latest version finally exudes a personality of its own, while ticking all the boxes as far as space, quality, comfort and dynamics are concerned.

Is it, finally, a desirable car? In the family car context, I think so. DM