Malema disciplinary: Spare the rod? The ANC dares not

Malema disciplinary: Spare the rod? The ANC dares not 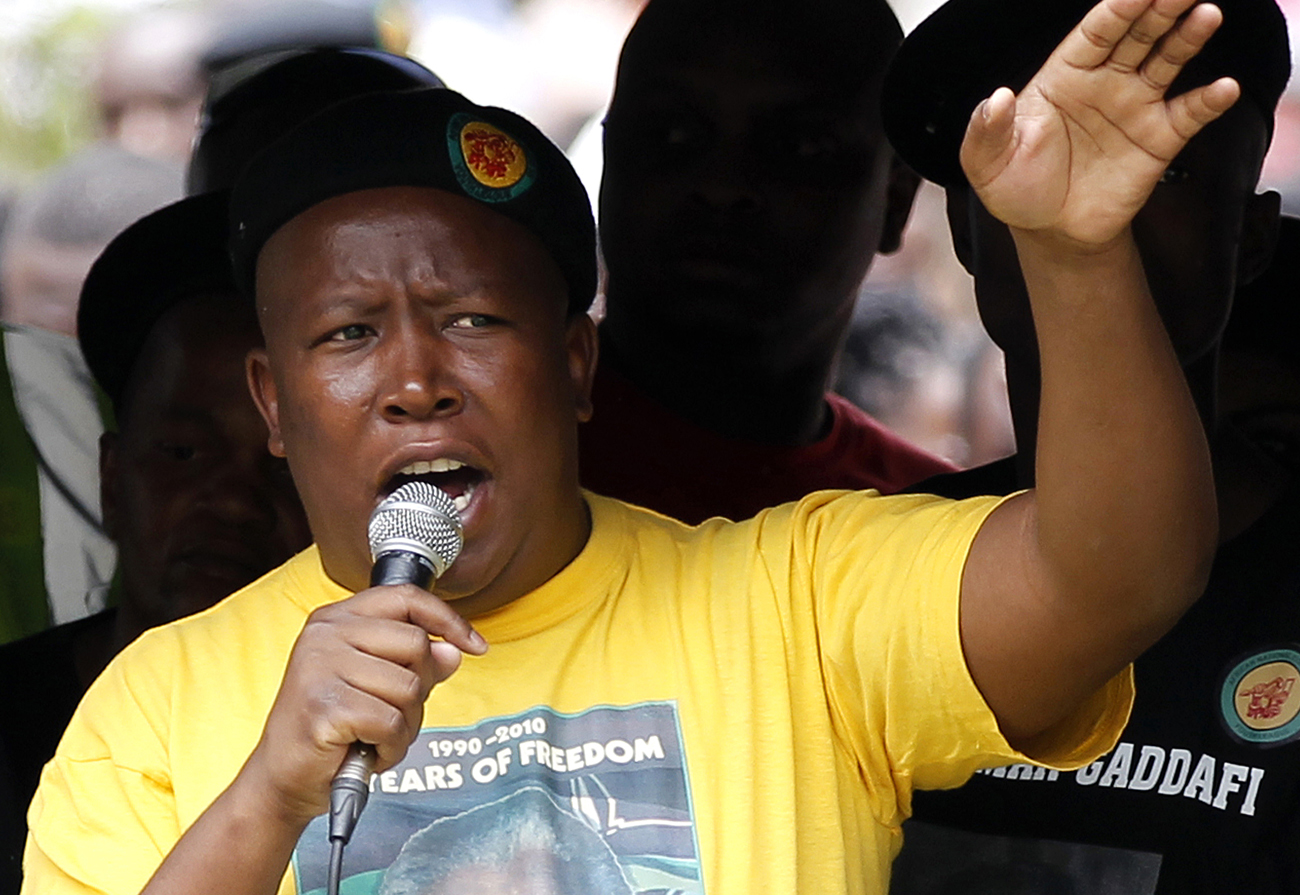 On Wednesday the chair of the ANC's disciplinary panel, deputy science minister Derek Hanekom confirmed that he and his fellow panel members (lucky them) will hand down their decision in the Julius Malema case next week. From whichever angle you look, the panel's decision will have long-term consequences for ANC's future. By STEPHEN GROOTES.

In fact, Hanekom says they will be ready to hand down all four of their verdicts. These relate to the various charges (of sowing division and bringing the name of the ANC into disrepute) against Malema, and then the other charges of disrupting a meeting against the League’s other leaders. Of course this is all very important for Malema and co. But it’s really about much more than just that. It is really about the future of the ANC as a coherent political organisation.

Political parties have to govern themselves. It’s one of those slightly tricky balances to strike, between freedom and control. But it must be struck. Most political parties in democracies are pretty much honour-bound to respect freedom of speech and thought. But the whole point of a political party is that it is a collection of people with similar interests and agendas. In short, a political party in a democracy is a group of people with similar opinions and views on life. That’s all it really is. This means that the one thing a political party in a democracy cannot allow is a publicly expressed opinion radically at odds with the opinion of its mainstream. What’s the point of believing in X, and having a prominent party member advocating for Y? You’d look stupid, silly, and worse, less than fully serious – often with consequences at the ballot box.

Political parties have rules to strike this balance. In Britain, for example, the Labour Party had to expel Ken Livingstone when the party decided someone else should represent it in the race to be mayor of London in 2000. Livingstone ran as an independent, and thus was thrown out of the party. No one could quibble with that, he had obviously done something wrong by running in an election that was contested by his party, but not for his party. But if, for example, the party had decided to turf him out for saying that he thought socialism was not a bad thing, that would have looked unfair as the Labour Party is (supposedly) a little lefty. But if a Tory MP said she thought socialism was a good thing, it would not appear unfair to discipline her.

Within the ANC, this line is more difficult to draw, because there is so very little that it seems to hold dear. In the policy field, it would seem that if someone campaigned for a “worse life for all”, then perhaps they could be disciplined for directly contradicting the party’s main reason for existence. Otherwise, there really seems to be very little that you can do that will see you being thrown out. Look at how the party’s first priority is “decent work”, while its secretary-general says “there’s nothing as undignified as being unemployed”, a suggestion that “jobs” are more important.

This is why the Malema hearing is about so much more than the Zuma/Malema ruction. It’s about whether or not the ANC is in fact a political party, i.e. a group of people with similar opinions. The real issue is not about who is the stronger, more powerful (able to march further) political figure. The real issue is whether the party is in fact governable.

Take the behaviour of Winnie Madikizela-Mandela of late. She has always been, to an extent, a rule unto herself. But missing parliamentary sessions is one thing; speaking out, as she did over the weekend, about leadership issues is another. She directly contravened the ANC national executive committee’s ruling that the leadership issue must not yet be discussed, when she said that “we will not recycle leadership” at Mangaung. Now, she can sort of get away with these things, because she’s one of a kind. And she doesn’t politically matter much nowadays, apart from the role she plays in the Malema story.

But Malema himself is a different kettle of very hot fish. If he is seen to be let off the hook, never mind the legalities, the actual findings, the letter of the panel’s ruling, if he appears to have won, there will be no limit to what he could say or do next. Can you imagine the press conference/rally/short walk that he will hold if does get off? Among the first comments out of his mouth will be that Zuma can go to hell, and take Blade and Vavi with him. Or words to that effect. It will make his comments earlier this year that “South Africa is not a democracy of families” (a jibe at the influence of the Guptas on Zuma) sound like a praise song.

Then, the right wing demagogue’s enemies, those who call themselves the vanguard of the working class, will be forced to react. If Malema is able to get away with such language, well what, apart from superior maturity, is to stop Vavi and Nzimande from responding in kind. Nzimande has already said this week that “blood money” is being used to buy votes in ANC elections. Why should he stop there? Why should he not stand up, and point fingers and name names?

And if that should happen, the dirty war will be just beginning. If Malema cannot be stopped, then why not Vavi? He could well decide enough is enough and go for the jugular of Malema’s finances. And Cosatu has a few more members than the Youth League, don’t forget. Their march to Pretoria would make Malema’s feel like a sparsely attended picnic.

The point to all of this is that should Malema be seen to get off, for any reason at all, it could be the start of a much bigger process within the ANC, and the alliance as a whole. It could, to run the risk of sounding a little dramatic, be the start of a greater unravelling. At the very least, the panel itself would look very weak. At the conclusion of last year’s hearing into Malema’s conduct, it said that “should Comrade Julius Malema be found guilty of contravening rule 25.5 (i) of the ANC Constitution within the next two years, his membership of the ANC shall be summarily suspended, for a period to be determined by the NDC.”

Rule 25.5 (i) is a rule clearly designed to strike a balance between freedom and control; it states that disciplinary proceedings can be brought against someone for “behaving in such a way as to provoke serious divisions or a break-down of unity in the organisation”.

Hence, the real charge is that Malema has basically gone too far down the road of freedom, and is uncontrollable. It’s a rule clearly intended to stop people from damaging the party. If he is allowed to continue, he will make the disciplinary committee look like it is not effective and party’s nuclear centre’s pulling power weak. And without that central controlling power, all you have is a collection of people with very different ideas and views who are pulling in their own chosen direction. In other words, you will not have a party. DM