Fighting Somali pirates – an expensive business in the lean times 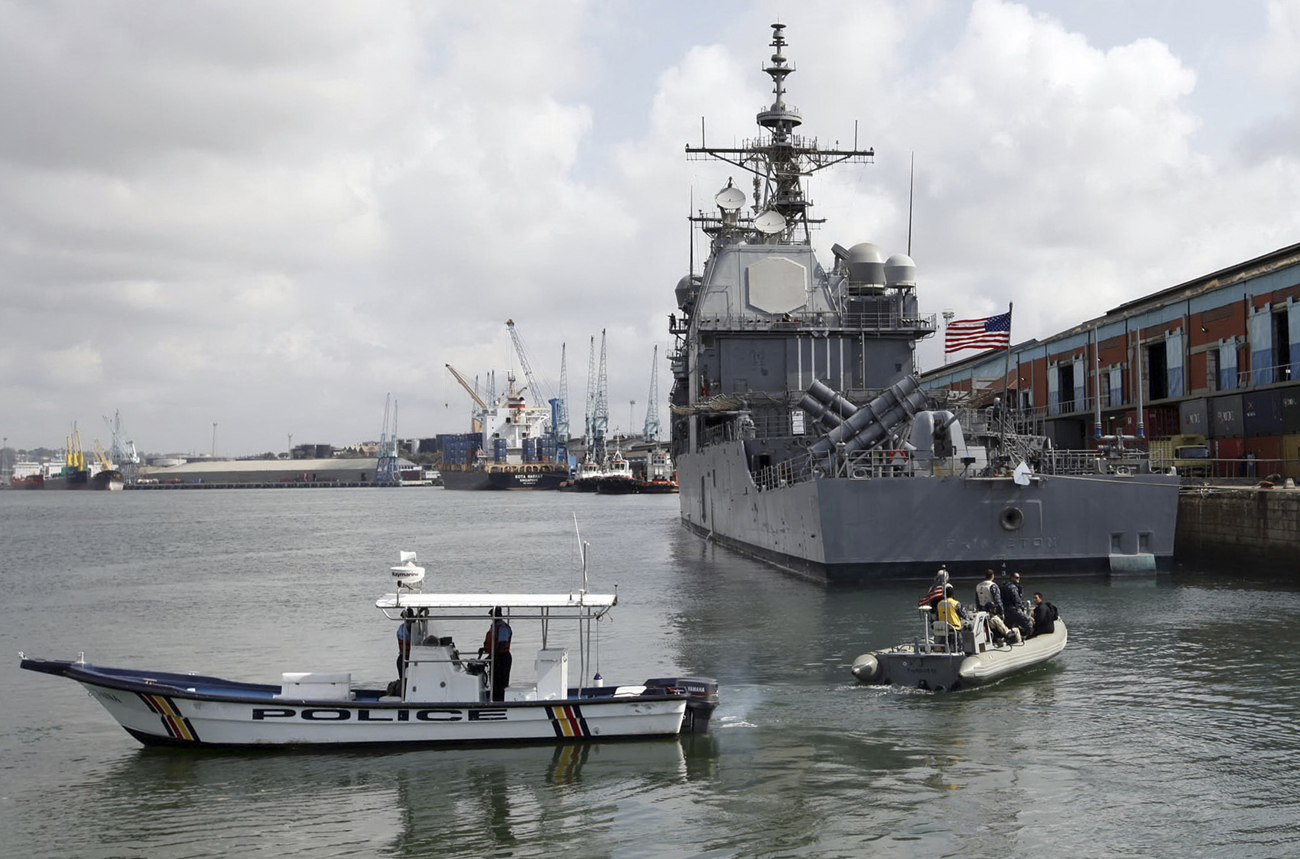 The UN says that Somalian piracy costs the world economy between £4 billion and £7 billion each year. Yet so severe is the problem that this week finance minister Pravin Gordhan announced that the cash-strapped South African National Defence Force will receive an additional R81million from the Treasury to fund its anti-piracy operations in the Mozambique Channel. By KHADIJA PATEL.

The United Nations estimates that 4,185 seafarers were attacked by Somali pirates using firearms last year. A total of 1,090 people were taken hostage and 516 were used as human shields. African states are under particular pressure to do more to assist the international community in its fight against piracy on the Indian Ocean. Somali piracy has gradually moved further south into the Mozambique channel, forcing South Africa to deploy a frigate to patrol the area in conjunction with the Mozambique Defence Force.

In April this year President Jacob Zuma authorised the South African National Defence Force (SANDF) to combat piracy and other maritime crime off the east coast of Africa. However it was not until June and July this year that Zuma had notified Parliament of the deployment. Zuma’s first letter to the Speaker of Parliament, dated 17 June, indicated that he had authorised the deployment of 200 military personnel. A month later Zuma notified Jerome Maake, co-chair of the Joint Standing Committee on Defence, that he had authorised a further 177 personnel. In his letters Zuma said the authorisation would expire on 31 March next year.

The deployment has however burned a hole into the budget of the cash-strapped SANDF. In response to this added strain on the SANDF, finance minister Pravin Gordhan said an additional R81 million would be distributed to the SANDF to fund the South African operation against the pirates.

Speaking at the tenth South African-Botswana Joint Permanent Commission on Defence and Security last week, minister of defence and military veterans Lindiwe Sisulu is reported to have lamented the economic impact of piracy. “South Africa has a coastline along a major strategic international sea trade route, and is located far from its key trade partners whom it reaches largely by sea,” Sisulu pointed out. “Piracy and maritime crime is negatively impacting on the economies of our states.”

Sisulu explained that South Africa’s geopolitical aspirations were key to the naval deployment in the Mozambican channel. “We have international obligations to provide safety of navigation for ships, ensuring freedom of the seas and security of shipping, as well as the protection of maritime environment. South Africa’s national maritime interests include effective cooperation arrangements with neighbouring states and territories within and beyond our region and continent for the management of its maritime domain and interests, our oceans management and good order at sea,” she said.

The Malaysia-based International Maritime Bureau’s Piracy Reporting Centre reported last week that sea piracy has surged this year despite an increase in the patrol of nearby waters. Somali pirates account for 199 of the 352 attacks in the first nine months of this year.

South Africa is of course not alone in taking the fight to the pirates. Navies from more than 20 different states are currently patrolling Somalia’s seas.

The British government is reported to be in talks with the Seychelles to host a new maritime intelligence centre that will include help from the UK’s Serious Organised Crime Agency. Britain will also provide more than £4 million aid to Mauritius, the Seychelles, Tanzania and Somalia to help to combat piracy and promote economic development. More significantly, security experts have warned that the recent development of sea-launched land attacks by Somali pirates has increased the pressure for firmer action. Britain is also set to drop its opposition to the use of private armed guards on board UK-flagged vessels.

On Monday the United Nations Security Council unanimously agreed to ask all UN member states to issue reports before the end of this year on measures they have taken to criminalise piracy, and to support the prosecution of people suspected of piracy off the coast of Somalia. Significantly, the resolution co-sponsored by India, recognises the increasing scope of piracy beyond the coast of Somalia. The increasing incidence of Somali piracy is recognised as a global problem. The Security Council has also undertaken to continue to examine ways to establish courts and prisons in Somalia and nearby countries with international participation and support.

The emphasis on criminalising piracy is especially significant. Writing in the Journal of Navigation, Santiago Iglesias Baniela from the University of La Coruna remarks: “As well-publicised cases of pirates being released after capture have proved, legal constraints on the action of some states and confusion about the legal powers of others have been noticed. Naval or police action cannot provide any long-term solutions to piracy in Somalia.”

Crucially Baniela notes that Somali piracy is one aspect of the greater problem of a malfunctioning state. “It is very difficult to deal with a law-and-order problem in a lawless country,” he says. The best efforts of the international community will continue to go unrewarded if the underlying problem of lawlessness of Somalia is not remedied.

In 2009 Canadian-born Somali rapper K’naan shocked the world when he refused to condemn Somali piracy. “Can anyone ever really be for piracy? Outside of sea bandits, and young girls fantasising of Johnny Depp, would anyone with an honest regard for good human conduct really say that they are in support of Sea Robbery?” he asked. And he went on to answer: “Well in Somalia, the answer is: it’s complicated.” DM