This parrot is definitely not dead – it’s on Alimony 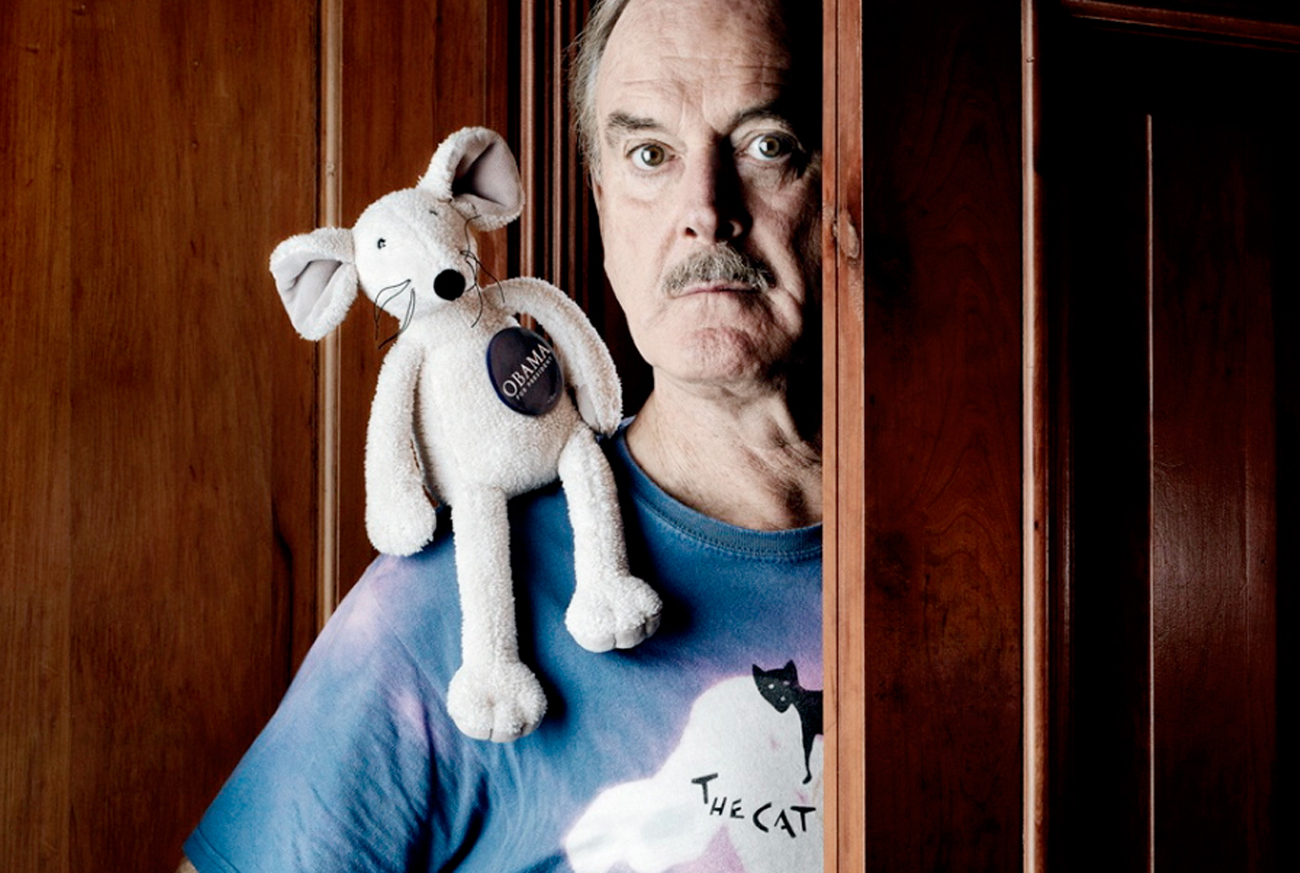 Decades after Monty Python’s Flying Circus and the marvellously stupid Fawlty Towers, actor and writer John Cleese still commands a cult following. Although he tells us “cult” is a code word for “small”, his South African shows are a sell-out. The man himself is no sell out, still revelling in sharp, warped black humour that even at 72 hasn’t waned a jot. By LESLEY STONES.

The show will start at 8pm sharp, we’re told, and at 8pm precisely he’s on the stage. Such consummate professionalism carries right through the evening, which is more a ramble down memory lane than a stand-up comedy show. Ultimately it’s a bit of both, with Cleese beginning – remarkably logically for one who delights in eschewing logic – with the reason why he’s on stage at all instead of sitting at home enjoying his loot. It’s because he has no loot, he says, so he’s written this Alimony Tour to raise $20 million to pay off his utterly disastrous third ex-wife.

He talks us through the sums: for taking the trouble to marry him, she walks away with $3,650 a day. It’s biting, hilarious and delivered with that deliciously dry British humour that demands a certain degree of intelligence from the audience.

We must have been a very intelligent crowd, because we were roaring. Different things made different people laugh. I doubled up at his digs against the Brits, and that stoic, scared attitude that means all they want to achieve in life is to make it to through to death without ever seriously embarrassing themselves. So sublimely funny, so sadly true.

Cleese has his script on autocue running at the back and side of the theatre, but he didn’t need it. He knows his lines, he knows his timing, and it’s just another professional touch so the show will go on if his aging brain suddenly atrophies.

The script is nicely localised instantly to build rapport with the audience through references to some of our less salubrious locations and snatches of a South African accent. Honed, perhaps during his recent film role as The Guv in the local movie Spud, although the audience was clapping fondly at memories of his earlier creations too.

He works through tales of childhood and youth, explaining how he got into performing and how the crews behind various shows came together. He introduces clips from early TV shows and highlights from Monty Python. Then he’s on to Fawlty Towers, describing how Basil Fawlty was based on a genuine hotelier. Better still, he tells us how the family and former staff of that hotelier reacted when Cleese told the press who it was modelled on. This is a gem of an evening, with Cleese letting us into the inner sanctum beyond what the public ever saw. It’s touching, wonderfully witty stuff, and the house lights remain on to make it more personal, so you’re having an audience with Cleese, not watching an actor on a stage.

He’s a natural raconteur, and at the end of the show proves he doesn’t need a script to do it by inviting questions from the audience. Now he’s spontaneously funny, and enjoying himself as much as we’re enjoying him.

Cleese had already reminded us that comedy is always patchy, with some things that work and some things that don’t. In the Alimony Tour everything works perfectly, giving us a special evening with a very special man. DM