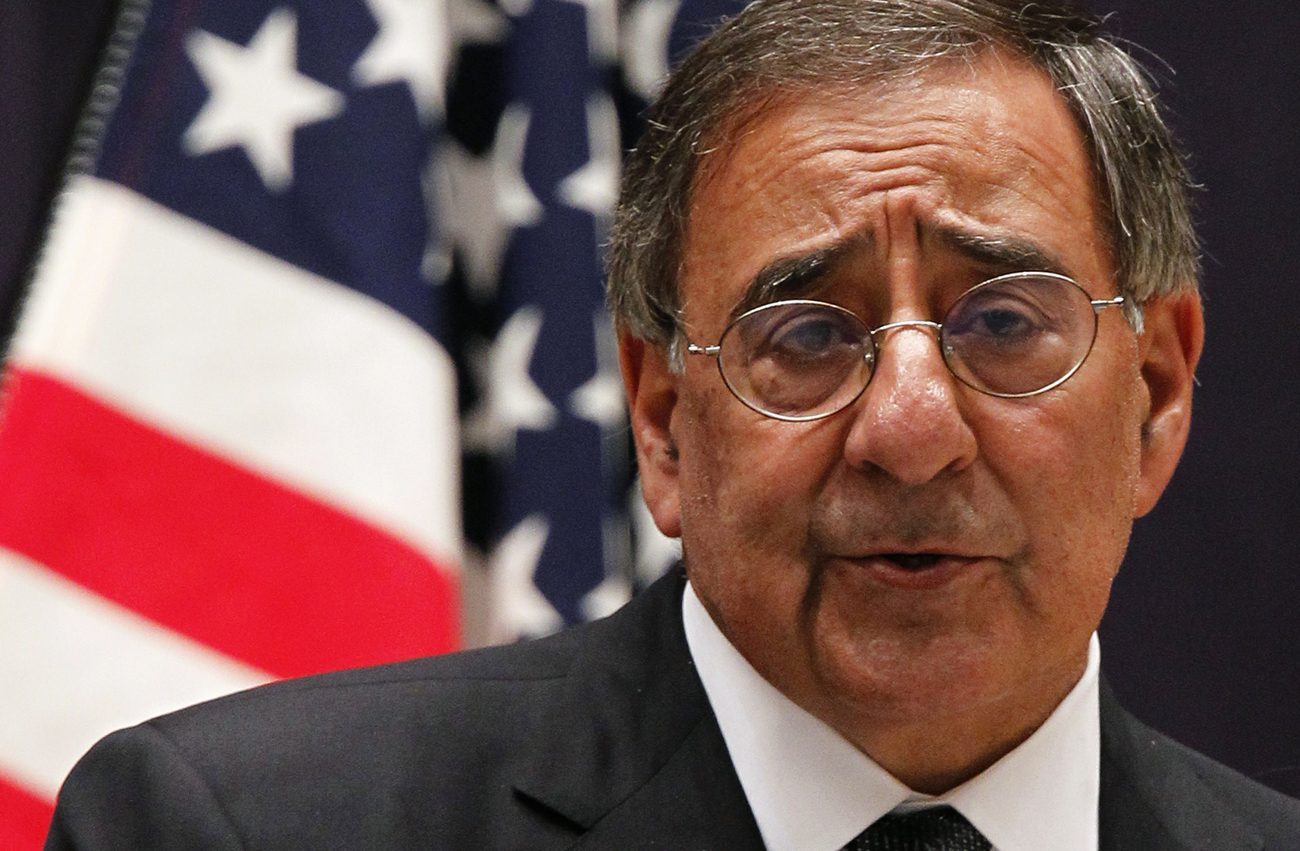 As the US’s new secretary of defence, Leon Panetta has new and different challenges in an ancient region – which is itself undergoing tectonic upheavals – both literally and figuratively. By J BROOKS SPECTOR.

In the aftermath of the Vietnam debacle in 1977, then US president Jimmy Carter sent Montana senator Mike Mansfield to be ambassador to Japan. As a teenager, Mansfield had served in the Marines in China before World War II. He had taught Asian history at an American university, been a congressman and then a senator and then eventually the senate majority leader.

By the time he went to Tokyo, he was a legend in American politics. He embodied the old conceit of an ambassador as the personal representative of the president. The Japanese knew Mansfield could pick up the phone, say, “Get me the President”  and the minions would do that. His stature helped reassure the Japanese the US was not about to beat a path of total withdrawal, at least not yet.

Mansfield would start every speech he gave in Japan with the admonition: “As I have often said, the US-Japan relationship is the single most important bilateral relationship in the world today, bar none.” Same words, every time. Say it a hundred times and people start to think you may mean it. And people did. That contributed to calming post-Vietnam War jitters in capitals throughout East Asia and even helped put the US-Japan economic and trade confrontations in perspective.

Now, of course, the US is facing three other intertwined challenges in its desire for America-friendly security arrangements in East Asia. The first is the question of how to deal comprehensively with China as it grows  economically and seeks its full measure of respect as a major player in the region. The second is how to deal with inscrutable and unpredictable nuclear-armed North Korean leadership. And the third is coping with the relative worldwide decline of US power and influence.

This time the challenges are different from Mansfield’s time. The Cold War is long-gone and the current game is trade and economic heft, (though raw military power still counts). The problem for US policy makers now is its defence budget is no longer the sacred cow it was, and the sense of what an appropriate defence posture should look like is no longer the accepted model.

The collapse of a defence consensus now includes fights within the Republican Party between those with a neo-isolationist posture versus those who assert a vigorous, interventionist stance. But the debate is more general among all politicians over how much to cut the defence budget to ensure the Pentagon also takes its fair share of medicine in the general budget-balancing climate. It is no longer a question of whether, but only how much shrinkage will take place and what will be thrown overboard. Hundreds of billions of dollars are likely to go into the military’s haircut.

A short while back, US President Barack Obama chose Leon Panetta to replace Robert Gates as secretary of defence. Gates, of course, had done something virtually unknown in Washington by warning that the prevailing budgetary pattern was unsustainable once Afghanistan and Iraq no longer drained the treasury. Panetta is a long-time Democrat with a sustained understanding of defence budget issues and without a genetic antagonism towards the defence establishment that so many “liberal” Democrats still have.

Panetta served on congressional committees to understand budget issues and had been budget director and chief of staff in the Clinton White House. And most importantly, this time had had a couple of years under his belt as head of the CIA. Now, as secretary of defence, Panetta has been travelling in Indonesia, Japan and South Korea to bring the new budget-challenged version of the “We are still in the game in Asia” message to several key foreign partners. He told a Japanese military audience at America’s Yokota Air Force Base near Tokyo, “I want to make very clear that the United States is going to remain a presence in the Pacific for a long time. That means, just so you understand, that we are not anticipating any cutbacks in this region. If anything, we’re going to strengthen our presence in the Pacific.” The New York Times added that Panetta’s message: “…Is the new call of the Obama administration as it winds down the wars in Iraq and Afghanistan and scrambles to project its power in Asia. But this eastward pivot, meant to shore up Asian alliances and send a clear signal that the US opposes China’s claims to island territories far beyond its shores, comes at a difficult time. Like everyone else, Asian allies see an ailing American economy and coming Pentagon budget cuts — at least $450 billion over the next decade — and a growing isolationism among Republicans eager for the White House.”

Other Pentagon officials told the media the US still had no plans to reduce the 85,000 military personnel around the Pacific, let alone draw down on the seven aircraft carrier battle groups that patrol the region. But they are paying close attention to the possibility the so-called “super committee” set up by the Congress to cut the budget for the next decade may fail in its basic mission to find additional cuts by Thanksgiving (end of November). If that happens, it triggers automatic across-the-board reductions of yet another $600 billion from the Pentagon. Defence officials say that could force real military reductions in the Pacific even as China is expanding its own capabilities.

The Chinese argue their own modernisation programme is an essential upgrading after decades of subordinating defence expenditures to civilian needs and, in any case, their build-up is essential to counter the American presence. As Sun Zhe, director of Tsinghua University’s Centre on United States-China relations, said, “It’s a serious threat and a potential threat. If you say they [the US’ seven carriers and 18 nuclear subs in the region] are only targeting North Korea, nobody will believe it.”

Michael Schiffer, deputy assistant secretary of defence for East Asia said, “The pace and scope of China’s sustained military investments have allowed China to pursue capabilities we believe are potentially destabilising to regional military balances, increase the risk of misunderstanding and miscalculation and may contribute to regional tensions and anxieties.”

Meanwhile, some American critics argue that focusing only on China’s military build-up to justify expensive new US weapons systems risks skewing away from important systemic challenges by China in the economic, diplomatic and international trade spheres. As Roy Kamphausen, a China expert at the National Bureau of Asian Research and a former China specialist at the Pentagon, argues, “We trivialise that challenge if we focus exclusively on the military modernisation programme. Our navy and air force need to modernise for their own reasons and not just on the basis of a nascent Chinese threat.”

Panetta is now on his first trip to Asia as defence secretary, and his visit is a stage-setter for Obama’s hosting of the Asia-Pacific Economic Cooperation summit in Hawaii next month, besides Panetta’s own attendance at an Asean gathering in Indonesia. These various meetings, speeches and summits will underscore and build on the message set out by secretary of state Hillary Clinton in Foreign Policy magazine that over the coming decade, the US needs “a substantially increased investment — diplomatic, economic, strategic and otherwise.”

The big challenges, of course, for Clinton and Panetta’s message – and then for Obama’s– are that all are predicated on the assumption the budgetary horses will be there when someone whistles for them. And, of course, there is the still-open question of whether or not Obama has another four years to make his view on the matter the one that matters. For his potential Republican challengers, their military rhetoric and views on China are all over the map.

One has to wonder what the Chinese are making of statements like Mitt Romney’s recent argument China should be forced to spend more on foreign aid, rather than lending the US money by buying its government bonds so America can ship all that cash to poorer foreign nations. Or Rick Perry’s and Ron Paul’s utterances that speak to a new kind of neo-isolationism in international affairs and draw-downs of US forces abroad. All this may be asking the Chinese to live in their own interesting times, just as the oft-quoted, ancient Asian phrase truly has it. DM