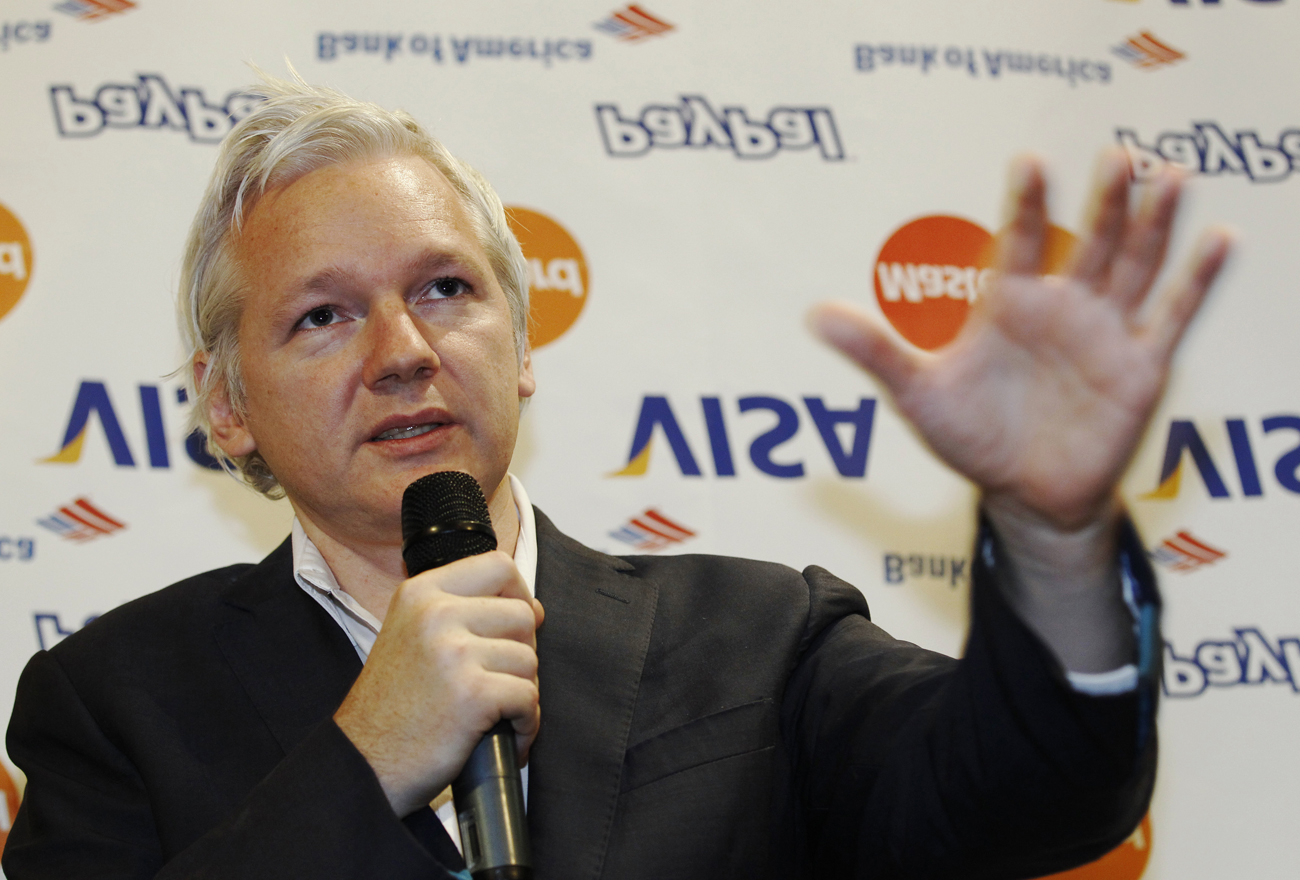 Several of the world's major finance institutions have been trying to plug WikiLeaks' flow of information by refusing to process donations to the NGO. On Monday, founder Julian Assange announced that the organisation will temporarily suspend publishing while it concentrates on combatting these efforts. It's fight that'sbecome not only about the organisation itself, but the principles of freedom of speech. By THERESA MALLINSON

A year ago things were looking good for WikiLeaks. The organisation had gained some heft with the publication of the Afghanistan war diaries and the Iraq war logs, donations to the cause were flowing in steadily and WikiLeaks was becoming increasingly prominent in the public consciousness. Never mind that spokesman Daniel Domscheit-Berg had recently left; the organisation was full-steam-ahead in preparation for publishing – in conjunction with the Guardian and the New York Times, among others – the US diplomatic cables.

How different it all looks 12 months later. The US diplomatic cables were a bit of a damp squib, WikiLeaks has not published any new information since the Guantanamo Bay prisoner files in April, the website has experienced several denial of service attacks (DOS), founder Julian Assange is under house arrest in the UK on a rape charge and the organisation is rapidly running out of funds. In short, WikiLeaks is constantly in the news for all the wrong reasons, and the old adage “there’s no such thing as bad publicity” hasn’t quite held true.

Or has it? A crucial part of publicity for NGOs is creating awareness and attracting fund-raising to your venture, and WikiLeaks has certainly raised its public profile over the last year. Even last December, this writer remembers explaining to people at dinner parties just who Julian Assange was; that wouldn’t happen now.

According to WikiLeaks itself, there is no shortage of people willing to donate funds to its cause. The problem is that Bank of America, MasterCard, PayPal, Visa and Western Union aren’t playing nice. And it’s a lot more difficult to receive internet-based and/or international donations if you don’t have at least some of those global financial institutions on your side.

Which is why Assange addressed a press conference on Monday, announcing that WikiLeaks would temporarily suspend its publishing operations, to concentrate on fighting the blockade and raising further funds. “In order to ensure our future survival WikiLeaks is now forced to temporarily suspend all publishing operations in order to direct all our resources into fighting the blockade and raising funds,” Assange said. “We have commenced pre-litigation action against the blockade in Iceland, Denmark, the UK, Brussels, the United States and Australia. We have lodged an anti-trust at the European Commission and expect a decision by mid-November as to whether the European Competition Authority will open a full investigation into the wrongdoing of Visa and MasterCard and other financial companies.”

In his speech, Assange alleged that the blockade had cut WikiLeaks’ funding streams by as much as 95%. “If WikiLeaks does not find a way to remove this blockade given our current levels of expenditure we will simply not be able to continue by the turn of the New Year,” Assange said. “So we have decided to redirect the vast majority of our staff resources into knocking down that blockade.”

WikiLeaks issued a statement condemning the blockade in no uncertain terms. “The blockade is outside of any accountable, public process. It is without democratic oversight or transparency,” it read. “The US government itself found that there were no lawful grounds to add WikiLeaks to a US financial blockade. But the blockade of WikiLeaks by politicised US finance companies continues regardless.”

Whatever you think of Assange as a person, or more pertinently, WikiLeaks as an organisation – and both have their flaws – the squeezing of WikiLeaks finances via the banking blockade is insupportable. James Ball, writing for the Guardian’s Comment is Free section, states the dangers clearly: “The banking blockade against WikiLeaks is one of the most sinister developments in recent years, and perhaps the most extreme example in a Western democracy of extrajudicial actions aimed at stifling free speech – made all the worse by the public support of numerous people sitting in the US House of Representatives…

“Visa and Mastercard are already inescapable. As the world becomes ever-more digital, and cash continues its journey to obsolescence, they will become still more pervasive. If they are allowed to cut off payment to lawful organisations with whom they disagree, the US’s first amendment, the European convention on human rights’ article 10, and all other legal free speech protections become irrelevant.” We might not be posting off a cheque to WikiLeaks just yet, but we’re with Ball – and Assange – on principle, on this one at least.

WikiLeaks has been running ads about the banking blockade since July, but obviously this hasn’t been enough to boost its cash flows.

Perhaps the whistle-blowing organisation should think up ways to somehow tap into the energy of all those other people across the globe who are angry with the banks right now – they’re certainly in need of a concrete cause. Occupy Visa, anyone? DM