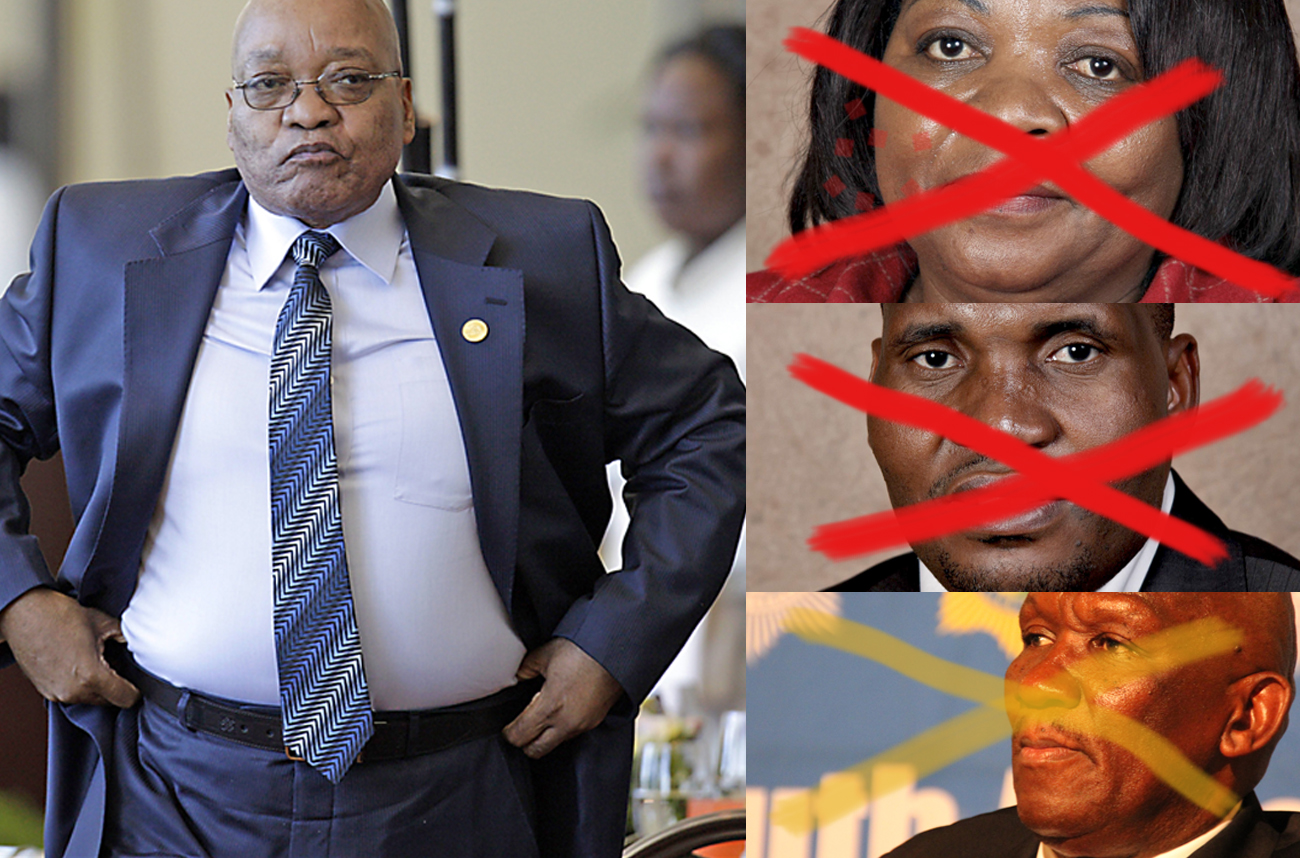 President Jacob Zuma announced a wide-spread reshuffle of his cabinet on Monday, effectively firing his two most troublesome ministers, as well as one of their deputies – and suspended SA's second police commissioner in a row. By PHILLIP DE WET.

The police building lease scandal has brought down a minister and the police chief, Zuma announced on Tuesday, and another free-spending minister also got the boot – though he said not a word about his reasons.

Police commissioner Bheki Cele has been suspended on full pay, and both public works minister Gwen Mahlangu-Nkabinde and cooperative governance minister Sicelo Shiceka will be replaced.

Shiceka and Mahlangu-Nkabinde’s departure come as no surprise; both have had their credibility utterly destroyed by different investigations by the public protector Thuli Madonsela, investigations which also found them at best stretching to truth to avoid responsibility. Even at a time when ministerial spending on luxuries poses a problem in several portfolios, Shiceka’s penchant for luxury hotels and dubious foreign trips stood out. And Mahlangu-Nkabinde’s handling of the lease of new police offices in Pretoria and Durban (either a problem dropped in her lap at her appointment, or the reason she was given the job in the first place, depending on how you look at it) was the most prominent of her problems, but hardly the only one.

Madonsela recommended action against all three, but besides announcing their replacements, Zuma on Monday made no mention of any further action.

Mahlangu-Nkabinde will be replaced by Thulas Nxesi, the relatively unknown deputy minister of rural development and land reform, but a power player within the ANC. There will no longer be a deputy minister for for public works, with the previous deputy minister Hendrietta Bogopane-Zulu moved sideways to the ministry of women, children and people with disabilities.

The reshuffle removes several of Zuma’s major headaches at once, thanks to the fact that ministers serve at his pleasure and can be hired, fired or moved around as he pleases. When it comes to Cele things aren’t quite so simple, however, so the police will have yet another acting head, Major General Nhlanhla Mkhwanazi, until yet another investigation into his role in the building lease saga is completed.