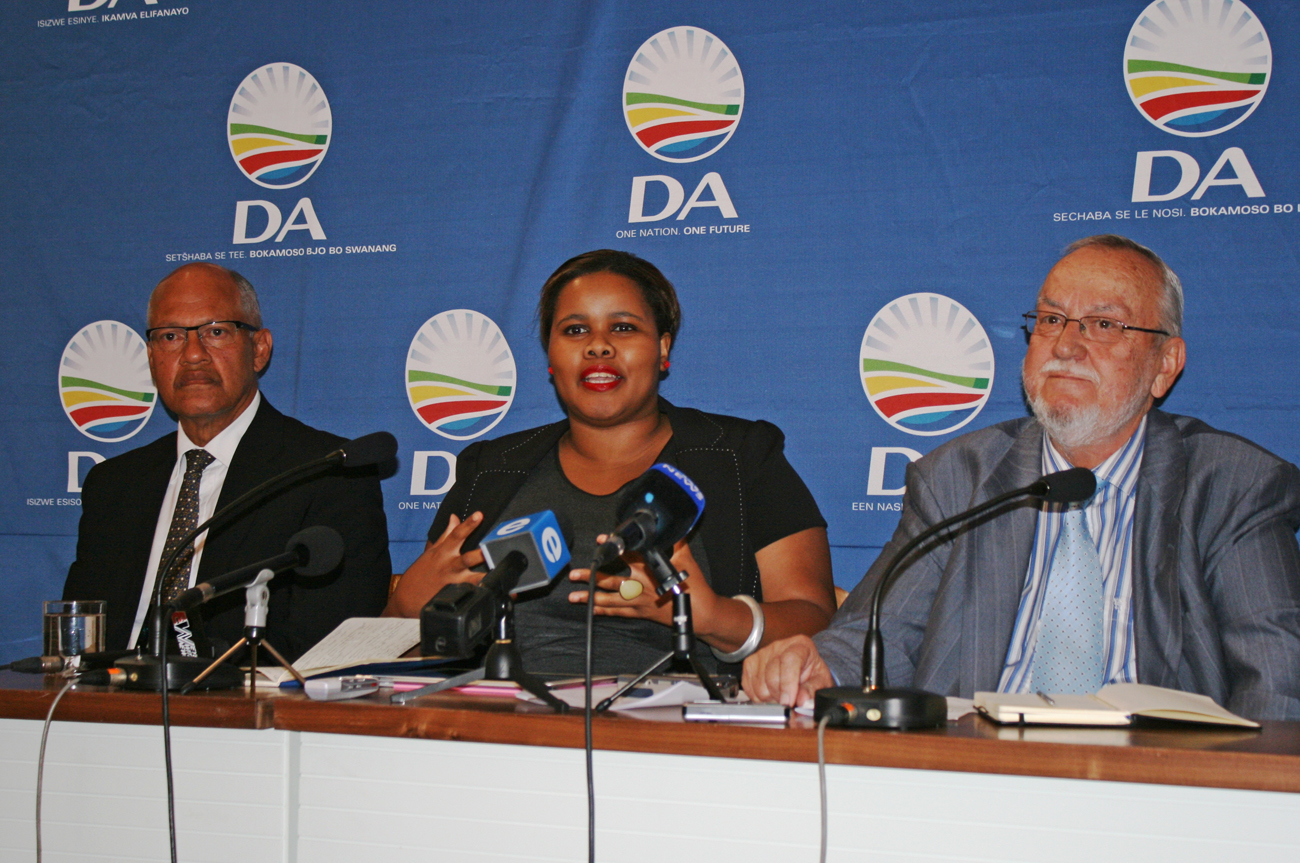 The DA likes to be seen to engage in clean play and good governance, but the race for its parliamentary caucus mid-term election is turning into a free-for-all, with one MP even attacking party leader Helen Zille for “interfering”. CARIEN DU PLESSIS reports.

If you’re going to leave people to their own devices in an open leadership contest, you’re bound to get some surprises, not all of them pleasant.

DA MP Masizole “too sexy to rape anyone” Mnqasela became the second MP after Dene Smuts to offer his support to Athol Trollip in next Thursday’s DA parliamentary caucus mid-term election.

But instead of sticking to singing the praises of Trollip, as party rules would require, he apparently indulges in a spot of negative campaigning, which is against party rules, and even had a go at party leader Helen Zille, whom he accuses of interfering in the caucus elections by pushing party spokeswoman Lindiwe Mazibuko. There is even talk of perceived “interference and undemocratic tendencies” and “intimidation”.

In an “obstinate observation”, sent from his private email because campaigning through party machinery isn’t allowed, and entitled “A shear (sic) skin colour cannot be used to define diveristy (sic) and transormation (sic) in the Democratic Alliance”, he says Zille’s “involvement” in Mazibuko’s campaign “is foreign to the culture of the DA” and “not healthy for the future of our party.” But party insiders sympathetic to Mazibuko deny that Zille is “actively” campaigning for Mazibuko, although they say she would probably cast her vote for the young leader.

“I think the endorsement of Lindiwe is based on nothing but obsession with power by those whose appetite is on centralisation of the decision-making in the party, whose desire for power supersedes the greater interests of the party,” Mnqasela says. Simply “anointing” those who are close to senior leaders, in the name of diversity, doesn’t work for him.

If Mazibuko is pushed too soon, “we may destroy this very talented young woman”. But he also digs in, saying “she does not have a strong resonance with the black constituencies and it will defeat our objective of trying to attract black votes”, something which his own constituents in Khayelitsha, Langa and Gugulethu, have alerted him to.

And although “we love Lindiwe to bits”, the party needs someone more experienced, he says. Athol is a much more diverse person in terms of culture, language and political leadership. He speaks three languages, Xhosa, Afrikaans and English fluently.”

More support came in for Trollip on Wednesday from Veliswa Mvenya, member of the Eastern Cape legislature who has worked with him in the province for many years. The statement came from the party’s media office in the legislature, which means she was probably breaking the party’s rules by using its resources for the campaign.

Still, Mvenya says nobody has ever complained about Trollip’s performance, “which should be the only reason that any person could be removed”. This is not entirely correct – some of those who had previously voted for Trollip, have indicated that they would now vote for Mazibuko, partly because they were unhappy with his brash management style. (To his supporters, this assertive style is his strong point.)

Mvenya says of her mentor: “Trollip is well-known as a competent and strong leader, he represents all races, he speaks all the languages, he understands all the cultures. He has an intimate knowledge and understanding of all communities in his province.” She continues: “He is the one who inspires black people to join the DA,” and says “transformation should not mean removing good people, it should be done progressively.” In other words: merit above affirmative action, as the DA has been proclaiming.

And then, rather subserviently: “We as black people in the DA would not like to see ourselves set up for failure because we have to be propelled into positions for the sake of changing the face of the party. We want to learn, grow and lead.”

Trollip might have done well to employ a PR agency like Mazibuko has done. She has issued all her spell-checked, by-the-rules endorsements and press invites through HWB Communications.

On Thursday she, joined by running mates Wilmot James and Watty Watson, will be addressing the media on her vision for Parliament. “The team will present their plan for the reform of the way that Parliament works so that it can truly become the heartbeat of democracy in South Africa. Mazibuko, James and Watson will be proposing amendments to the procedures, conventions and rules in Parliament, to make it a dynamic place for writing legislation of the highest quality and maximising accountability,” the press invite said. All this will be aimed at maximising the DA’s impact in the national legislature.

Trollip last week said Mazibuko’s media spectacle was “surprising” and “unprecedented”, and aimed at the wrong audience.  It was up to the 83 members of the DA’s caucus, including party leader and Western Cape premier Helen Zille, to cast the vote, so outside campaigning wouldn’t help a bit, he said.

At least all these cross-racial endorsements seem to point to the fact that the DA wouldn’t be voting along racial lines, which means the party, in this respect, has caught up with the ANC at last. DM