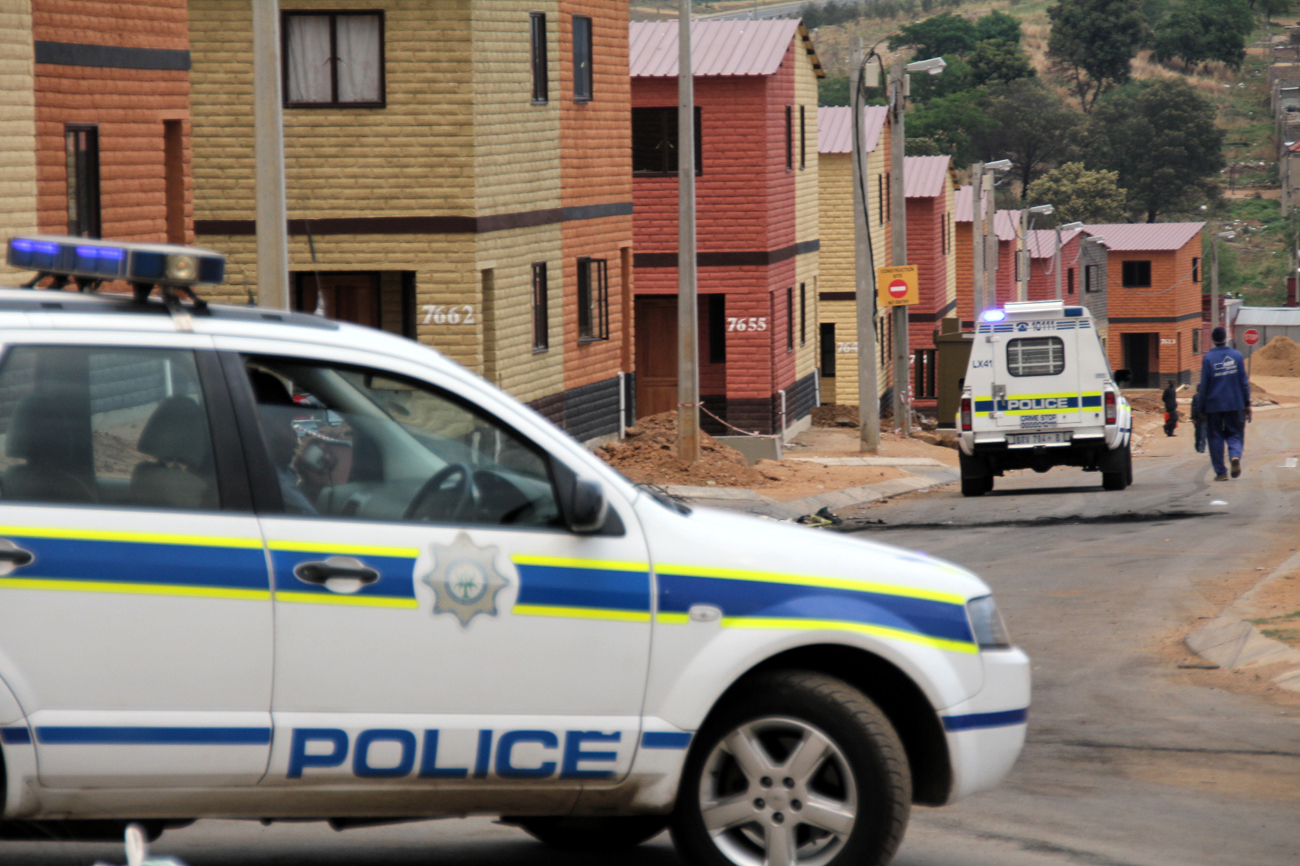 The last time the Alexandra township turned its anger on foreigners, necklacing was resurrected and thousands ended up in refugee camps around the country. So when blatant and unashamed intimidation of foreigners is the opening gambit in a battle for housing, we tend to worry. By GREG NICOLSON and PHILLIP DE WET.

The members of Alexandra Bonafides are very clear about their message: this is not about xenophobia, and not even about violence. On Wednesday we heard any number of variations on the theme of “we’re only protecting our rights” and “we don’t want trouble again like in 2008”. But it just so happens that the group believes many RDP houses in a new section of the township, still under construction in parts, are being occupied by foreigners – and if those foreigners don’t respond to words, well… Nobody will say it, but the nature of the threat is abundantly clear.

And so, it seems, Alexandra stands on the brink of xenophobic violence again.

Bonafides, a recently resurrected group, has been giving those they believe to be foreigners notice all week, sometimes in writing. By Saturday, they say, there would have been enough warning. Then there will be a big gathering and a march, after which the foreigners will be gone. Again, the bit that comes between the march and the empty houses is neatly glossed over.

“Our problem is not with foreigners. It is with the department of housing,” says one member of the group. Residents were told they would be resettled according to their street and block, but they’ve watched for years as houses have been distributed apparently arbitrarily. Now they are angry. “We want Tokyo Sexwale here, dead or alive.” For many, this hostility towards the government manifests itself in a foreign face; government officials may be responsible, but those who live in the community are reachable.

That there is rampant corruption in the housing system is held as self-evident. Residents claim that you can buy an RDP house in Alex for R3,000 and it’s foreigners who have the money to do so. Or you can pay in kind. “If you sleep with them, then they’ll give you a house. That’s the only way. How must a gogo do that?”

Gauteng provincial housing spokesman Motsamai Motlhaolwa refutes this. “The MEC [Humphrey Mmemezi] has invited people to bring evidence forward that proves people living in the houses are foreigners, but no one has ever come forward,” he said. “If anyone can prove that they have to pay, they must come forward so we can make sure that those culprits are brought to book.”

The construction manager in charge of building over 500 new houses in the new extension is also not buying it. He says no houses had been sold for bribes and instead blamed troublemakers for interfering with his work. Only a month away from finishing the contract, he’s had to pull his workers from the site because of the cycle of intruders and intimidators. He asks, “Why now?”

Proof of corruption may still be forthcoming. Residents are now receiving legal help in putting together their claims, backed up by a list of those who are living in new houses for no apparent reason, and without documentation to prove ownership, or citizenship. That’s partially why members were going door-to-door on Wednesday, we’re told, to gather evidence. And if people were intimidated by that? Well, then they shouldn’t have done wrong in the first place, we are told. None of the members we spoke to were particularly taken with the idea of waiting for a legal process to play out, nor did they have any faith in the government or the courts to address the problem.

Unsurprisingly, finding a foreigner in the housing project is impossible. Those identified as such either would not answer their doors, claimed vociferously that they are local born (sometimes with documents at the read to back that up) or say they are naturalised immigrants through marriage. Most openly admitted to being afraid, some begged for police protection, but none were planning on heeding the call to leave voluntarily.

In 2008, the outbreak of xenophobic violence in Alex came with a less obvious warning, but was fuelled by the same frustrations we heard expressed on Wednesday. Foreigners take houses meant for South Africans, Somali shopkeepers undercut other retailers, Nigerians bring crime. In May of that year, attacks against foreign nationals quickly spread from Alex to engulf big parts of the country, leaving 62 people dead.

Coincidentally, residents of Ivory Park in Tembisa also protested against a lack of government-supplied housing on Wednesday, and more than 90 people were eventually arrested. In Themb’elihle near Lenasia, residents are complaining that people living in Soweto are getting preferred access to new housing developments nearby. In parts of the Western Cape, the battle for land and houses rages as fiercely, perhaps more so, than it did in 2008. The resentment is not towards foreigners in all cases, but could very easily turn that way.

Police finally arrived in the streets of Alexandra late on Wednesday afternoon, long after rain had driven off those delivering the not-so-subtle threats. Some supposed foreigners expressed relief. Some didn’t notice, because they were barricaded inside their homes. DM