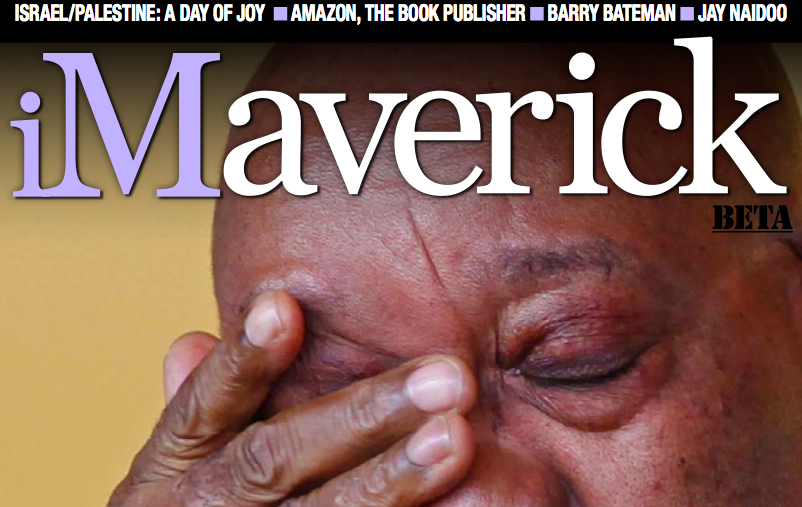 President Jacob Zuma is giving as good as he got these days in his pre-Mangaung face-off with political opponents. Still, it is a strategy that involves massive risk, depending on how well this high-stakes game of political chess is played. By CHRIS VICK.

The ANC’s parliamentary caucus has jumped to the defence of government for having failed to issue the Dalai Lama a visa, but the ruling party isn’t the only one who thinks that running to court, like the IFP and Cope did, is not quite the right thing to do. CARIEN DU PLESSIS reports.

If there is a story about Umalusi which doesn’t mention controversy, we’ve never read it. Let’s just say the council seems particularly good at stuffing up the national senior certificate results. On Tuesday – with exams looming – Umalusi had another go at explaining what it does, and how it assures quality in matric exams. The explanation was a little more detailed than usual, given the results-adjustment scandal of 2010. By SIPHO HLONGWANE.

The latte revolution is now in full swing. And it demonstrates how disingenuous it is to compare the tumultous though focused uprisings of the Arab Spring with the amorphous agglomeration of Twitterati and iPhone paparazzi – rebels without a cause – in Joeys and Captahn last weekend.

For millennia far-flung villages and towns survived in a world that seemed to big to fail. Now rapacious globalisation and the inexorable depletion of non-renewable resources has shrunk our planet – and climate change is undeniable. It is not too late to realise the verity of being our brothers’ keeps – and our planet is now but one slowly dying global village.

A BBC investigation has found that at least three HIV-positive people in London have allegedly died after their churches encouraged them to stop taking ARVs in favour of prayer. One of these “churches” has a branch which conducts weekly services in Cape Town. By REBECCA DAVIS.

Central Kampala is in lockdown this week. Shops are closed, traffic is blocked and police are out in force. It’s a telling sign of just how worried Ugandan President Yoweri Museveni is about the vociferous opposition to his regime. Museveni’s blaming the youth, but it’s the young turks in his own party that are causing him the most trouble. By SIMON ALLISON.

Slowed only by the rains, Kenya’s troops have been largely unopposed and made swift progress into Al Shabaab territory. Their real test could come in the town of Afmadow, where Al Shabaab has promised a massive confrontation.
By SIMON ALLISON.

In a development that caught most Africa watchers by surprise, Madagascar is actually following the African road map for peace in the country. Can Africa solve the Malagasy crisis? The continent’s diplomats will be desperately hoping so after a year where they haven’t been trusted to solve anything else. By SIMON ALLISON.

A SLICE OF TIME: ISRAELIS AND PALESTINIANS PAUSE FOR A RARE MOMENT OF JOY

After five years in captivity in Gaza, Israeli soldier Gilad Shalit has been released. As he returned home to a jubilant Israel, so too, Palestinians rejoiced at the release of 450 prisoners. It was a rare moment of joy on both sides of a ceaseless war. By KHADIJA PATEL.

Long frustrated that their burgeoning economic clout is not reflected in global structures, India, Brazil and South Africa (Ibsa) have unanimously called for the reform of global governance institutions. At the Ibsa summit in Pretoria on Tuesday, the three nations amplified the call for the UN and in particular, the Security Council, to better reflect the balance of power in the modern world. By KHADIJA PATEL.

THE “CRYPTOCURRENCY” USED MOSTLY TO BUY INTERNET DRUGS THESE DAYS

Bitcoin was developed as an internet currency that would be immune to the real-world actions of bankers and politicians. At one point this year, its value reached a high of $33 to one Bitcoin. But it’s now slumped to $2.80 as internet geeks come to terms with the fact that its usefulness may be restricted to the online purchase of drugs. By REBECCA DAVIS.

“Sorry” has been the easiest word for Research in Motion to say, after its BlackBerry Internet Service collapsed last week. In its apology the company showed its hand as far as what it considers to be important, but it may have left network operators miffed in the process. By SIPHO HLONGWANE.

Suing Apple for some or other copyright infringement has become the new in-thing. The Taiwanese firm, HTC, looks set to lose a patent-infringement case it brought against Apple at the International Trade Commission – just as, over in
the courtroom next door, Apple is countersuing HTC and looks like it may win. By SIPHO HLONGWANE.

The world’s largest book retailer offers royalties to authors of self-published digital editions that traditional publishers can’t hope to match. But this is not the real reason that Amazon may be about to upend the publishing game as we know it. With 122 titles set for release this season, Amazon’s own imprints have the major New York houses in a panic. Who will the upheaval benefit? By KEVIN BLOOM.

China is engaging in some heartfelt soul-searching after footage went viral online of a toddler being run over – and no assistance coming from any passers-by. Some see it as evidence of a society in crisis, while others point to the lack of legislation protecting Good Samaritans. By REBECCA DAVIS.

HERMAN CAIN ASKS US TO GIVE PIZZA A CHANCE

Herman Cain singing John Lennon’s Imagine with pizza-inspired lyrics? There’s got to be some kid who has too much time on their hands who’s made a clever YouTube mashup, right? Wrong. Because Cain actually performed this very song for the Omaha Press Club Show back in 1991, when he was chief executive of Godfather’s Pizza. If the GOP chose its presidential candidate on their karaoke skills, the race would be over already. By THERESA MALLINSON.

An investigative radio newsman with fire in his belly, Eyewitness News’ Barry Bateman loves his job and he’s really good at it. Much to the chagrin of crooked metro cops and city officials getting rich on corrupt tenders. By MANDY DE WAAL.

PSL chairman Irvin Khoza has categorically stated that the league’s former CEO, Zola Majavu, knew he didn’t have the power to appoint some individuals within the organisation. By FOOTBALL365.COM.

END OF THE FEDERER ERA? DON’T BET ON IT

On Monday, 17 October 2011, something happened in the world of tennis that was last seen in July 2003. For the first time in just over eight years, the number four appeared beside the name of Roger Federer on the ATP World Rankings list, prompting his detractors to predict the end of an era, and the single-handed backhand. By STYLI CHARALAMBOUS.

COACH KIRSTEN LOOKING TO SUCCEED WHERE OTHERS FAILED

Something familiar happened to South Africa at the weekend. They clinched victory from the jaws of defeat against Australia. It wasn’t quite in the league of scoring 438 to win an ODI or 414 in a Test match, but it was just as unlikely. By Tim Ellis for CRICKET365.COM.

While the two T20s offered a tasty starter, South Africa’s home season kicks off with a full- blown main course as they meet their old enemy across three one-dayers. By Jonhenry Wilson for FOOTBALL365.COM.