US troops hunt al Qaeda in Africa, not the LRA 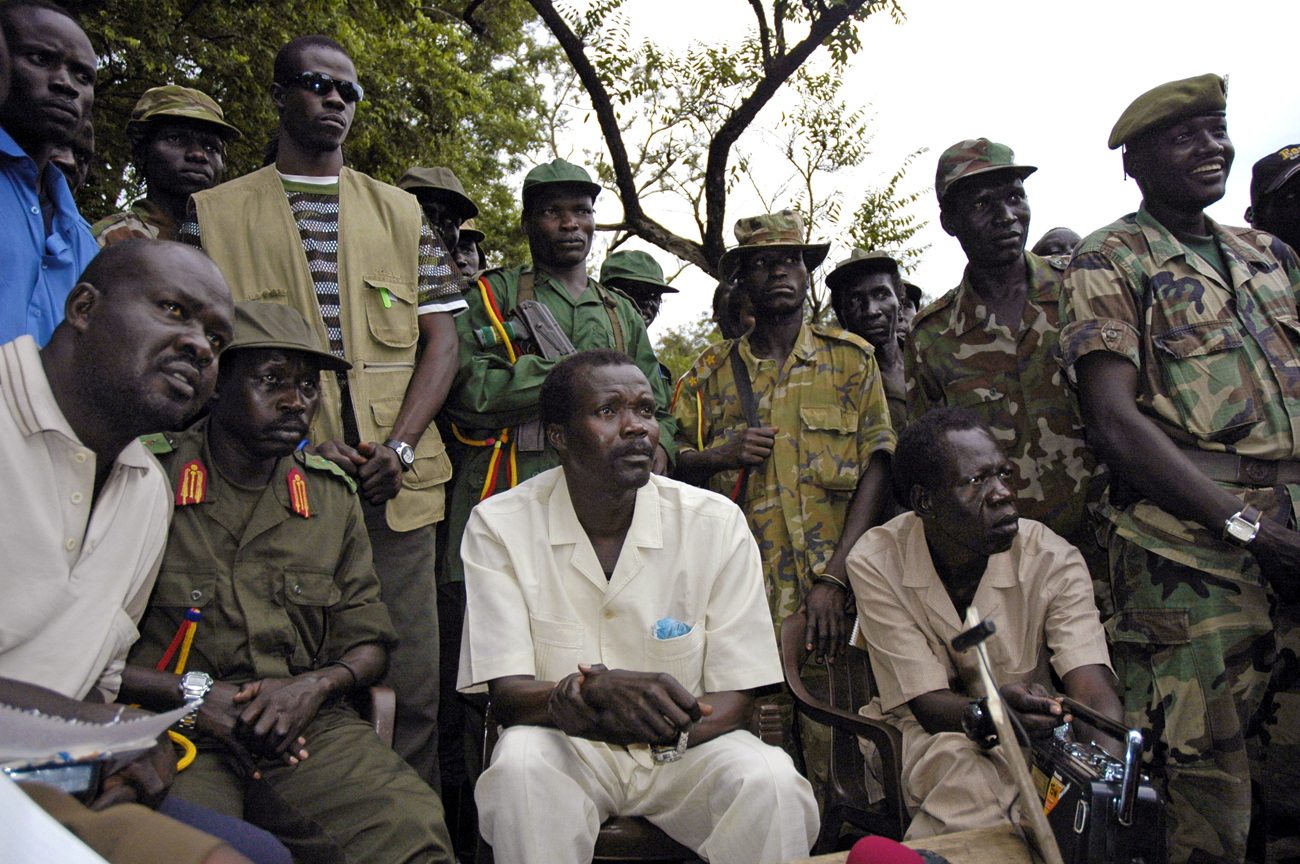 Obama has authorised combat-ready troops to take on Joseph Kony and the Lord’s Resistance Army, a first for the US military since the debacle of “Blackhawk Down” in Somalia. But Kony’s just a pretext for targeting the terrorists the US is really worried about – al Qaeda in Africa. By SIMON ALLISON

It’s not a well-known fact, but the world’s most dangerous terrorists – if you’re going to go by body count, which is an appropriate measure in this line of business – aren’t Muslims. The Lord’s Resistance Army, the supposedly Christian militia which rapes, murders, maims and burns its way through vast swathes of central and eastern Africa, are responsible for upwards of 30,000 deaths in the last 10 years, as well as countless rapes, kidnappings and enslavements. Led by the ethereal Joseph Kony, a cult-like figure who inspires devotion from his followers, the LRA’s popular support is almost non-existent and its political goals vague. But violence, fear and drugs provide a plentiful supply of child soldiers and sex slaves, and for decades the various governments with which the LRA crosses swords have been powerless to stop them. Chiefly among these has been Uganda, but the government of Central African Republic, the Democratic Republic of Congo, Sudan and now South Sudan have proved equally wimpish.

This is all about to change. In a surprise announcement, President Barack Obama declared the US would be sending combat-ready troops to aid in the hunt for and the eventual fight against Joseph Kony and his roving band of merciless men. Some troops have already arrived in Uganda, where their presence has been welcomed, and more will be sent to the other affected countries. In a letter to Congress, Obama outlined his decision: “I have authorized a small number [about 100] of combat-equipped US forces to deploy to central Africa to provide assistance to regional forces that are working toward the removal of Joseph Kony from the battlefield,” Obama said. “The support provided by US forces will enhance regional efforts against the LRA. However, although the US forces are combat-equipped, they will only be providing information, advice and assistance to partner nation forces, and they will not themselves engage LRA forces unless necessary for self-defense.”

Obama is sending his troops under the auspices of the Lord’s Resistance Army Disarmament and Northern Uganda Recovery Act of 2009, a law passed by Congress to encourage US support for efforts against the LRA. This highly unusual law came about after intense pressure from high-profile lobbying groups, and some $40 million has already been spent by the US on logistical support, equipment and training for the armies of the countries fighting the LRA.

But committing cash and advice is very different to committing actual US citizens, and it’s unlikely this was envisaged by Congress when the law was passed. Especially when the rationale for the US to get involved is not immediately obvious. More than a few US analysts commented that the LRA poses no direct threat to US interests, which is probably true, in the short-term at least.

And, ever since the mess that was the US intervention in Somalia (which ended in the downing of two US helicopters and the dragging of a American corpse through the streets of Mogadishu, aka Black Hawk Down), the US has been reluctant to intervene anywhere on purely humanitarian grounds, and particularly in Africa. This reluctance manifested itself most obviously in Rwanda, where America and the world stood by and watched the genocide unfold. There’s some speculation that this failure of America in its role as global policeman is what’s motivating Obama’s administration now: the never again sentiment.

While this may or may not be part of the decision, there are a couple of more concrete advantages to US involvement that will be foremost in Obama’s mind. Firstly, it’s no coincidence that Uganda is the country most affected by LRA activity, and Uganda is also perhaps the strongest military ally the US has in Africa. This is because of Uganda’s involvement in Somalia, where it provides the bulk of the troops that support the Transitional Federal Government and leads the fight against Al Shabaab, the al Qaeda-linked Islamist militant group which still controls most of the country.

Somalia is a country where it is politically impossible for America to involve itself directly. But it can encourage Uganda and other African countries to fight Al Shabaab, and by proxy, al Qaeda, on its behalf. In return, America can provide training, equipment, cash and – in this instance – troops on the ground to help Uganda in its own conflict. So the American troops committed against the LRA are in effect a reward for Uganda’s involvement in Somalia (and an incentive to get more involved).

More generally, the LRA provides an excellent excuse for the US to establish a military presence in four African countries: Uganda, CAR, DRC and South Sudan. Africa is increasingly being portrayed as the next major front in the war on terror. The US army, through its Africa Command, keeps making links between Al Shabaab, al Qaeda in the Islamic Maghreb and Boko Haram in Nigeria, painting a picture of some kind of African terrorist supergroup. It’s worried about al Qaeda getting a foothold in Africa, and in response is trying to pre-emptively establish its own foothold in Africa. The lawlessness of countries like CAR, DRC and South Sudan make them ideal potential conduits for most kinds of terrorist activities, not to mention the criminal activities which help, no matter how circuitously, fund global terror. It makes sense, therefore, to have American ears to the ground among the security elites of those countries, both to listen and to influence, and to develop systems of trust and cooperation in these areas that are led by US expertise. What better way to achieve this than to help them in their fight against a common enemy?

So even as the US joins the battle against Joseph Kony and the LRA, its focus remains firmly on the larger war on terror against al Qaeda and Islamic militancy. A hundred special forces troops, even if they’re American, aren’t going to catch Kony on their own. It took the US nearly 10 years to track down Bin Laden, and that was with the backing of its entire military and intelligence apparatus. But for its commitment, the US will generate plenty of goodwill from affected countries, and give it an invaluable African base from which to track Islamic militancy in Africa. In the meantime, the world’s most dangerous terrorists remain dangerously underestimated. DM