The hipsters are alive, well, and living in SA 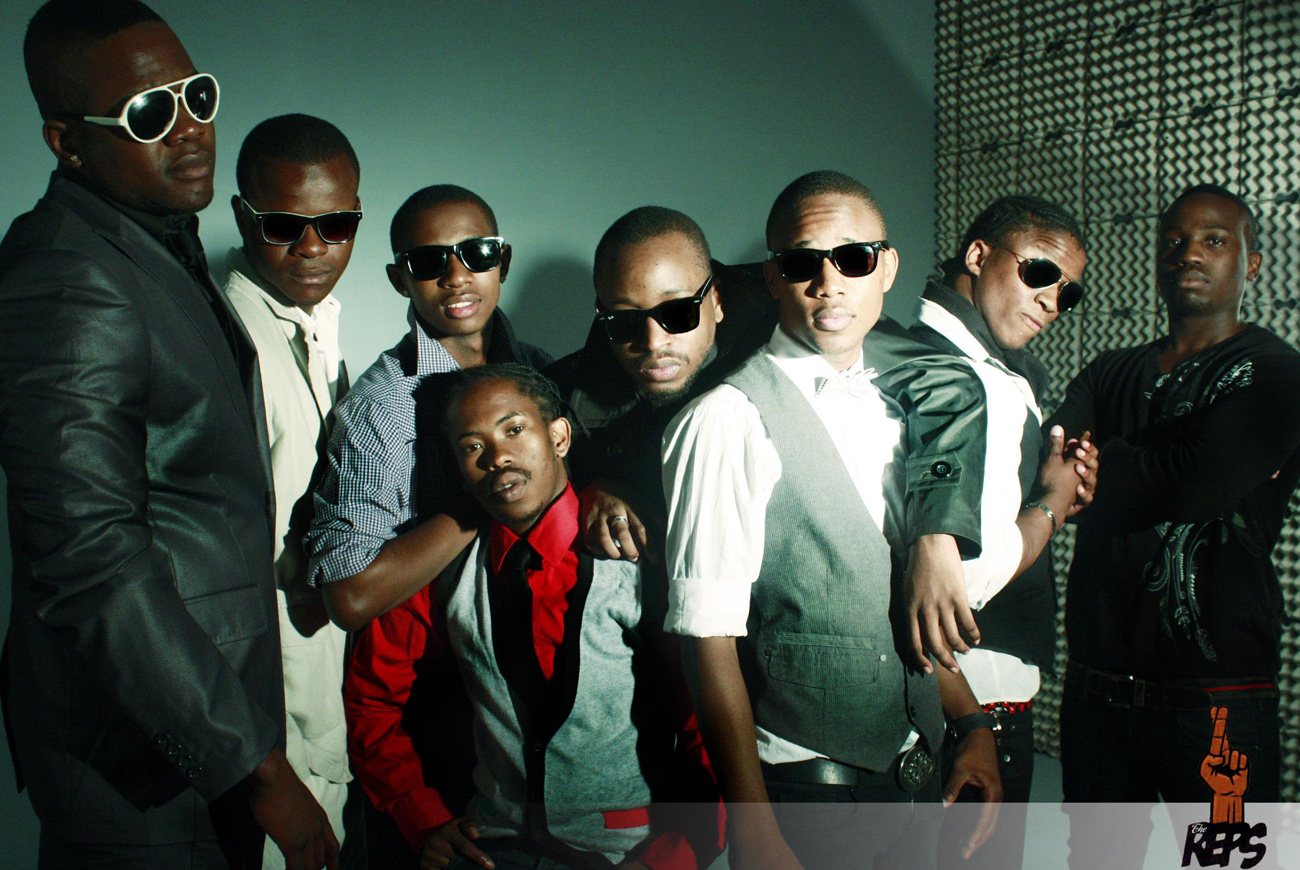 Jeans, skinny. T-shirt, ironic or obscure. Glasses, preferably oversized Wayfarers. Cigarettes, hand rolled. Music, indie. Attitude, distinctive by its abhorrence of the mainstream and celebration of the fringe. South Africa, these are your hipsters. By MANDY DE WAAL.

Daily Maverick writer Kevin Bloom wondered where the local hipsters are in his article “Does South Africa have Hipsters?”. Well, the hipsters and their aspirants have arrived in South Africa and are anything but fringe.

One consolation about living in Johannesburg is that the hipsters in Cape Town are infinitely more painful with their environmental principles, their love of slow food, craft beer and want to peer beyond brand labels into manufacturing processes to ensure that no human, animal or microbe was wounded during any production cycle.

While Jo’burg hipsters are marginally grating, their cousins living in the shadow of Table Mountain have reinvented the fetish for the authentic and the requirement to stand for something into a high (and grating) art.

Founder of n+1 magazine and co-editor of “What Was the Hipster? A Sociological Investigation” Mark Greif says that all hipsters by definition play at being the inventors or first adopters of novelties. A central tenet of hipsterism is what Greif calls “the knowledge question”. Or what he defines as “air of knowing about exclusive things before anyone else”.  Hipsters have that arrogant pride that comes from knowing, and deciding, what’s cool in advance of the rest of the world.

“Yet the habits of hatred and accusation are endemic to hipsters because they feel the weakness of everyone’s position – including their own,” says Greif in the New York Times “The Hipster in the Mirror”.

“Proving that someone is trying desperately to boost himself instantly undoes him as an opponent. He’s a fake, while you are a natural aristocrat of taste. That’s why ‘He’s not for real, he’s just a hipster’ is a potent insult among all the people identifiable as hipsters themselves.”

In South Africa youth strategist Musa Kalenga says the hipster phenomenon is alive, well and played out on two levels. “The first level can be defined as people who have the mentality of hipsters in that they are social outliers. The second level are people who adopt the fashion and style, but aren’t necessarily social outliers,” says Kalenga. He adds that this country has been quite conservative but thanks to the digital revolution thinking, living and lifestyles have opened up and socially, the notion of being an outlier is not as demonised as it once was.

“Late last month I want to the Street Cred festival at the Maboneng Precinct in Johannesburg which is a social outlying environment and readily attracts alternative or fringe types. People who embrace the ideal of being different are living in that space and are genuinely pursuing unconventional careers be it clay making or a niche career in architecture.” Kalenga says local hipsters are social outliers who possess a particular skill or talent, and that for the most part they are to be found in the art and media space, but are defined by “going against the grain”.

“Hipsters aren’t creators, but more often are curators rather than originators. They are the people who define what’s socially hip and relevant in modern culture. They are the front runners of all that is deemed cool or off centre. They lead the way in seeing and reframing the world by positing views that enable others to reframed their own views of the world,” he says.

So who are the local hipsters? This is Kalenga’s list, and it is likely that those on it will be offended by the very act of being labelled “hipsters”.

The Cream Cartel – A Vuzu reality programme based on four young urban hipsters and their creative process,  Kalenga says The Cream Cartel was a first important step in breaking local social stereotypes and taboos about being individual or different. Thanks to the reach of television, The Cream Cartel took the hipster movement into households way beyond ikasi or Rosebank.

The Paradox Kids – A sub-culture in South Africa that Kalenga says “has pitted their lives against trying to defy the norms in terms of how they look, think and act”. The Paradox Kids are typically in their late teens.

The Repertoires – The stars of another Vuzu show, The Repertoires are a trendy and influential group that have gained massive credence in youth markets. Once dancers, the group has now expanded to include managers, DJs and beat-boxers. “They are a slightly older version of the hipsters because they came to cool in the popping and locking era and now have a TV show where kids follow them, and watch their approach to life. They have dedicated their lives to breakdancing and fans of the show watch them going through the day-to-day struggles of trying to craft an alternative career that their parents are very opposed to.”

Toby Shapshak – Kalenga says the editor of Stuff Magazine is a hipster in thinking rather than in fashion. “His views are very much ahead of the space where he operates. With Toby, it is a genuine uniqueness brought about by his mental perspective, it’s not a fashion or affected attitude.” [Editor’s note: Toby, I am just as outraged and aggrieved by this classification as you are. I will be dealing harshly with the author of this article.] Mark Esterhuysen – “Here is a person who took a stand and we forgive him for the way that he did it which was less than articulate,” says Kalenga. “However by stepping outside the norm he has elevated his profile significantly, which is a typical hipster type action. Hipsters don’t actively seek the limelight, but Esterhuysen’s demeanour and outlook and his expression of rebellion is definitely something a hipster would do.”

Siya Ngwekazi – The host of docu-reality series, Top Shayela on Vuzu, writer and TV presenter, Nqwekazi is a classic visual hipster. “Siya represents the lifestyle from a fashion perspective in that he looks different from everyone else in the room,” says Kalenga. “He is a thought leader in that he sets trends by wearing it and being it, rather than a Deon Chang who very much talks about it.”

What’s important for businesses and brands to understand about hipsters is their influence. “Toby Shapshak has well over 6,000 followers on Twitter and there’s the matter of his friends on Twitter and his readership in Stuff Magazine. If he recommends something people are more likely to buy it and this is because he has credibility,” says Kalenga

“In this culture credibility is crucial and is what influence is based on. In a socially networked age sophisticates can easily cross reference and check what you’re saying so authenticity and trustworthiness are pivotal,” says Kalenga who adds that people who are inclined to follow hipsters are not necessarily hipsters themselves. “South Africa, like most other countries, has a strong herd mentality and people feel much safer plugging into the insight than adopting the lifestyle or attitude.”

Can brands interact with hipsters or even build relationships or be in conversation with this sub-culture? “Hipsters are confident, self-assured and have a sound grasp of who they are and how they influence the market. Brands too often don’t know what their story is as far as it relates to hipsters so want to approach but often can’t understand the context or conversation which causes a disconnect. Hipsters are very clear about how they add value, brands less so and often don’t understand what value they can add apart from money,” he says.

Which brands have that hipster “cool” factor? Kalenga says they are the likes of Chuck Taylor All Stars, Adidas which seems to have perennial cool, and high end brands that originate in Europe. “Hipsters are discerning and have more refined purchasing habits so you won’t find them head to toe in one brand. Basically hipster brands are your skate brands, your Meccas, your Red Bulls. They are the quirky and alternative brands.”

So there you have it Kevin Bloom. The hipsters (and their acolytes) are alive, well and living in South Africa. DM