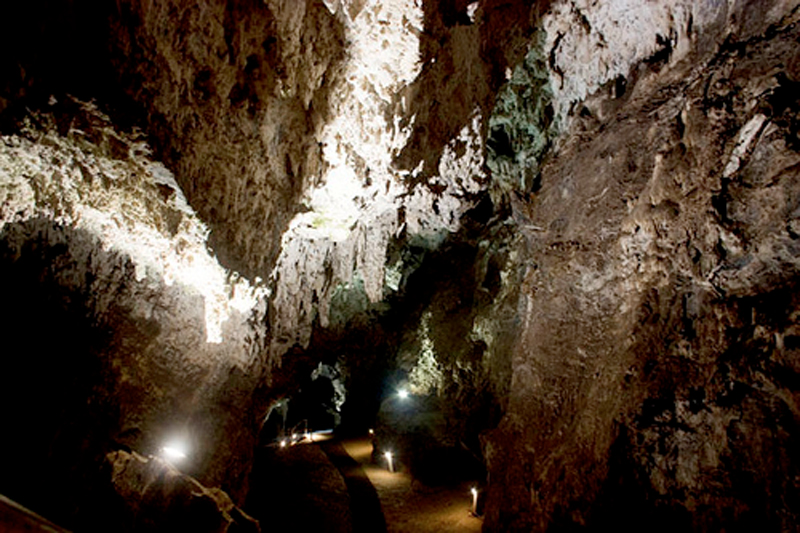 In 1936 Robert Broom discovered a Australopithecus fossil cranium in the Sterkfontein caves. Sixty years later, Ronald Clarke of Wits University found an entire skeleton – one that Broom had hoped would be there. On the 75th anniversary of the first discovery at Sterkfontein, Clarke delivered a public lecture on the rich fossil history of the caves, and explained why he classifies Little Foot as Australopithecus prometheus. By THERESA MALLINSON.

“It’s very heartwarming to see so many of you here and interested in the Sterkfontein caves after 75 years,” Clarke quipped as he began his lecture, before taking the audience through a whirlwind tour of what’s been uncovered there to date. Clarke focused on the early discoveries by Broom before linking these to his own more recent work.

In August 1936 Broom had been taken to Sterkfontein by students of Raymond Dart, who found the Taung child skull. After initially finding some monkey fossils, he asked the quarry manager – Sterkfontein was then being mined for lime – if he’d ever come across anything like the Taung Child. On 17 August the manager, George Barlow, gave him “fragments of a brain case, and also the dentition”, of what turned out to be the an adult Australopithecus cranium.

And Broom expected more discoveries to follow. As Clarke explained: “In 1938 at the age 72, Broom said: ‘If I live another eight years, I may be able to do a little more. I think it is very likely within the next couple of years we shall find other specimens of pleistocene apes and perhaps much of his skeleton. If we could find a pelvis, a foot and a hand of either the Sterkfontein or Kromdraai ape the importance of the discovery would be greater than all the previous discoveries put together’.”

But it took a little longer than that. In 1978 Professor Philip Tobias and Alan Hughes decided to remove the lime-mining rubble from the Silberberg Grotto in Sterkfontein in the hope of finding earlier hominids. “The reason they did that is they thought they might find a very early hominid, similar to Lucy,” said Clarke. But “although all the rocks and breccia were cleaned not a single tooth of a hominid was found.”

Fast-forward to 1994, when Clarke was sorting through boxes of animal bones at Sterkfontein. “To my delight and surprise I found four foot bones leading from the ankle to the big toe,” he said. “The kind of foot that would’ve made the Laetoli footprints, which are dated to about 3.4 million years ago in Tanzania.”

Clarke kept searching through boxes, and in 1997 he found more bones from the same foot, as well as a tibia. “I found those in Johannesburg in the medical school in a box of monkey fossils,” he said. “So I went back to the boxes at Sterkfontein and I found another tibia. That told me that the rest of the skeleton must be in the cave. I thought: ‘wouldn’t it be nice to find it?’.”

It’s all about making your own luck. Clarke passed on a cast of the right tibia – which had been snapped off – to two of his field workers, Nkwane Molefe and Stephen Motsumi, and asked them to find the place in the grotto where it would fit on. It was deep underground, dark, damp, and the type of search where the words “needle” and “haystack” are apposite.

But, amazingly, Molefe and Motsumi found the exact spot in just one-and-a-half days. Excavating the skeleton – dubbed Little Foot, for obvious reasons – has been an arduous task though. First of all, the team was puzzled because when they excavated up to the thigh bones, there was no more skeleton left. “This was very distressing,” said Clarke. “The rest of the skeleton was meant to be here. Where could it be?”

Clarke credited a maxim of Sherlock Holmes with helping the team surmise where the rest of the skeleton lay – when you’ve have eliminated the impossible, the improbable has to be true. There was a flowstone cavity beneath the skeleton – they chiseled through that and found the skull – which led to the arms, and the rest of the skeleton. But it’s been hard work excavating from the breccia, and not all of Little Foot is yet above ground, with the pelvis still to be removed from the cave.

The work of a palaeoanthropologist is two-fold. Firstly, there’s finding – and excavating – the fossils. Equally painstaking is subsequent work of determining their place on the evolutionary tree, which also involves a kind digging: looking back at past scientists’ evaluations in light of new evidence. “After new discoveries, some say that textbooks must be rewritten,” said Clarke. “However, it is because of mistakes with some old discoveries that textbooks that must be rewritten.” While Clarke has published a preliminary paper, he said that once the skeleton is completely removed from the rock, he’ll be able to study it in more detail, and publish more fully – probably by the end of 2012.

“Incidentally Prometheus, because he stole fire from the gods, was chained to rocks and his liver was picked out by eagles, and then he was eventually released by Hercules,” Clarke added. “Now I don’t claim to be Hercules, but the Herculean efforts of my team from Sterkfontein have certainly released Prometheus from the rocks.” On that, if nothing else, we’re sure all palaeoanthropologists would have agree. But expect the classification debate to get fiery when Little Foot is completely released from his rocky prison – that’s one aspect of the field that hasn’t changed much in the last 75 years. DM