Did the King get a car for choosing the Klamp? 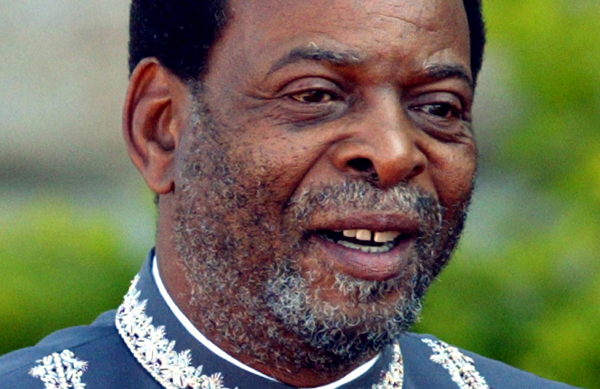 When KwaZulu-Natal’s department of health decided to introduce a circumcision device called the Tara Klamp in 2010. Health activists were outraged, saying the clamp was unsafe and expensive. Now reports say that the Tara Klamp’s director gave Goodwill Zwelithini a car worth R1 million. By REBECCA DAVIS.

The Treatment Action Campaign’s Nathan Geffen wrote a four-part report about the Tara Klamp in 2010. The reason the KZN health department searched for a circumcision device to distribute was because of compelling evidence that chances of contracting HIV are greatly reduced in circumcised men. They settled on the Tara Klamp, which is a plastic gadget which works by cutting off the blood supply until the foreskin falls off. In 2005, however, the Klamp had been tested at a trial site in Gauteng, with disturbing results. Of men tested 37% experienced complications with the clamp, and it was also found to be extremely painful. A medical ethics board intervened to shut down the trial because it was considered unethical to continue.

News of this appears not to have reached KZN, despite it being published in the SA Medical Journal in 2009. They went ahead and purchased tens of thousands of the devices from Intratek Properties, a company directed by Ibrahim Yusuf, who the Mail & Guardian reported in 2010 was allegedly involved in smuggling Mandrax in Zambia in the 1980s. When the TAC wrote to the KZN MEC for health to ask why the clamp was being used, he responded “we will do it medically as the Majesty instructed us”. Now Nathan Geffen has discovered that the Zulu edition of the 18 September Sunday Times reported that Ibrahim Yusuf gave King Goodwill Zwelithini a car worth R1 million. A harmless gesture of respect, or payback? DM Nathi and Africartoons • 26 mins ago