What Slutwalk, Occupy Wall Street and the Tottenham Rio... 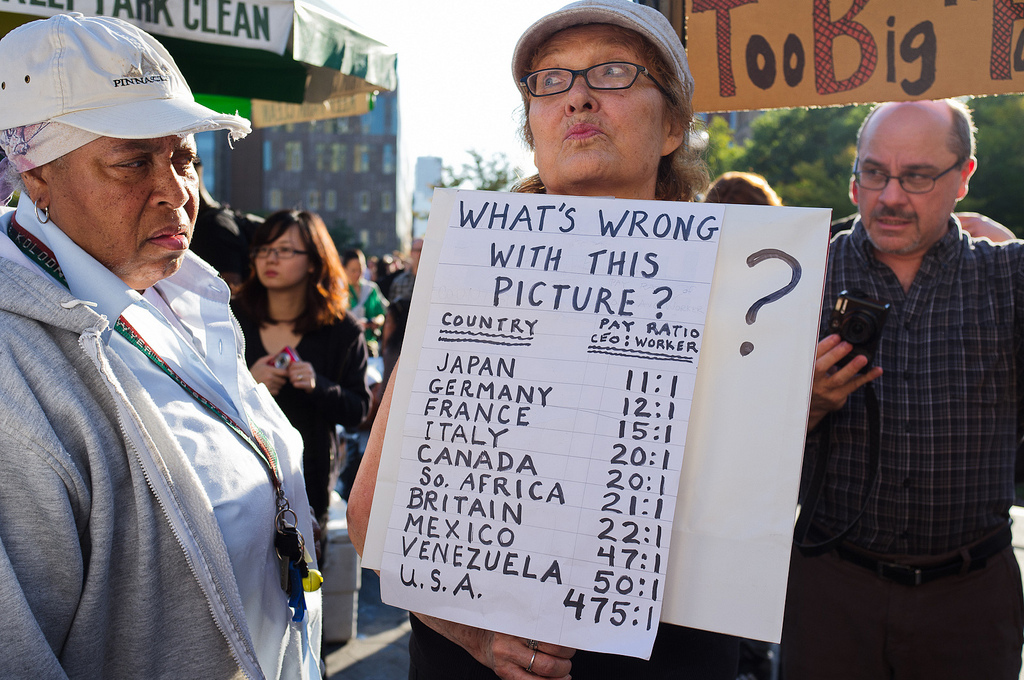 From Arab Springs to Slutwalks, 2011 seems destined to be the year history will remember for major social upheavals, pop-up protests and cellphone-fuelled riots and revolution. Yes, blood has been spilt. Yes, lives and livelihoods have been lost. But governments have also toppled and the very assumptions on which our world had come to rely have been irreparably shaken. In the words of a score of pop songs: Where do we go from here? By WALTER PIKE.

Students from MIT, Harvard and Tufts joined Occupy Boston this week as part of the Occupy Wall Street movement which has spread to 70 US cities and a dozen countries in the 24 days since it started. Two countries changed governments in North Africa during the Arab Spring earlier this year and the grand dame of world capitals, London, had her skirts unceremoniously lifted in the “BBM Riots” in Tottenham.

South Africa saw the Twitter Blanket Drive, the Chase Shell Out of the Karoo anti-fracking Facebook phenomenon and “sluts” walk from Canada to Cape Town and around the world in arguably the most successful – and unlikely – anti-rape protest ever spreading worldwide in a of matter of a few months.

The petition organisation Avaaz recorded its 10 millionth sign up yesterday as well.

These phenomena have a few things in common:

If anything should serve as a wake-up to government and to business, it should be these events: these months during which people around the world found their voices and came to understand that they have massive power in their hands. Social media didn’t cause any of this to happen, but it enabled it all.

On a political level it has created a “fifth” estate, to add to the fourth estate created out of the last media revolution. That was itself sparked by the invention of the printing press, and it in turn morphed into all types of broadcast media that turned a world of kingdoms and empires into one of nations.

The fifth estate is that of people empowered by social media. What will its impact be on the nation state? And if that should change – maybe even is changing – what will replace it?

Among others, all of this means:

On a business level this means:

To many this is a frightening concept, the idea of the power of the individual, of the customer, the employee and of the citizen who will not be controlled. But it’s a world that those used to the traditional ideas of democracy, of management and of marketing are going to need to get used to.

They will soon learn, like leaders around the world are already learning, that shutting down the Internet only fans the flames, that Pandora’s box will not be closed, that a new way of looking at the world has dawned. Just as the printing press took the power from the church and the aristocracy and put it in the hands of the merchant classes, the Internet has put the power in the hands of the individual person.

The Occupy Wall Street movement is empowering the 99% of the population of the US to take power back from the 1%. This may not take place immediately, but, as it spreads through the US, and the world, like a petrol-accelerated wildfire, it will have a huge effect. Next year’s US presidential elections will be much more than interesting to monitor.

In South Africa expect the youth to make their voices heard as well – and not through some spokesman as you’d expect, but through Mxit, BBM, Whats App, Facebook, Twitter and SMS. Those who own brands will soon understand that lack of delivery will be punished harshly by the reality of irrelevance. DM

Disclosure: Walter Pike was one of the organisers of #slutwalkjhb