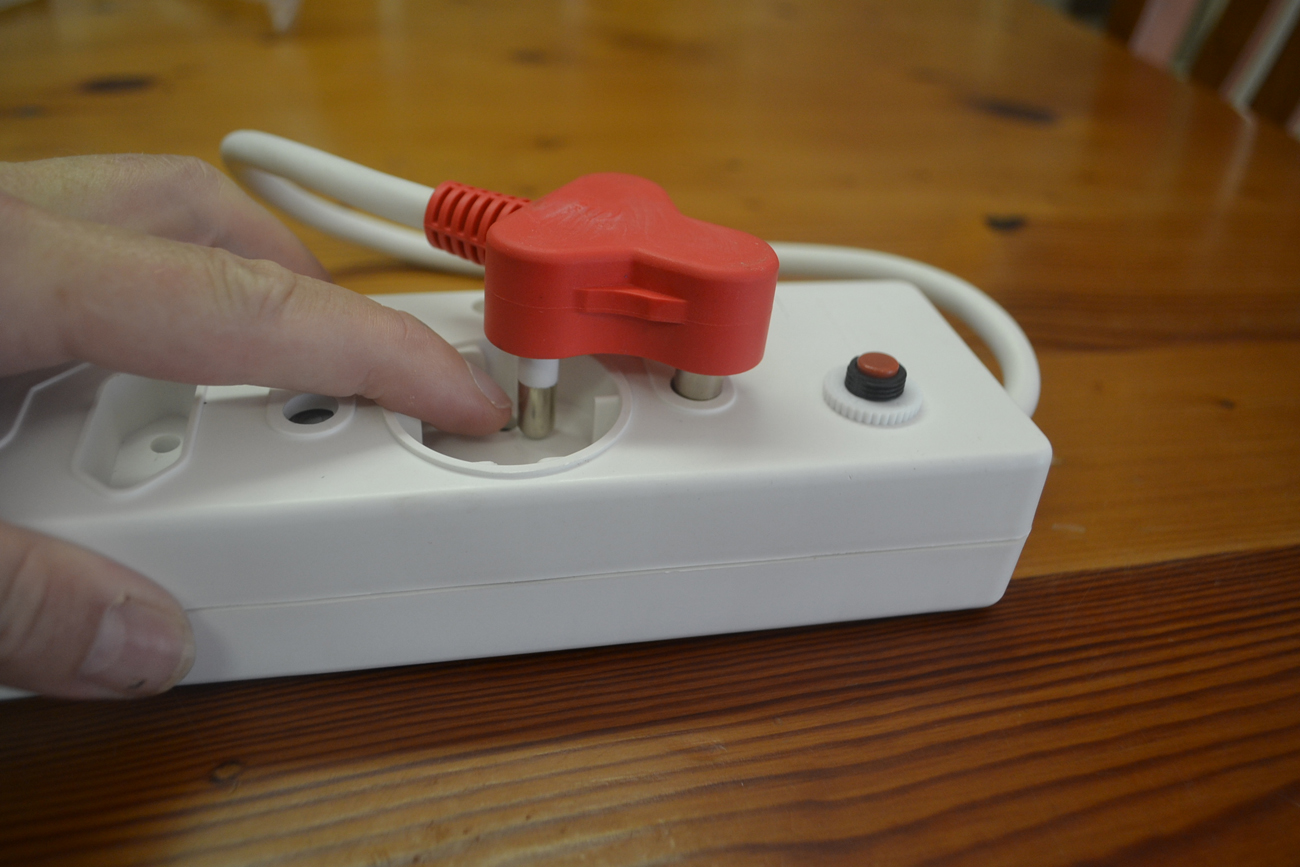 It has come to light that despite EE Publishers and The Daily Maverick drawing attention to the problem of dangerous and non-compliant multi-plug units several months ago, the same problems have arisen again. With the initial non-compliance identified, the problem has in fact widened to include a further dangerous operating mode. By CHRIS YELLAND.

The initial problem on certain multi-plug units, imported by Yodata Electronics, SGA Trading and others, relates to the well-understood non-compliance known as “single-pole insertion”. This is where a standard 16 A three-pin plug can be inserted into the socket of a non-compliant multi-plug unit in such a way that one of the main current-carrying pins of the plug is live and completely exposed to touch (“The shocking state of sockets, adapters and portable socket-outlets in South Africa”, Vector magazine, March 2011; “Shocking state of SA’s plugs and the things that go in them”, The Daily Maverick, 7 March 2011). A new dangerous operating mode identified on certain multi-plug units is that a standard 16 A three-pin plug can be rotated 180° from normal and inserted into the socket of a non-compliant multi-plug unit. With the live pin in the neutral socket, the neutral pin in the live socket and the earth pin completely exposed and overhanging the body of the multi-plug unit, this leaves the connected appliance unearthed. Appliances that are not double insulated, such as refrigerators, washing machines, kettles, irons, toasters and many more, require an earth connection for safe use in order for the mandatory back-up circuit breaker and/or earth leakage protection device(s) in the distribution board to operate and disconnect the appliance when an insulation failure occurs.

As these dangerous non-compliances were identified, EE Publishers reported the affected products to the importers, the major retailers selling the products (Pick ? Pay and Massmart group stores, Makro and Builders Warehouse) and the National Regulator of Compulsory Specifications (NRCS).

Initially this was met with bland assurances from Yodata and SGA Electronics that the products were safe and that they had valid certification from accredited laboratories proving that the affected products complied with the relevant compulsory standard; this despite the fact that the dangerous non-compliances were quite clear and plain for all to see.

Two senior Massmart executives also denied the obvious non-compliances. When EE Publishers then brought these denials to the attention of Massmart CEO Grant Pattison, indicating that the matter would be reported to the NRCS and the Consumer Complaints Commission, while offering meet to discuss the problems, his response was: “We will deal with the matter. I do not meet with people who threaten me or the group. Please consult legal advice before doing so again”.

But after both Yodata and SGA Trading finally acknowledged that the products in fact did not comply with the requirements of the relevant national compulsory safety specification, the non-compliant products were finally removed from the shelves of Pick ? Pay and Massmart group stores, Makro and Builders Warehouse.

However a bigger problem is that months after these problems were brought to their attention, none of the affected manufacturers, importers, distributors or retailers have publicly announced a recall of the dangerous and non-compliant multi-plug units that have already been sold to the unsuspecting public, for reimbursement or replacement.

Their continued failure to do so demonstrates an alarming contempt for the interests and safety of their customers and the general public. DM