Can Africa’s biggest prize find a worthy winner this year? 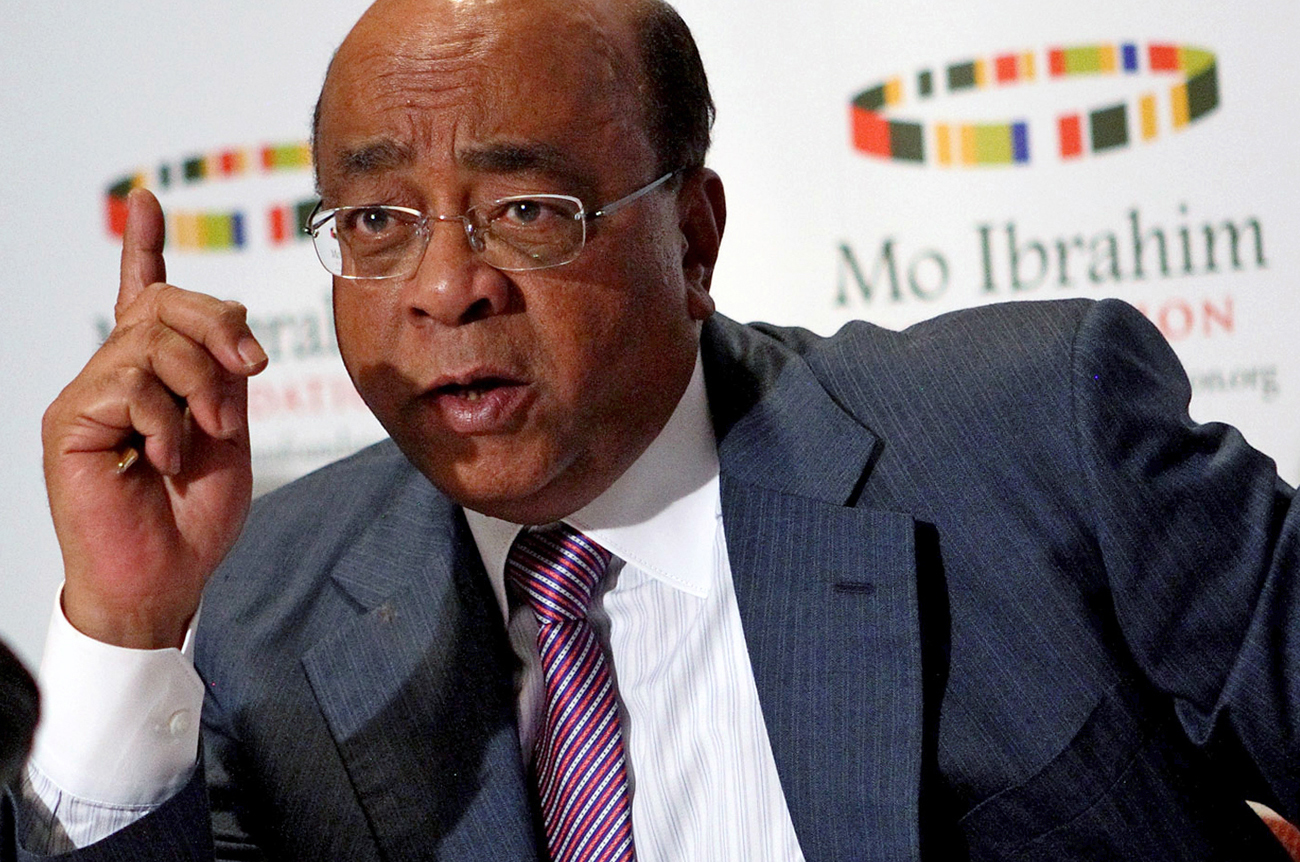 The Ibrahim Prize hasn’t been awarded the last two years, with the prize committee not finding any of Africa’s former presidents up to scratch. Africa – and the Mo Ibrahim Foundation – badly needs a winner. This year, they might just find one . By SIMON ALLISON.

Whatever the official line might be from the Mo Ibrahim Foundation, they’d really like to award a prize this year at Monday’s announcement. If not the much-vaunted Ibrahim Prize for Achievement in African Leadership risks fading into irrelevance too, especially after all the attention that the Nobel Peace Prize has shone on an African head of state.

Conceptually, the Ibrahim Prize is beautiful. Designed to combat the overwhelmingly negative stereotypes that surround African leadership, it focusses on the good – no, the exceptional – and gives the continent new icons to cherish and examples to follow. And as one of the richest prizes in the world – winners are given $5 million over 10 years, and $200,000 a year after that – it gives recipients the means to stay involved with their country’s and Africa’s issues.

Its flaw lies in its ambition and its high standards. The conditions for winning the prize are rigorous and adhered to strictly. Winners must be former heads of state who were elected democratically, and who left  office constitutionally (i.e. no fiddling with term limits) within the last three years. And, most crucially, winners must have been exceptional leaders. This is not a prize for mediocrity or basic competence.

That’s why Thabo Mbeki didn’t get it. The deliberations of the august prize committee are strictly confidential, so one can only speculate, but it’s easy to see where his record let him down. The arms deal would have raised questions, as would his HIV/Aids denialism. Ultimately, Thabo Mbeki was not an exceptional leader.

But exceptional African leaders are hard to find. For his own interest, and to prove a point, Mo Ibrahim (who, for the record, does not sit on the prize committee) once applied his criteria to Europe’s leadership for the last few years. His conclusion? No European leaders would have qualified for the prize either.

Fortunately, there are a few new candidates. While there’s no official shortlist, anyone armed with an African election schedule and a little knowledge of African politics can narrow down the contenders.

It’s been a big year for changes of power in island countries, which might be good news as these are traditionally some of Africa’s best governed. The Ibrahim Index of African Governance, a separate initiative of the Mo Ibrahim Foundation, is also released on Monday and the Top 10 positions will be dominated, as usual, by the likes of Cape Verde, Mauritius, the Seychelles and São Tomé and Principe. Maybe islands are just easier to govern.

So under consideration will be Pedro Pires, the Cape Verdean struggle hero and two-term president. His record in government is good: most notably, under his tenure from 2001-2011, the country developed enough for the United Nations to promote it out of the ranks of the 50 least-developed nations. This is a feat achieved by only one other country, Botswana. The man who oversaw Botswana’s development was the last winner of the Ibrahim Prize, Festus Mogae. Pires’ record is bolstered by his long involvement in international affairs. He helped mediate the independence of Namibia, for example, as well as the eventual evacuation of South African troops from Angola. Pedro Pires must be the favourite to take this year’s Ibrahim Prize.

Of the other island candidates, neither stands out in quite the same way. Fradique de Menezes was president of São Tomé and Principe between 2003 and 2011, but while stable his rule was unexceptional. His party, the Movimento Democrático das Forças da Mudança is popularly known instead as the Movement for the Defense of Fradique de Menezes, a  dig at his highly personal leadership style. And Ahmed Abdallah Mohamed Sambi of the Comoros, who stepped down this year after a five-year term, struggled to turn the economic fortunes of his country around after decades of coups, instability and infighting. He was, however, the first post-independence leader to assume power peacefully and he handed it over in the same fashion (although opposition figures claim this year’s election was flawed).

On the mainland, pickings are slimmer. The only potential candidate is Zambia’s Rupiah Banda, who lost power to Michael Sata in September’s election. But Banda would be a controversial choice; he only had two years in power, and his rejection by Zambia’s citizens after such a short stint is hardly a vote of confidence. And new President Sata, since assuming office, has been making all kinds of allegations about corruption within Banda’s ruling party. It will need more time to uncover any truth behind these, and it’s likely that the prize committee will defer considering Banda until next year.

Monday is a big day for Africa global standing and for the reputation of the Mo Ibrahim Foundation. The continent badly needs a winner to give it a bit of good news in among all the bad, and to combat those negative stereotypes. And the Foundation needs to have its strong belief in Africa’s leaders vindicated – as do the rest of us Africa optimists out here. DM

Disclaimer: Simon Allison worked for the Mo Ibrahim Foundation for two years from 2008-2010.