Tembisa fails to get what it wants – like everybody else 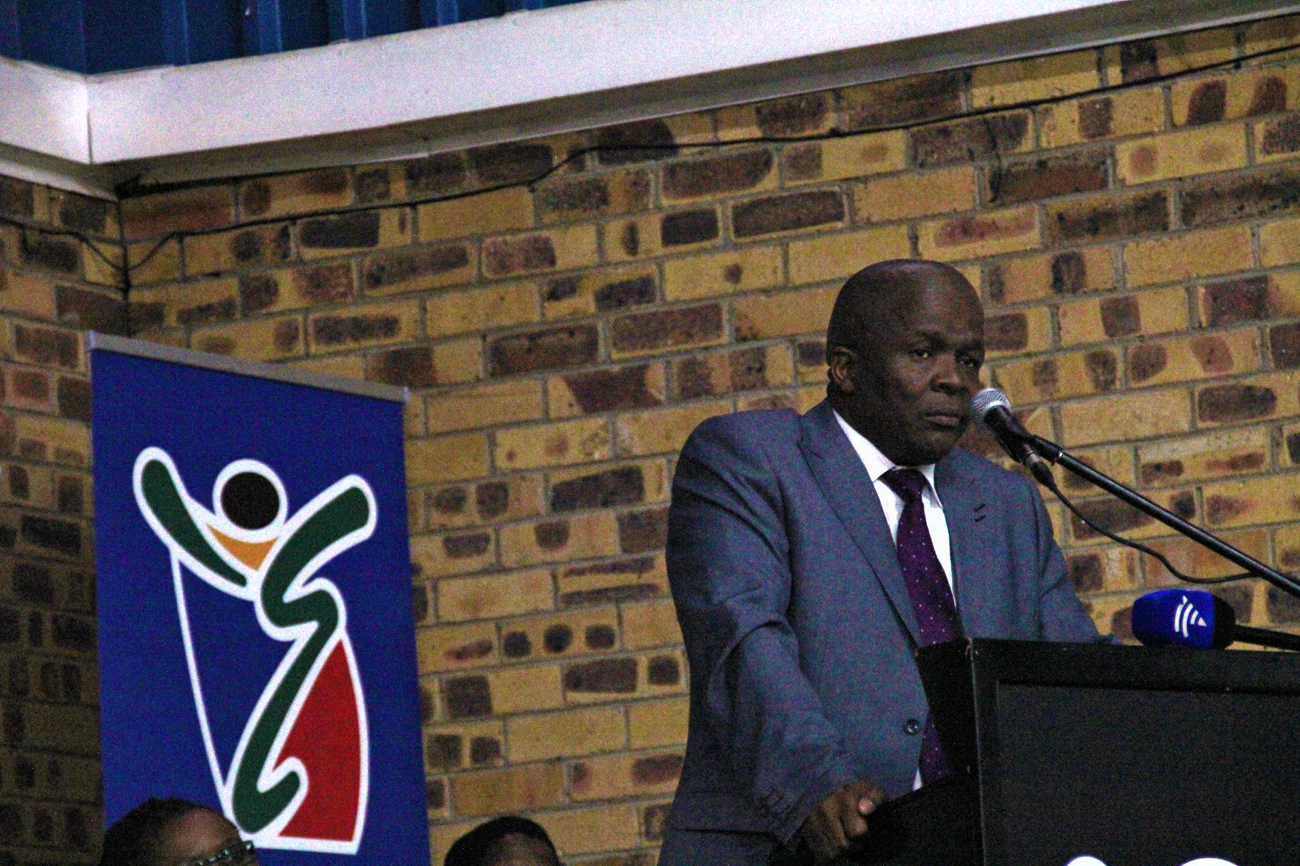 A long row of people formed to take their turn at the microphone, and they came in all shapes and sizes, from old women shouting their defiance to young men quietly having their say. Some cited numbers carefully tabulated on pieces of paper, others were rawly emotional. But their message never wavered: electricity is too expensive, and that needs to change.

Ekurhuleni mayor Mondli Gungubele and some of his executive listened patiently for hours, nodded, took notes, even bopped along to a couple of choruses of Umshini Wami. Eventually the crowd itself grew tired of the repetition and demanded to hear from their mayor, whose attention they have been trying to attract with increasingly violent protests. But bare minutes into his speech Gungubele was booed off the stage, and the community hall quickly emptied as people returned to their homes less satisfied than they had arrived.

“People are angry now… this meeting, its mood is such that you can’t resolve issues,” Gungubele told an impromptu media conference afterwards.

Of course things could have been very quickly resolved by giving Tembisa what it wants, which is exactly what at least some residents had been expecting. “We showed them our power, in the streets,” one woman had told us earlier. “They know we are not playing. So now they come to us.”

What Tembisa wants, or what a healthy fraction of the population of the sprawling township has demanded most vociferously, at least, is a direct relationship with Eskom. They can no longer afford the high electricity tariffs enforced by prepaid meters. So, instead, they want to buy their power directly from the producer, without giving the city its cut, and preferably pay after the fact.

Those two demands are not unusual in townships struggling under increased electricity prices, with which increases in social grants and wages aren’t keeping up. Municipalities love prepaid electricity and the certainty of payment they bring. Residents, denied the opportunity to use the city as a bank that will extend three or four month electricity loans when they find themselves in financial trouble, despise the boxes. Their unpopularity increase with every price increase – and we’re still in the early stages of the price hikes that are to fund Eskom’s massive expansion of generating capacity.

The fact that prices will continue to increase regardless of the supplier, well, that simply doesn’t come into it.

But in Tembisa, as everywhere else, people will not be getting even the temporary relief they are asking for. Ekurhuleni has an obligation to provide a wide range of services to its citizens, and those must be funded from rates and taxes, Gungubele says. Does that mean cutting the city out of the power loop, literally, is entirely off the table? Well no, not necessarily. There needs to be negotiations, you see, discussions. Wouldn’t want to pre-empt those.

A great many communities throughout the country are getting similar answers from their local and provincial governments when they demand housing, electricity, or water. With far too little money to go around, the few successes there simply serve to inflame; unfavourable comparisons with neighbours or towns elsewhere in the country are an inevitable part of the discontented mutterings. Failing to listen to complaints, or to dispatch a functionary of high enough rank to meet with the disgruntled, gives rise to street protests. Those have a nasty habit of progressing from burning tyres to the stoning of passing cars in a short space of time, which gets the police involved, which further raises tempers. Listening but not fulfilling expectations does little to defuse things, as Tembisa proved on Wednesday. Which leaves politicians with their stock in trade: lots of talk, few measurable promises, and endless delays in the hope that the trouble will blow over.

On Wednesday night, in Tembisa, that worked after a fashion. The mayor, his team and the dozens of police officers got to go home, and a chilly wind kept people off the street. Leaders of the local residents’ association urged calm: “we’re in negotiations now, so we need to show we are serious”. Those who had been organising their blocks into road-blockading brigades, however, mostly left with threats of violence. They’re pushing us too far, they said. They’re leaving us no other choice. This government is too corrupt to trust. They think we’re stupid. They think they can fool us.