Begging China for money, and begging the question 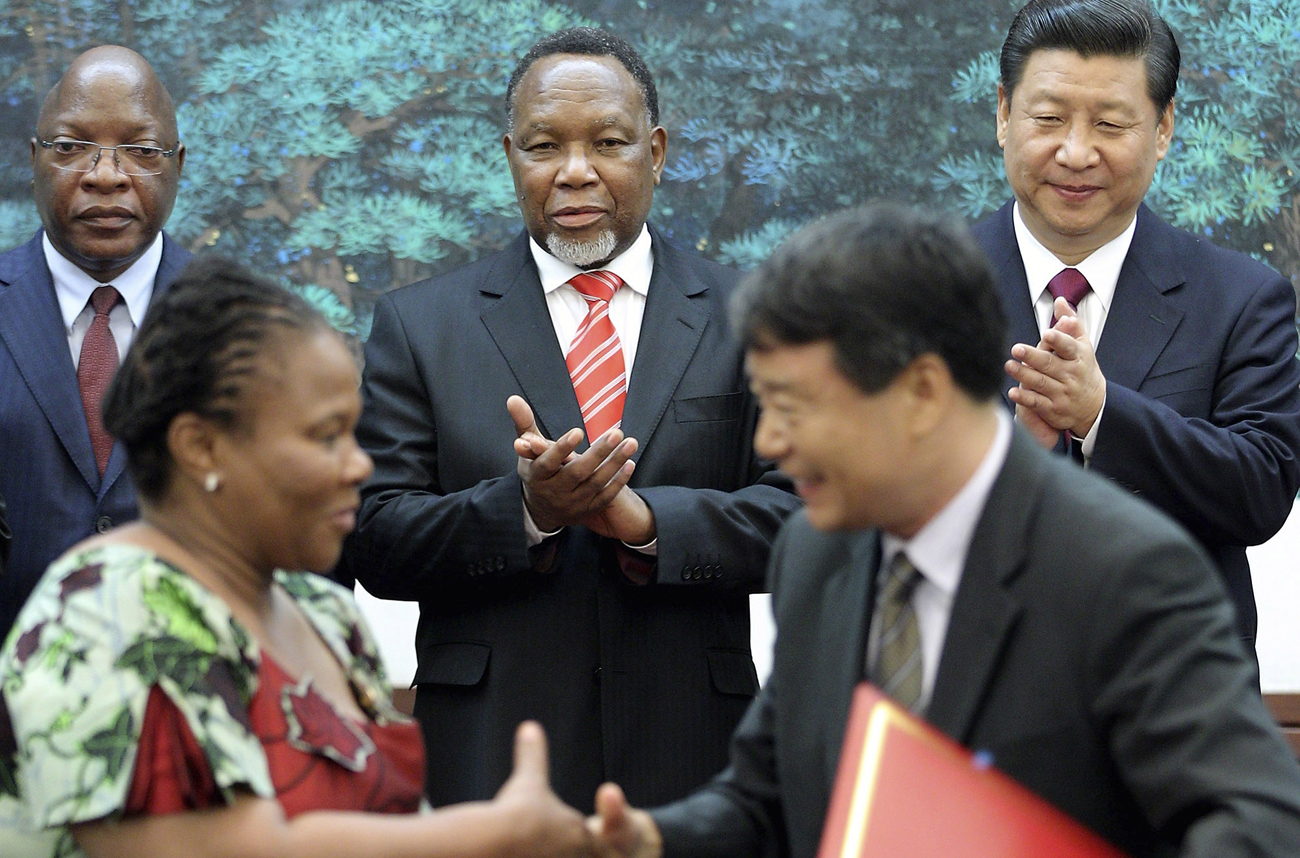 With the debate over the Dalai Lama and China’s influence over South Africa raging, PAUL BERKOWITZ wants to know: what has China really done for us lately?

So much copy has been written about The Great Dalai Lama Fiasco, and so many people have been selling climbing equipment for this molehill-become-a-mountain, that I wonder what I can add that hasn’t been said before. I do feel quite strongly, however, that an important question is going a-begging in this 15-act moral play that once was the Arch’s birthday party.

Before I raise my question, here is a (very) quick recap: The Arch wanted the Dalai Lama to attend his birthday celebrations. The South African government (through the Dirco) stalled on processing a visa timeously. The Dalai Lama cancelled his intended trip. The Arch held a press conference, full of sound and fury aimed at the ANC government. South Africans of varying opinions took to the ether and the airwaves to feed everybody else a piece of their minds.

So far, so predictable. There have been some thought-provoking analyses on the implications for South Africa – China relations (my favourite being RICHARD POPLAK’s beautifully-written piece here). There have also been the Twitter wags pondering whether white South Africans would forgive the Arch his (alleged) “white tax” comments in return for his (alleged) comments about the ANC government being worse than the Nats. It’s turned into a big old spaghetti Western, with the respective wearers of the black and white Stetsons dependent on how you choose to adjust the colour of your TV set.

Here’s the thing. I am a cynical so-and-so who cringes at flowery speeches and hearts on sleeves. Saints preserve the Arch – he should live to see 120 years – but my first reaction at his fire-and-brimstone press conference was “I didn’t get a pony for my fifth birthday, Arch. Suck it up.” I agree that it’s cruel to play with an old man’s emotions, but the moral outrage, for me, is a waste of time and a cluttering-up of the national debate.

Other commentators have focused on justifications for the government’s actions, or lack thereof by referring to the huge investments that China has made and will make into the South African economy. The unspoken assumption in these arguments is that our relationship with China is good for us, and that hard-nosed realpolitik trumps dewy-eyed Pollyanna posturing in the real world.

Let’s agree that by “good for the people” we mean things like job creation and economic development, and let’s set aside lofty and ephemeral conceits like “being a light unto the nations” for now. Our interactions with China must lead to economic development either directly (through the building of factories and businesses) or indirectly (through transfers of technology and education). What exactly are we receiving from the Chinese?

Is it an increase in direct foreign investment? It’s difficult to compile a comprehensive list of direct investment by the Chinese into South Africa. There have been very few high-profile, big-ticket investments, most notably the purchase of 20% of Standard Bank by the Industrial and Commercial Bank of China. That was in 2007, and the deal did inject billions of rands into South Africa, probably enough to offset almost two years’ worth of trade deficits with China. That investment was a strategic move to use Standard Bank as a springboard into African resources, and it’s not at all clear that this will create jobs or industry in South Africa.

Other large-scale investments like a R1.5bn cement plant are once-off, capital-intensive investments that may not create that many jobs.

There’s also scant evidence that there are conditions placed on Chinese investors to create local jobs, to maximise technology and skills transfer, to use South African companies for procurement purposes, or any other conditions which would enhance the creation of jobs and development. I’m not necessarily saying that there should be, but it’s interesting to compare the rough treatment that Walmart received when it purchased Massmart with the credulous faith in the power of Chinese investment.

The major concessions that South Africa appears to have won from the recent negotiations with China include a $2.5bn agreement between the DBSA and its Chinese counterpart (conditions and details unknown), an increase in the credit lent to South Africa (which will have to be repaid) and a commitment to more frequent talks in the future.

Let’s not forget that China does not make these investments out of the goodness of its metaphorical heart. It correctly sees South Africa as an important strategic partner; the most powerful and politically stable partner in the region and one endowed with lovely bits of iron, chromium and platinum group metals. The concessions we’ve made to the Chinese seem to include greater access to South African markets and enthusiastic support for Chinese interests on international stages like the WTO, the UN and so on.

The benefits of these bilateral junkets appear to flow mainly to the business interests and lobbies connected to the respective governments. It’s not clear or certain that the benefits will extend to widespread job creation. Job creation can only happen in an enabling environment created by appropriate small business-friendly microeconomic policy. That should be government’s main priority and abiding concern, not signing MOUs in the smoky rooms of Beijing and Ankara.

At about the same time that the ink was drying on the SA-China agreements, there were reports that South Africa’s beneficiation drive had suffered a body blow. A planned ferrochrome smelter is no longer going to be built in South Africa, but will instead be located in China.  It’s not China’s fault, but Eskom and the South African government’s, since the country won’t be able to supply power for the project. Bye-bye beneficiation and manufacturing jobs, hello widening trade deficit.

This example perfectly illustrates the real problems in the South African economy. It doesn’t matter how much money China is prepared to loan to us if we can’t spend that money responsibly on infrastructural growth. Signing bilateral agreement after bilateral agreement also won’t help if our economic planning remains chaotic and incoherent.

Let me not prescribe how you should express your moral outrage at the events of the past week, but please understand my anger in turn. The Chinese cannot save us from ourselves; at best they can relieve some of the symptoms of our poor economic policy choices. Some people would have you believe that the events of the past week were necessary for the greater good, that you cannot make an omelette without breaking some eggs. I say to them, just because you’ve broken some eggs doesn’t necessarily mean that you’re making an omelette. DM Fighting corruption is crucial to growth in South Africa