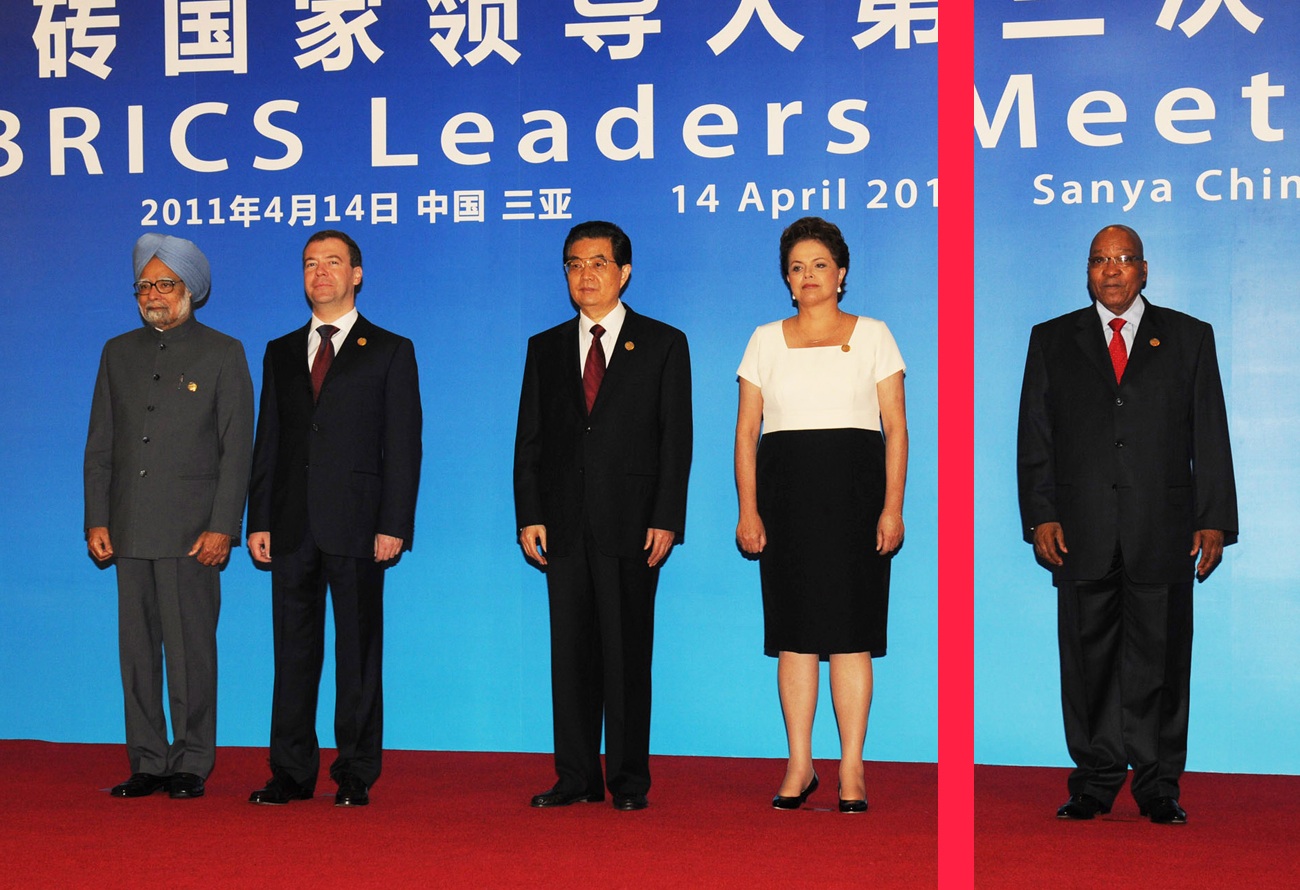 Speaking at The Economist magazine’s High-Growth Markets Summit in London last Friday, Goldman Sachs’ Jim O’Neill dropped something of a bombshell when told his influential audience “I don't acknowledge the S in Brics. South Africa is not of the same economic magnitude of the other Brics.” Oops. Of all people, he should know. By J BROOKS SPECTOR.

O’Neill is the financial giant’s Asset Management chairman. Was he somehow channeling Groucho Marx who had once famously said “I sent the club a wire stating, ‘Please accept my resignation. I don’t want to belong to any club that will accept me as a member’”. While O’Neill may not be alone in his judgment, his view may be a particularly influential one since he quite literally invented the term “Bric” in the first place, a decade ago, when he grouped Brazil, Russia, India and China together as large-population nations that were putting up some extraordinary economic growth statistics. Putting the “shiv” in just a bit further, O’Neill added, “There are lots of other growth economies that have more justification to be added to the Bric club than South Africa”.

The four nations soon ran with O’Neill’s concept and turned it into an organisation designed – at least in part – to promote the interests of rapidly developing countries in something of the same way as the G7 does for the developed economies. “Who would have ever dreamt that there would be a BRIC political club? It certainly isn’t something that I ever imagined,” O’Neill told CNN.

At the end of 2010, at the encouragement of China, the four nations invited South Africa to join their little club. Some observers argue this invitation to South Africa was something of a national ego stroking moment – China’s interest was much more to ensure a growing share of South Africa’s primary commodity exports to feed China’s rapidly growing industrialisation, rather than a recognition of South Africa’s actual economic heft.

O’Neill notes “news of the formal invitation, which came after persistent lobbying by the South African government, has left some economists puzzled. It is nowhere near constituting a Bric [nation], and without staggering productivity improvements… it is never going to get there.” In 2010, South Africa’s economy expanded significantly less than the other Brics nations. South Africa’s growth was 2.8%, while China reached 10.4%, Brazil 7.5% and Russia hit 4%.

In December 2010, after the Bric group had invited South Africa to join, SA’s international relations and cooperation minister Maite Nkoana-Mashabane had said that “The rationale for South Africa’s approach was in consideration of a matter of crucial importance to Bric’s member states – namely the role of emerging economies in advancing the restructuring of the global political, economic and financial architecture into one that is more equitable, balanced and rests on the important pillar of multilateralism.”

However O’Neill observed “South Africa has played on the notion that because they do have developed markets and Western governing standards in some areas they’ve said ‘look, we are the gateway to the rest of Africa’.” Although he agreed Nkoana-Mashabane’s argument had a point, he added that he wondered how the rest of Africa rationalised this development. “What intrigues me is whether other big African countries accept that and I doubt that Nigeria is going to be very happy about that. In the context of the continent, Nigeria is the place that really matters,” said O’Neill.

By contrast, O’Neill says that within the “next eleven” group, now called the Civets, there actually are four countries that realistically could join the Bric block. O’Neill added, “Korea, Turkey, Indonesia, and Mexico are big enough to stand on their own feet and are increasingly similar economies to the so-called advanced ones of the four Brics.”

O’Neill cautioned further that simply “being part of the Bric political club doesn’t guarantee that you are going to be regarded as a Bric economically.” Specifically with regard to South Africa’s membership in the group, “At this particular point in time, just because South Africa has been accepted into that club doesn’t change the way that I’ll think about it in terms of how we focus on what constitutes a Bric or not and whether it affects others in terms of investment flows.”

Given these unvarnished views, one has to at least wonder how easily O’Neill will ever get a visa to visit South Africa – ever again. DM