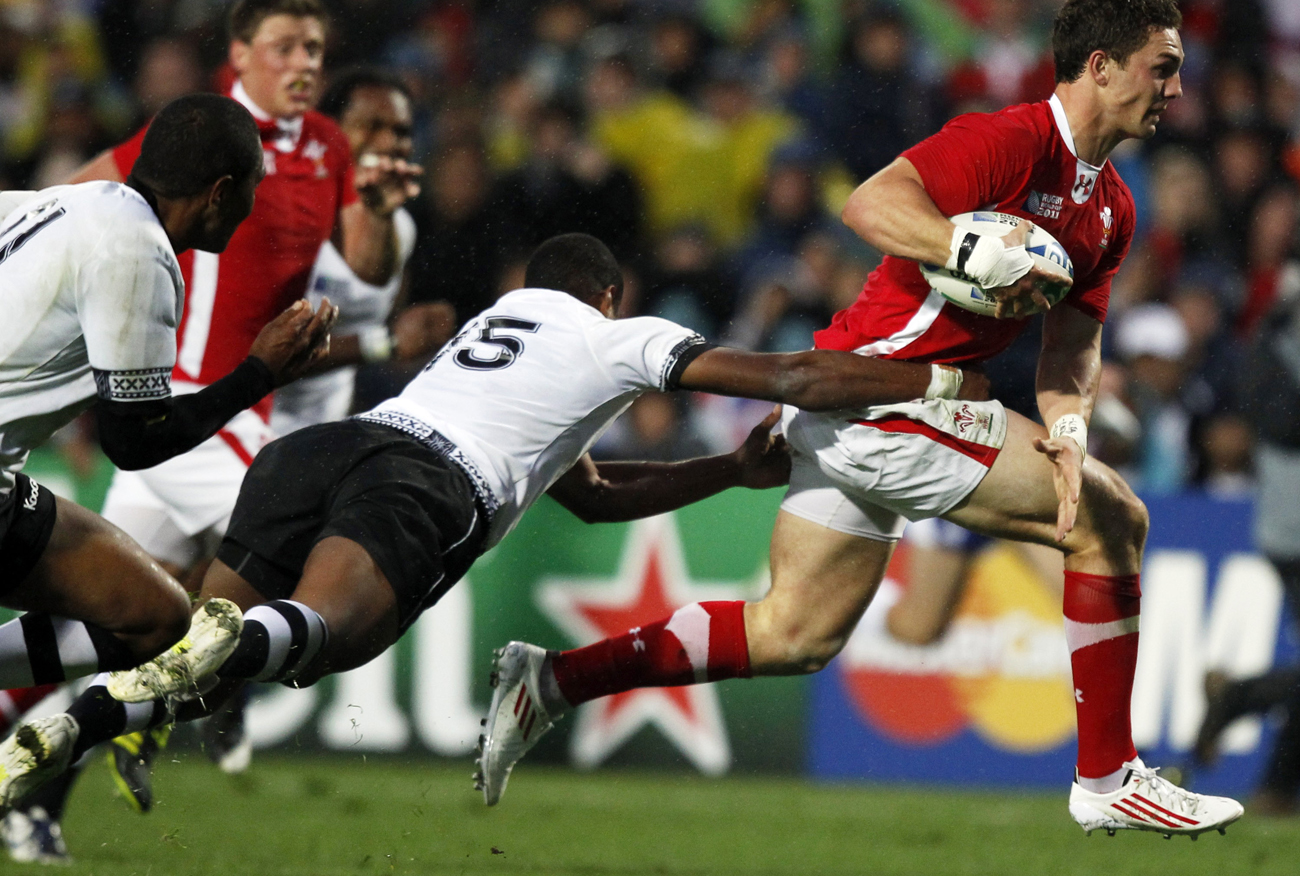 With South Africa cementing their place in the quarter finals of RWC 2011, Bok fans could afford to sit back and watch rugby drama unfold as the biggest upset in World Cup history played out and the favourites all suffered heavy injury setbacks. By STYLI CHARALAMBOUS.

After a bruising battle against the Samoans that confirmed the Boks as the second team in the quarterfinals, the nation held its collective breath as several key players limped off the North Harbour field under a cloud of injury concerns. JP Pietersen, Bryan Habana, Danie Rossouw, Francois Steyn and Francois Hougaard would have all given the Bok management team something to fret over as the medic team assessed the cost of the Samoan victory.

As it transpired, the cost was significant. Francois Steyn, South Africa’s long-range penalty specialist and reformed midfield maestro, has damaged his shoulder to the extent that it is tournament ending. Since deputising for regular inside centre, Jean de Villiers, as he did in the 2007 tournament, Steyn had combined superbly with Jacque Fourie, making the number 12 jersey his own. In calling for a replacement, the Bok coaching staff opted for Blue Bulls fullback Zane Kirchner, a player who has achieved nothing more than mediocre performances at international level. Counting in his favour was most likely past experiences of having trained with the Bok team and knowing the structures better than any newcomer would. The World Cup, as we know, is not a tournament for untested variables, with experience usually coming up trumps.

For South Africa, the best centres are already at the tournament, with additional cover in the form of Pat Lambie and Butch James, so a fullback was probably the right call by the Bok team.

The silver lining is that the rest of the team appear only to have light niggles, with the exception of Hougaard who will be assessed this week, that should allow Peter de Villiers to choose from a full fit squad come next weekend against Australia in Wellington. Francois Steyn and his prodigious boot will be sorely missed.

If South Africa felt they had injury woes, spare a thought for Australia (okay, don’t) who have had the depth of their squad tested as they seemingly picked up serious injuries in each game played. The latest casualty is wing Drew Mitchell, whose Rugby World Cup is over, exacerbating the casualty count on the wing that saw eighthman, Radike Samo, start out wide against Russia. The Aussies have endured injuries at hooker, flank, centre and wing that could yet unsettle or deplete their line-up against South Africa.

But the talking point of the weekend – trumping even Tonga’s victory over France – was the groin injury that has ruled New Zealand’s golden boot, Daniel Carter, out of the World Cup.  The 29 year old suffered a tear of his groin muscle, during kicking drills ahead of what was to be his first start as All Blacks captain against Canada.

News of the injury shook New Zealand like another earthquake as captain Richie McCaw himself struggled with an ankle problem that kept him out of the Canada match as well. The hosts, and their opponents, will know how huge this setback is, as the island nation attempts to lift the trophy for the first time since their only win back in 1987. Although Carter struggled to reach personal heights of seasons past, with dazzling displays on defence and attack, much of the All Blacks hopes of winning this tournament resided on the shoulders of the Test match points record holder.

Compounding the problem for the All Blacks is the issue of who the best substitute will be to fill the rather big boots of Carter. In the same announcement confirming the devastating news of Carter’s withdrawal, coach Graham Henry publicly backed understudy Colin Slade, to step up and lead the Kiwi backline henceforth. But such has been the underwhelming nature of the international performances of the Highlanders flyhalf, that scrumhalf Piri Weepu could be picked to start ahead of Slade.

Such has been the dominance of Carter over the last eight years – no other flyhalf has had the opportunity to develop at international level and leaving talented hopefuls to head for economic pastures in the British and French club leagues.

With Carter out the picture, not only will the Kiwi backline be without their general, but the team will be also be without their first choice kicker, at a juncture when games are likely to be decided by three pointers.  As the tournament enters playoff mode, margins will be tighter and tries will be harder to come by, only placing more emphasis on goal kicking that has been erratic for most teams during this tournament.

Special mention should also be made of the Tongan victory over the unpredictable French on Saturday. In producing the 19-14 win over the Tricolours, the South Pacific islanders capped off a tournament that showed just far the game of rugby has progressed. The lower- ranked sides cast off the “whipping boy” tags to produce some inspiring displays and never-say-die spirit to justify the game’s status as a truly global one. The French, Rugby’s equivalent of the Pakistan national cricket team, now have the accolade of the being just the second side in history to qualify for the quarterfinals after losing two pool games. Not since Fiji progressed in the inaugural competition has this been achieved.

With the match-ups now decided, the competition has evolved into an even geographical split of the hemispheres of rugby. Four Southern Hemisphere teams will challenge for a final berth in the same half of the draw, leaving the home unions and France to contest the other, in what will be the 6th time out of seven, that the final will be decided in a North vs South affair.

Ireland will play Wales in the first quarterfinal match on 8 October followed by two teams that can count themselves lucky to be in the knockout phases, England v France. In what is sure to be a tough encounter, Ireland will be looking to progress past the quarterfinals for the first time ever, against a Welsh team looking very impressive, boasting a squad oozing with talent and confidence.

South Africa face-off against Australia in arguably the most anticipated QF match while hosts, New Zealand square up against Argentina. Much has been made of the challenge ahead for the Boks, now that Australia lies in wait, as opposed to previously expected Irish challenge. As most teams have found out, no match can ever be taken for granted at the World Cup and with the Irish shrugging off some poor pre-tournament form to play some superb rugby, it may just be a blessing that the Boks now take on a familiar adversary. DM