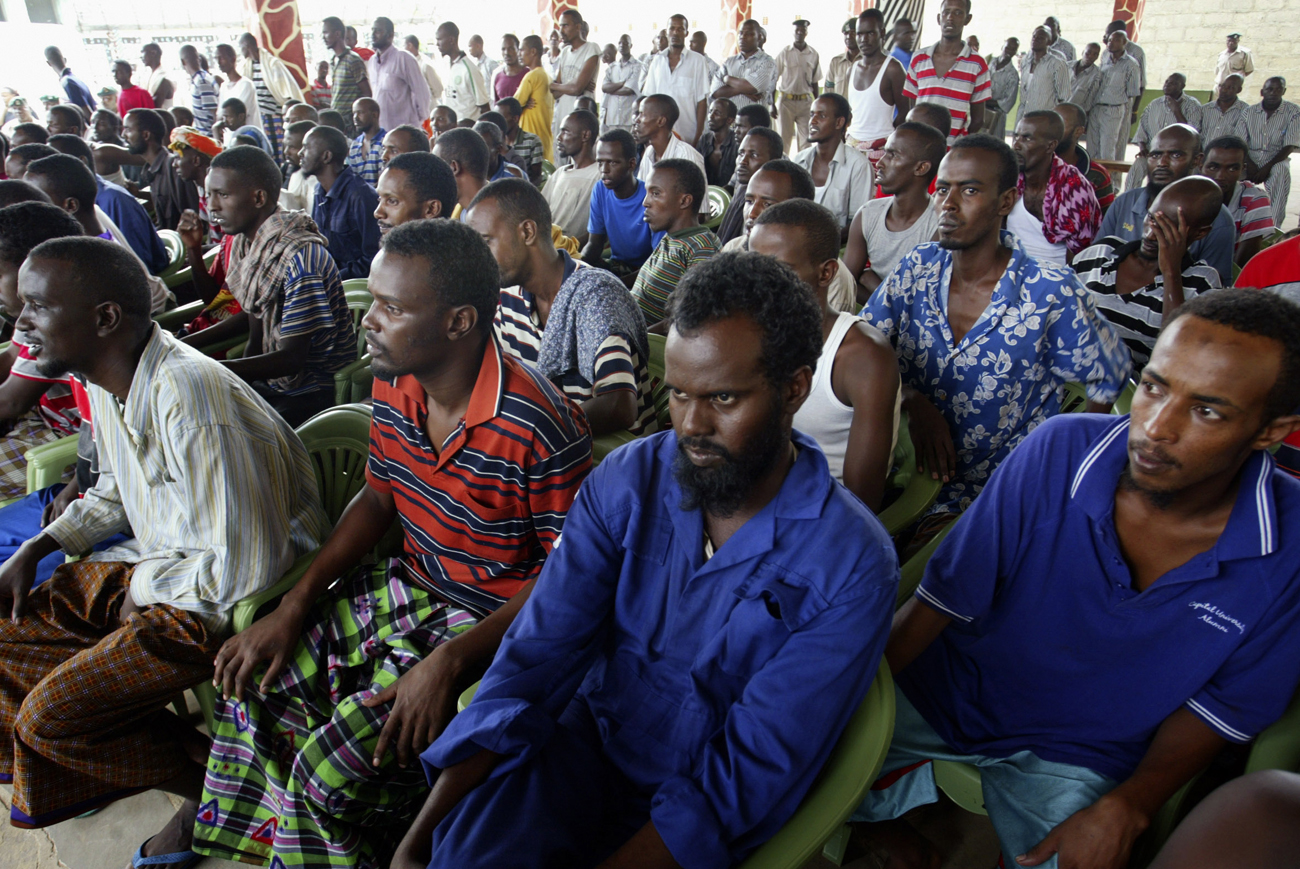 With the South African counter-piracy task force under “Operation Copper” cycling through our shiny frigates at an alarming rate, the Southern African community is beginning to understand that piracy off the Horn of Africa is not a localised phenomenon. The thought of Somali piracy encroaching upon Southern African waters is a new one, but with a successful attack occurring last year, maritime security is back on the agenda in a big way.  By JOHN STUPART.

The Eastern littoral states suffer an embarrassingly acute shortage in naval capability. From Mozambique upwards, there are simply not enough seaworthy vessels capable of venturing the hundreds of nautical miles out to sea to interdict and capture pirates, let alone the legal frameworks necessary to prosecute them. Operation Copper is admirable, and our Navy and SANDF contingent are doing us proud, but it will not be enough if pirate attacks increase in Mozambican waters. Put simply, our strategic planners need to think out the box when it comes to counter-piracy.

At the moment, the pirates are almost exclusively Somali, meaning the source of this problem originates from the world’s number one failed state, three years running according to Foreign Policy. As such, the global defense and political community have repeatedly and gravely warned that piracy will not disappear until Somalia’s chronic civil war and societal ills are fixed permanently. All well and good. Except the last time this was attempted, it resulted in the 3 October 1993 Blackhawk Down incident, where 18 elite US soldiers were killed while trying to nab some high-ranking warlord types. Somalia is a tough nut to crack, and trying to patch up that mess of a country would require a global intervention as yet unseen. So where does that leave the fight against pirates?

For Southern Africa, the biggest military asset on the seas is the South African Navy. With a single frigate operational at any one time, we represent the collective might of our regional maritime domain. Namibia is making great strides in forming its own smaller navy capable of patrolling its coastal waters, but by and large the SADC region is beholden to our own boys in blue. That is not going to be enough when (and it is important to stress it again: when) piracy spreads to our shores. But on land, there is a lot more our soldiers can do.

In Afghanistan General McChrystal refined the art of intelligence warfare through the use of “networks” or “netwar”, and this is a lesson the SANDF would do well to learn. Utilising the principles of netwar would involve the creating of intelligence nexuses on land, capable of reporting impending and occurring pirate attacks so that our single frigate can do more than just find a needle in a haystack. The principle behind this is the use of an established human intelligence network which can quickly send information through to officials who are in a position to inform naval or military units capable of detaining pirates as they leave their ports. We are deluding ourselves as southern Africans if we truly believe that piracy will remain a Somali-based threat. It’s only a matter of time before a local Mozambican or Tanzanian fishing community get it in their heads that taking to the seas to capture or steal some vessel’s valuables is preferable to scratching out a meagre subsistence fishing the Indian Ocean. Instead, the piracy threat for the southern African maritime domain would be from southern Africans, not Somalis. To combat this we need an intelligence picture of the threats in our region before they become an act. If a neighbouring Mozambican village can inform the navy of some suspicious speedboats which passed their area, intercepting them at sea (or even finding them on land later) becomes a lot easier.

This is where netwar can save SADC states a lot of headaches in chasing the wakes of fast-disappearing skiffs and speedboats. Creating an intelligence map that can quickly and easily inform military and police assets in the area (i.e. our navy and Mozambican authorities) of locals who have set out to sea with more AK47s than fishing nets will have a natural strategic benefit. The bonus of netwar in Southern Africa is that it would not be particularly difficult to implement. We are talking about a handful of SANDF and Mozambican officials trained in intelligence, travelling the length of the coastline in a few 4x4s, giving community leaders a Nokia 1100 mobile phone with a pre-programmed number to dial when they hear of neighbours going about their piratical ways. Even if some villages decide that the phone is better used calling local girlfriends, the net-effect is a map of information along our coastline which can be exploited far more effectively than if a single frigate sent some troops around the coastline to ask questions. In Somalia this approach is impossible, given the complex clan-based system and hostility to foreigners, but in Mozambique and even Tanzania, the implementation of a basic intelligence framework is easily achieved, and can yield very positive results.

SADC states need to look away from grey-painted warships and naval build-ups to combat piracy. Such measures are costly and take years to implement. If we are to take piracy seriously in the short-term current land-based solutions must be used. We have a competent and effective infantry force that is well-versed in the Special Forces tactics necessary in intelligence-gathering, and they would be wasted if they weren’t implemented in netwar strategy. To fight piracy outside of the Gulf of Aden, SADC nations must be creative in their strategies. Following the traditional, maritime approach is unfeasible and will not be productive. Using the assets we already have in place is leagues ahead of anything we can dream up of in the procurement boardroom. DM