South Africa, when you need truth, who you gonna call? 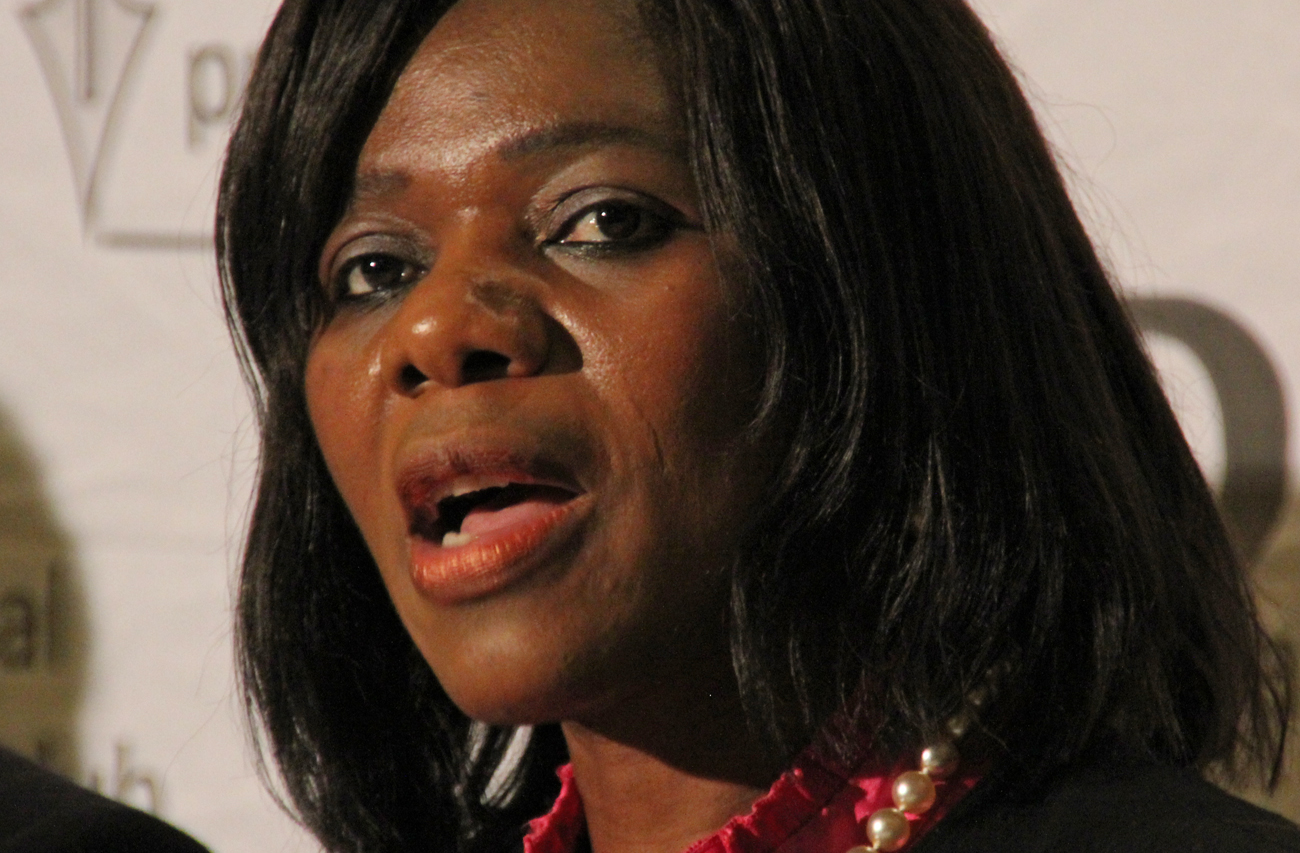 When Jimmy Manyi first entered government, he took great pains to say that there was no conflict between his then brand new role as director-general of the Department of Labour, and his other job as president of the Black Management Forum. Again and again he promised there would be no conflict. Well, the Public Protector says he, er, lied. By STEPHEN GROOTES.

Thuli Madonsela says Jimmy Manyi failed to “comply with the Public Service Code of Conduct”. He’s now the latest in a long list of people who count themselves among Madonsela’s enemies. But in the court of public opinion, she couldn’t care less.

Manyi is currently Cabinet’s spokesman and chief executive of the Government Communication and Information Service. This complaint about his conflict of interest (laid by that indefatigable fighter for accountability, advocate Paul Hoffman) relates to his previous job as Labour DG. But Madonsela also says that there is still a “perceived conflict of interest…that needs to be carefully managed”. While at Labour, Manyi held a meeting with the Norwegian ambassador Tor Christian-Hilden. As a part of that gathering, he offered the BMF’s help in teaching the Norweigians about black economic empowerment. Presumably that would entail lots of face time with business people of his choosing – which could lead to closer relationships, financially speaking. Christian-Hilden then complained that Manyi had actually tried to drum up some business for some chums of his. And thus, it would seem, we have Madonsela’s ruling.

This is hardly going to hurt Manyi’s credibility, a pretty much impossible feat, considering that he is probably the least-trusted government official in the country. He hasn’t made many friends since famously starting his first press conference as Cabinet spokesman with a list of things he wasn’t going to talk about. It didn’t help that he followed it up by telling reporters, asking about the Public Protector’s report into the police building leases, to just “trust me”. And he’s ended every press conference since then with the claim that “South Africa has a great government, a transparent government, a government that is working hard for the people”. Yeah, right.

Manyi’s problem has been compounded by a series of strategic errors of his own making. He refuses to answer the charges against him. That just makes him look guilty. He promised that all his briefings would start on time. Hasn’t happened. He also talks too much when giving answers, thereby increasing the risk of a mistake. And he doesn’t wait for Cabinet ministers to stop speaking amongst themselves when doing presentations. It makes him look not just rude, but weak.

It’s going to be interesting to see if there will be any response to this finding. My bet is no. At some stage, his acolytes at the BMF will release a statement claiming Madonsela was wrong. He would have written it or, at the very least, signed off on it. The real question is whether his political masters will actually do anything. I’ve always believed Manyi doesn’t have a real political constituency of his own. His appointment was more cock-up than conspiracy. But times have changed. President Jacob Zuma seems to be in a mood to take action against people who the Public Protector has smacked. And there have been consistent rumblings that Manyi’s line manager, presidency minister Collins Chabane, isn’t his greatest fan.

There is a chance that, in his quest for a quiet life, Chabane may decide enough is enough and convince Zuma to sack him. (No doubt Trevor Manuel would lead the chorus of tearful farewells from the Cabinet.) But overall, apart from statements deploring this action from the BMF and the ANC Youth League (who would probably include an ode to Kgalema Motlanthe for good measure), there would be very little political fall-out for anyone.

Having said that, if I were Manyi, I would do the one thing that he has refused to do: call my own press conference, look deeply into the TV cameras, and say I was sorry. Not “I apologise”, which is somehow now a corporate word, but “I’m sorry”. It worked for Zuma, it could work for Manyi.

If his image is hitting new lows, the public persona of the person who found against him, Madonsela, has never been better. It’s interesting that the issue which swung the pendulum was that of the National Police Commissioner. When Lawrence Mushwana left the office of the Public Protector, confidence in that office was non-existent. Not only did he rule in favour of the ANC in literally every case, he walked away with R7 million for the privilege, before going on to continue his party hacking at the Human Rights Commission. The only time he appeared to actually engage his brain was when called to make a ruling in a case balanced between Thabo Mbeki and Jacob Zuma. Otherwise, as the Supreme Court of Appeal pointed out in its striking down of his decision not to investigate the Oilgate scandal, he was just a praise singer.

Before taking what was then just a warmish seat, Madonsela had kept a relatively low public profile. People who knew her whispered that she might come across as softly-spoken in public, but that she had a hugely independent streak and was a fierce fighter.  They’ve been proven right.

It was the Cele issue that thrusted her in the public eye. Her finding that someone perceived as close to the President was actually guilty of wrongdoing, and that public works minister Gwen Mahlangu-Nkabinde had refused to work with her office, electrified the public imagination. She is bucking the trend. Over the years, we’ve become quite used to ANC hacks doing party work in government jobs. Think of the Judicial Service Commission, or the Human Rights Commission. Think of the Commission for Gender Equality and its silence during the Zuma rape trial, or almost any “independent” body you care to name.

In fact, it’s a measure of the hold the ANC has on the levers of power through its policy of “deployment” that Madonsela has made such an impact. Think of it like this. On Tuesday, there were public interviews for positions as commissioners at the Independent Electoral Commission. Several political people were among those interviewed, including Frank Chikane and former Tshwane Mayor Smangaliso Mkatshwa. On the panel were Chief Justice Mogoeng Mogoeng, Mushwana, and Madonsela. The IEC is crucial to our democracy; if it’s no longer independent, our entire project fails. Now read through the names of the people doing the interviews again. Mogoeng, Mushwana, Madonsela. What went through your mind? We thought so. DM