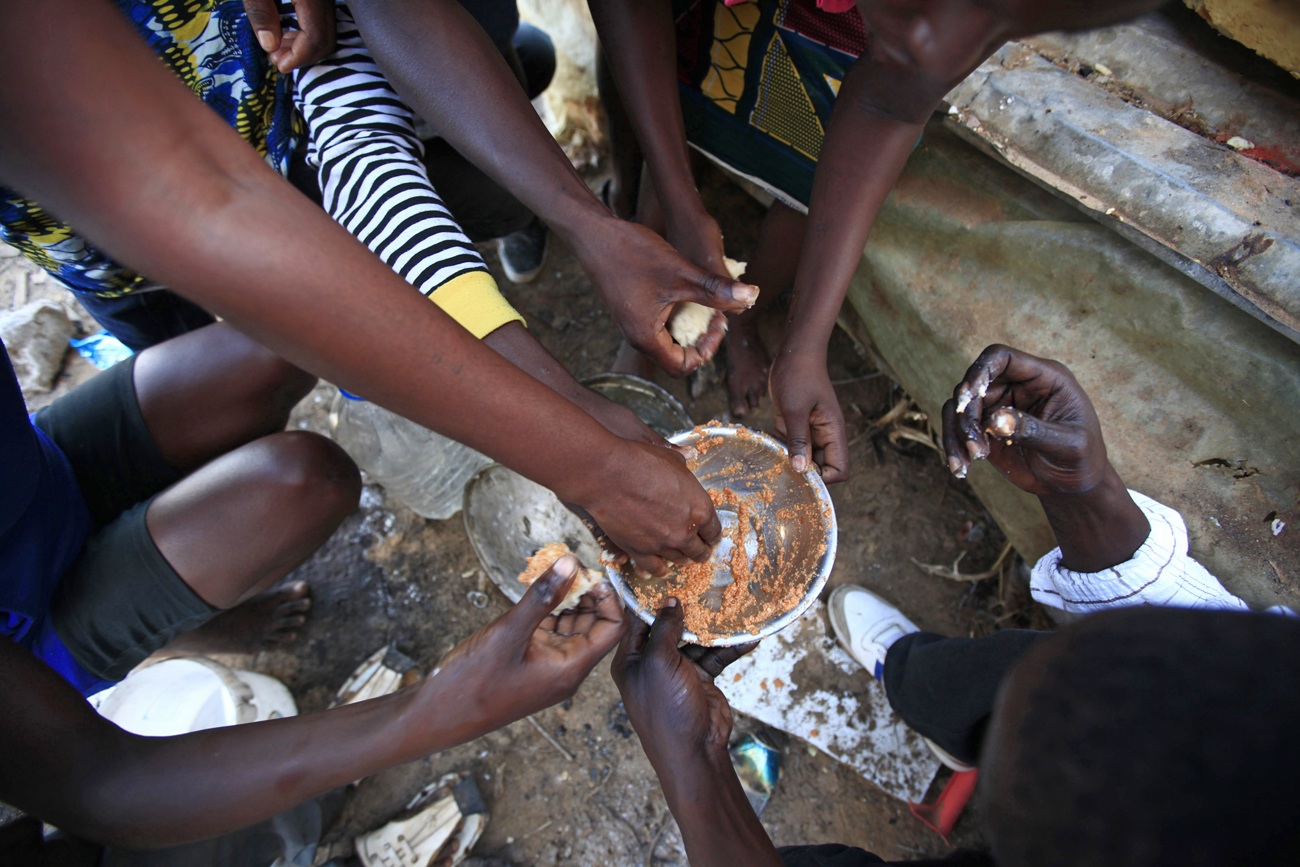 Score one for the optimists: a UN report has defied doom and gloom predictions that the world is running out of food and water, saying that there’s enough water in river basins to more than double food production, even accounting for a surge in population. That doesn’t mean that all people will get fed and watered, but a solution is at least possible. By SIMON ALLISON

There’s more than enough water on this earth, and if we use it properly we can easily double food production. This is the reassuring headline finding of the final report from the Challenge Program on Water and Food (CPWF), a research body established under the auspices of the United Nations, after conducting an immense five year survey across 30 countries.

This is not an unfamiliar refrain, of course. Food and water shortages are historically nothing to do with absolute scarcity, but rather to do with politics, distribution and resource management. As CPWF director Alain Vidal commented: “Water scarcity is not affecting our ability to grow enough food today. Yes, there is scarcity in certain areas, but our findings show that the problem overall is a failure to make efficient and fair use of the water available in these river basins. This is ultimately a political challenge, not a resource concern. Huge volumes of rainwater are lost or never used, particularly in the rain-fed regions of sub-Saharan Africa. With modest improvements, we can generate two to three times more food than we are producing today.”

Easier said than done, of course. The CPWF identifies Africa as one of the regions that should make far better use of its water and land, with some regions producing only 10% of the food that they possibly could. But rainfall doesn’t fall evenly across the continent, explains Guy Pegram, managing director of Pegasys, a consultancy which specialises in high level water strategy. Rainfall in Africa is concentrated mainly in the centre of Africa, with the periphery (particularly the southern and northern areas) receiving relatively little. Where it does fall, it’s often in inconvenient locations, such as in the middle of a dense rainforest which is difficult to access and environmentally fraught to chop down. And rainfall is also unreliable; while in Europe it rains with regularity, much of Africa’s rainfall is dumped on the continent in huge downpours of the type that cause flooding, and Africa just doesn’t have the infrastructure in place (such as dams and reservoirs) to catch the deluge.

There are also plenty of political obstacles to solving food and water issues. African countries are still working on the concept of sharing, and it’s not going very well. The Nile River is a good example; for decades, Egypt and Sudan have enjoyed 90% of the Nile water thanks to a colonial-era treaty, refusing to countenance changing its terms. But a handful of downriver countries, led by Ethiopia, are threatening to change this unequal situation, leading to tense and delicate negotiations between the respective governments. It actually makes sense for countries like Ethiopia to use and store more water, rather than keep it at vast expense in desert countries like Egypt where some of the water just evaporates anyway. This, however, is a difficult argument to sell to the Egyptian government who’s principal industry – agriculture – relies exclusively on the waters of the Nile.

So there’s a long way to go before Africa, and the world, can solve water shortages and the associated food scarcity. But, if the CPFW report is accurate, the difficulties are to do with politics and infrastructure –seemingly intractable problems, but not insurmountable. Imagine if the report had concluded that the world was running out of water, full stop. This would have had massive implications for every facet of human existence, from the cost of food to population control to what countries go to war about. And, ultimately, there wouldn’t be anything we could do about it.

So take hope: there’s enough water to go around, and if the world figures out how to distribute it properly, there’s no reason for anyone to go thirsty. And because there’s enough water, there will be enough food, so no one should be hungry either. A utopian ideal, perhaps, but one worth drinking to nonetheless. DM