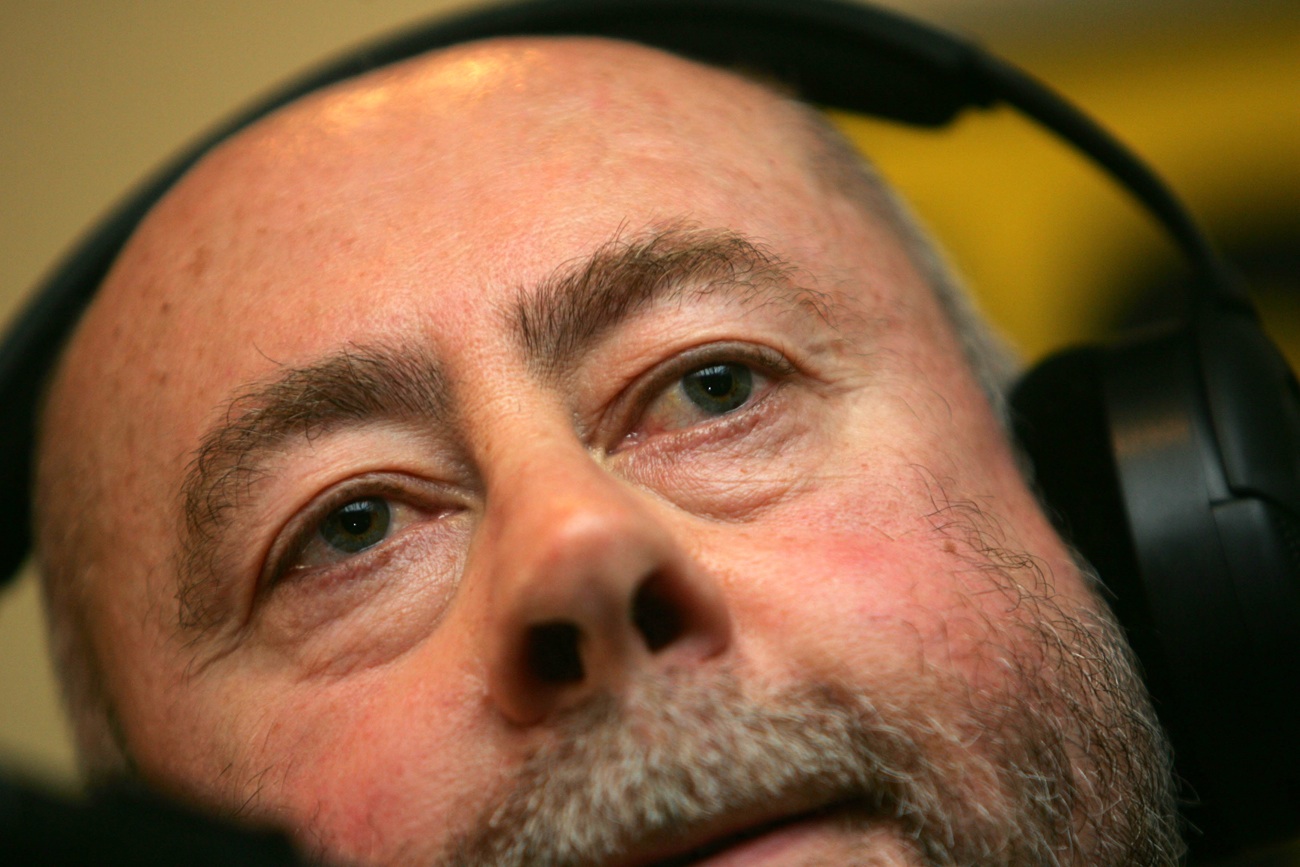 Wouter Basson. “Dr Death”. The man who ran the apartheid government’s biological warfare project is alive and well, and running a rather successful cardiologist practice in Parow. You’d be right if you think this is unjust. So does the Health Professions Council of SA. By STEPHEN GROOTES.

And so they’re trying (again) to stop him, to punish him in some way for what he did. They started a hearing on Monday to essentially say that he is not fit to practice as a doctor, because of what he did during apartheid. It’s a fight worth having. But good luck to them; they’re going to need it.

When Hollywood finally wakes up and realises the way to tell our story is not through worthy dramas with Oscar winning actors and directors with the surname Donner, Brando or Attenborough but actually through a good, old-fashioned James Bond-style thriller, the part of Wouter Basson is going to be played by a big name. Someone with real street cred. The man who occupies such a central place in our history is also someone who, unlike so many others, remains unapologetic. He doesn’t claim that he didn’t know the “Nats were so bad”, or that he thought the “defence force was just for defence”. He stands up and says he would do it all again, if confronted with the same decisions. As historical figures go, he’s pretty unique on that score. Because as a man who provided the drugs, the biological weapons, for the apartheid regime, what he did was really horrendous. It was he who literally ran the whole show in that theatre of horror.

Basson’s life has up until now been a fairly cinematic experience in its own right. He was young, and seen as brilliant talent. He went into medicine and was in the military, when he was literally plucked up by the establishment and asked to defend the republic from its enemies. In a way, it could almost be from the pages of “Boys’ Own”. A young hero, who was going to save the country. Except that he was obviously on the side of evil, his bosses were very, very bad people and he eventually became Dr Death. He was given carte blanche to run Project Coast. Money was not an object. He travelled the world, spending time in Libya and Iraq, learning about biological weapons, selling on his knowledge, basically becoming a player in the worst parts of the arms business. In the end, the wheel turned, the apartheid regime fell and he was cut lose. He was eventually bust in a sting operation with illegal drugs that he had manufactured on an industrial scale before facing trial.

And yet all efforts to punish him have failed. A long case saw him acquitted on a technicality because most of the murders he was allegedly involved in had happened in Namibia, and thus outside South African jurisdiction. Then there was an appeal by the prosecution. It was described by the Supreme Court of Appeal as one of the worst applications it had ever seen. Odd when you consider the stakes that were at play. And then, eventually, the Constitutional Court ruled that he could still be tried on those charges.

But nothing has happened. The National Prosecuting Authority has sat on its hands. Perhaps, if the rumours are true, because they’re too scared of him. Or perhaps, because someone like Basson still has his uses, or simply knows too much.

But either way, the Health Professions Council now wants to take some kind of action. And it presumably thinks it can hold Basson to a higher standard. As a doctor, they may think they can expect a certain standard of ethical behavior from him, whereas a criminal court would have to actually find him guilty of a criminal act.

The charge sheet is a list of activities Basson admitted to while testifying in court. The official charge sheet mentions a charge, and then lists his own testimony to back it up. So it seems very unlikely that any new facts will emerge from this process. But that doesn’t mean it’s a pointless exercise. Most people are likely to feel, quite rightly, that if the courts can’t punish him, anyone who can, should try.

But the council will have its work cut out for it. In a previous application two years ago, the council brought an ethics expert to testify that what Basson had done was unethical, and thus should be struck off the roll. But it went horribly wrong when Basson’s lawyer, Jaap Cilliers (who has represented many big names in his time, including Jackie Selebi) was able to force the expert to admit, on the stand, that actually Basson hadn’t done anything wrong. Now there’s an American expert, Professor Steven Miles, who’s been brought in to do the business. Basson then went to the North Gauteng High Court claiming he was being persecuted, that he’d already been through one hearing and shouldn’t have to go through another. That bid failed, and thus we’re all back in the council’s chamber.

But of course, we’re some way from hearing from the new witness. Cilliers first wants to see some documentation. In an application described as just a “delaying tactic” by the prosecution, he wants to know more about a man called Dr Ben Steyn. Steyn is the person who took over Project Coast from Basson in 1993. He’s already testified under oath that all he did was shut it all down. Except for fact that he also asked the council for permission, as a doctor, to carry out biological warfare experiments. That permission was granted. And thus, goes the argument, Basson will be prejudiced if he doesn’t know why that permission was granted, and yet he’s being tried for doing exactly the same thing.

It does seem to make sense, doesn’t it?

In the end, Steyn did arrive, but will only testify, behind closed doors, alas, on Tuesday. He looks like your normal mild-mannered GP, except that he wears a brown military uniform. Exactly what he will say remains unclear. But it seems he could suggest the experiments he needed permission for were only related to defensive, and not offensive measures. That to test certain protective gear say, you need to create the weapon first, and for that he would want to make sure the paperwork was sorted.

Basson himself seems to regard much of this as more irritating than anything else. He says that this a political move, it’s not about what’s right, and that he would like to just “get on with my life, my patients” etc. His victims’ relatives might well retort that that is not what he deserves.

When meeting a person like Basson for the first time, it’s easy to be struck by his easy charm, his confidence and the huge brain that he carries with him. This is someone who is sharp. Super-sharp in fact. He is quick, always has an answer that is well thought-through and seems to make sense. You get the impression that about 20 years ago, he realised the wind was changing and needed to make a few choices. One of his strategies has been to always be accessible to the media, to speak in public, to defend himself loudly and cogently. It couldn’t have been easy, taking calls from people who call you “Dr Death”. But perhaps Basson realised it was either that, or slide under a stone and stay there. Perhaps that would have worked for him, but not his family.

The council has set up a three-person panel to hear the case, two medical experts and a retired judge; there’s an advocate acting as a prosecutor and an advocate, Cilliers, acting for Basson. Basson himself takes notes. Somehow one gets the feeling that this particular movie isn’t going to end here, in this chamber, before a medical ethics committee – that the time for the final credits hasn’t arrived, and that the curtain is going to stay up for a while longer. Basson has shown himself to be a great survivor, a man who writes his own script, and gives every indication of wanting to continue to do so. Despite the fact he played such a major villain in our own tragedy. DM