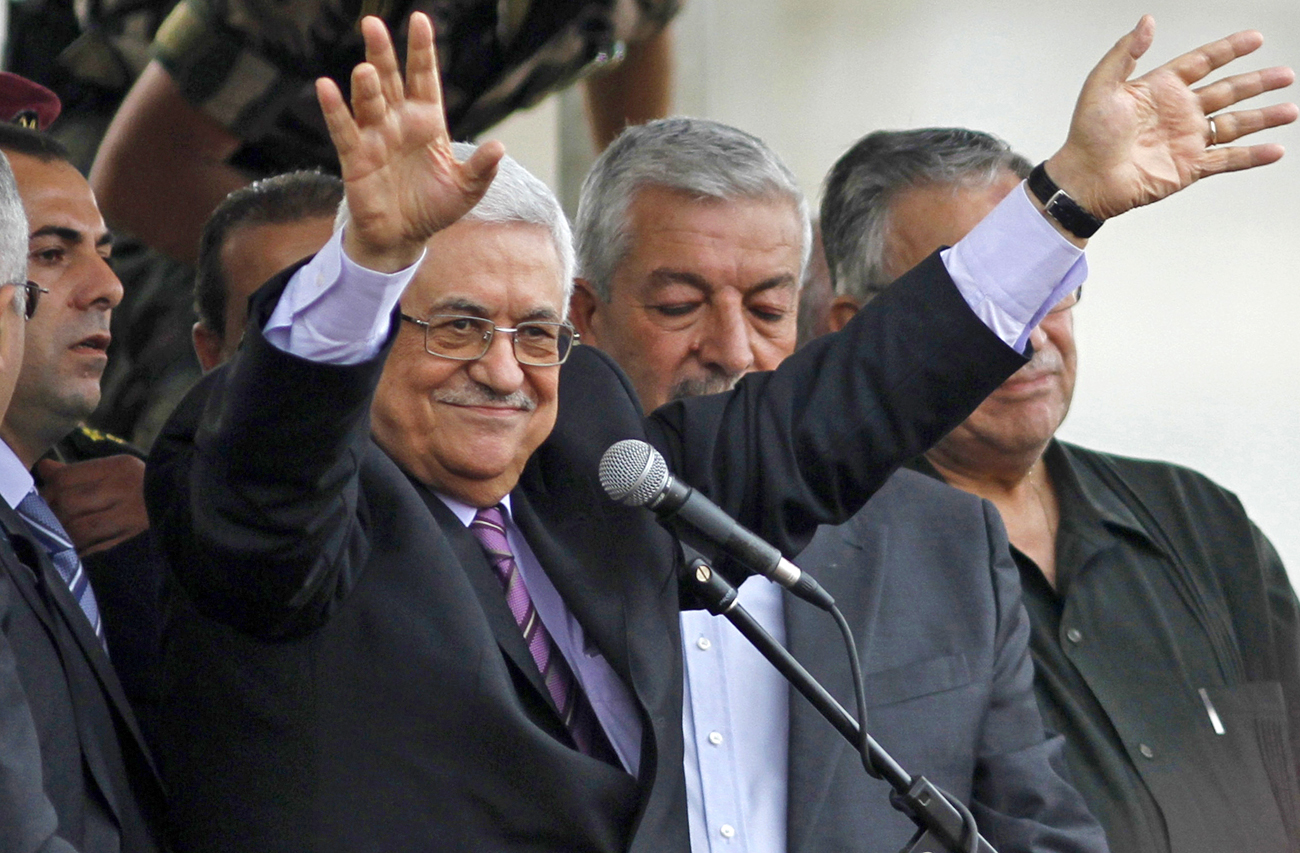 The celebrations in Ramallah and the occupied West Bank last week, as President Mahmoud Abbas made his formal bid at the United Nations for Palestinian statehood, have this week died down in the face of the uncomfortable reality – neither the United States, nor Israel, nor the Palestinian Authority itself are likely to emerge from this historical episode better off. By KEVIN BLOOM.

So it wasn’t a bluff. On Friday, 23 September, President Mahmoud Abbas stood before the 66th session of the United Nations General Assembly mere hours after submitting an application for Palestinian statehood to the organisation’s secretary general. The speech he was about to give had drawn thousands to public squares in Ramallah and other cities in the occupied territories, where large television screens had been rolled out underneath Palestinian flags. Abbas opened his speech by praising the UN and its member states, and then he sent his special regards to the brand-new member state South Sudan, a very clear message that if a two-state solution could be achieved in one part of the world that had been riven by violence for decades, it could be achieved in another.

After the speech, in Palestine, the streets erupted in celebration, and the applause and congratulations continued in New York for many minutes. There were three powerful observers, however, who were less than happy with the slice of history they had just witnessed. These three, from wherever they happened to be watching, were the United States administration, the Israeli administration, and Hamas – and for different reasons, it’s more than likely that their displeasure will quickly translate into confusion and chaos for Abbas as he tries to steer his submission through the world body.

To start with the Americans. As Daily Maverick reported previously, one interpretation of Abbas’s announcement in mid-September was that it was a negotiation tactic, an attempt to inject some urgency into endless talks about talks that were going nowhere. As we also reported, such an interpretation seemed to amount to wishful thinking on the part of President Obama’s people – mainly because a proclamation of statehood would allow Palestine to enter forthcoming peace discussions with its boundaries recognised and the so-called “rights” of Israeli settlers sidelined. But that didn’t stop Obama from making a speech before the UN on Wednesday, 21 September, that was arguably the most pro-Israel of any US president in living memory. Pro-Israel why? Pro-Israel because he promised, in effect, that if Abbas went ahead and applied to the UN for statehood, the US would veto the motion at the Security Council.

Granted, Obama’s hand was forced by partisan politics back at home in America, where Republicans – spurred on by the calculating and opportunistic Israeli Prime Minister Bibi Netanyahu – have been making concerted efforts to win the Jewish vote. Still, somewhere in the US president’s desperate speech lay the suggestion that things in the Middle East would never be the same again. As the New York Times reported: “The extraordinary tableau Wednesday at the United Nations underscored a stark new reality: the United States is facing the prospect of having to share, or even cede, its decades-long role as the architect of Middle East peacemaking.”

And more alarmingly: “Even before Mr. Obama walked up to the General Assembly podium to make his difficult address, where he declared that ‘Peace will not come through statements and resolutions at the UN,’ American officials acknowledged that their various last-minute attempts to jump-start Israeli-Palestinian negotiations with help from European allies and Russia had collapsed.”

Meaning, after the Arab Spring, all bets in the Middle East are off. The United States has raised the ire of the Arab world at this crucial juncture, and with China having already weighed in with support for Abbas, the European Union may decide not to side with its NATO allies. Leaving Israel’s so-called victory a pyrrhic one – its only friend, for decades the only friend that counted, is no longer the undisputed heavyweight champ.

As for Netanyahu’s own speech at the UN, a speech that was applauded by conservative Jewish organisations worldwide for its apparent reasonableness and eloquence, the best that can really be said of it was that it was a pack of smoothly delivered lies. Akiva Eldar, writing for the Israeli newspaper Ha’aretz, summed up this fact on 26 September with the following words: “The real main message that Netanyahu brought to New York was that peace is achieved through direct negotiations between the parties, not unilateral measures like appealing to the United Nations. (By his truth, expanding the settlements in territory whose future is supposed to be determined through negotiation is presumably a bilateral measure.) As a goodwill gesture to the Arab neighbors, Netanyahu quoted ‘an old Arab saying that you cannot applaud with one hand.’ The truth is that the ‘saying’ is actually a distortion of a well-known Zen koan. An innocent mistake, happens to everyone. The lie is in the ‘moral’ of the saying, according to which the problem is the Palestinians’ refusal to clap their hands for peace and talk about security.”

Which leaves Abbas where? Unfortunately, back in Palestine, Hamas are waiting with their mouths watering. If the United States is forced to block the motion for Palestinian statehood at the United Nations Security Council, it will then have to work feverishly behind the scenes to convince the General Assembly – where there is no veto – to decline Abbas’s second prize too: ie., non-member observer status for Palestine, the equivalent of international recognition. The US may have lost significant power in the region but it definitely hasn’t lost all its power, and it is coming in off a very strong base. Can the Obama administration persuade enough voters in the General Assembly to nix Option B as well? Of course they can.

And Abbas’s defeat will mean Hamas’s victory. As Efraim Halevy wrote last Friday in The New Republic: “[This] UN debacle is likely to lead to a precipitous decline in the prestige of the entire Fatah movement, a process that will only accelerate once a triumphant Netanyahu and despondent Abbas return home. We can expect widespread Palestinian demonstrations in Judea and Samaria in coming weeks, and they may be targeting both the Israeli and the Palestinian leadership.”

As of this writing, Palestine has secured the votes of six states on the 15-member Security Council – China, Russia, Brazil, Lebanon, India and South Africa. The number needed for approval of the resolution is nine, and if that happens, the United States would be subjected to the embarrassment of having to use its veto powers. With Britain and France still sitting on the fence, the wranglings continue. Ultimately, one of the most intractable political situations on Earth may have just gotten a lot thornier. DM