Tembisa protests and the shadow of things to come

Tembisa protests and the shadow of things to come 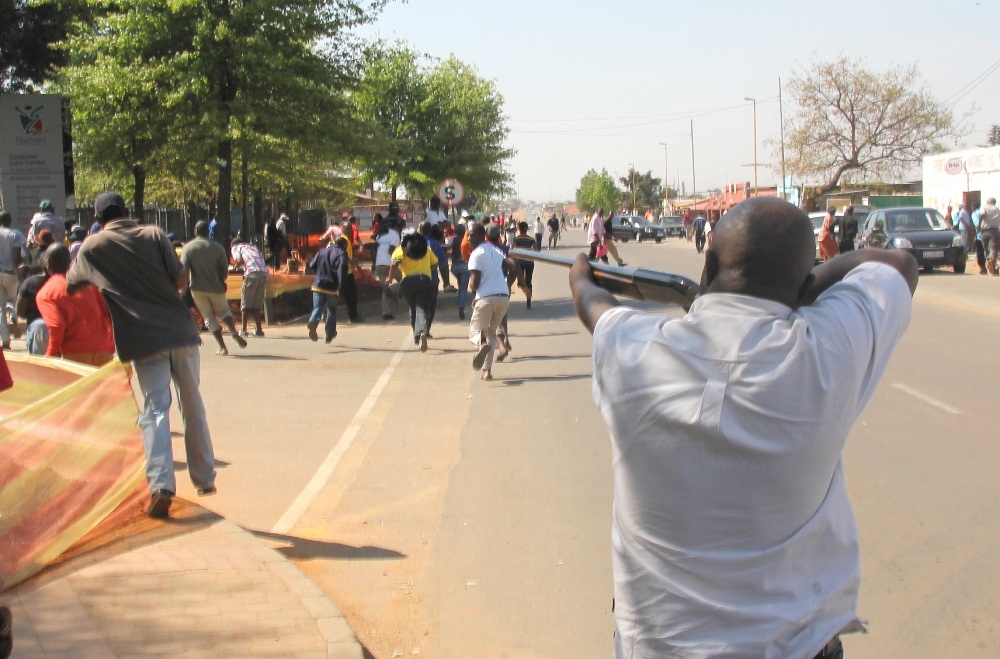 On Monday thousands of residents in Tembisa took to the streets to demonstrate primarily against the high price of electricity. They were swiftly dealt with, forcefully, politically and temporarily, but not before giving us some insight into what promises to be a long, hot summer of service-delivery protests. By PHILLIP DE WET.

It takes three data points to show the beginning of a trend, and Tembisa this week provided the third major service delivery protest in Gauteng in as many weeks. The direction is pointing towards “uncomfortable” at best: an increase in the number of such protests in coming months with a good chance for escalation.

Residents of the township took to the streets in their thousands early on Monday morning, blocking tens of kilometres of roads with rubble ranging from paving stones to entire trees and threatening to stone police to keep the roads closed; whether or not there was any actual stone-throwing is a matter of some contention. Though children went to school, much of the rest of Tembisa ground to a halt, with those who are employed being strenuously advised not to go to work, shops remaining closed and even a municipal service centre closed for part of the day. By early evening the protest was halted, for the time being, even though vast sections remained largely impassable to traffic.

Although it far outstripped them in sheer scope, the Tembisa protest was not all that different from similar community uprisings last week in Chiawelo, Soweto, and nearby Themb’elihle in Lenasia. The major underlying complaint is the high cost of electricity, with a laundry list of other complaints (sanitation, housing, healthcare) added as something as an afterthought. Much of the community believes its letters and memorandums and queries have been ignored by an unfeeling local government, that it has been failed by its representatives, and that causing a ruckus is the only way to get noticed. Notably, though, many of the people we spoke to also believe the government, whether local, provincial or national, can relatively easily improve their lives should it apply its mind to the problem. That is perhaps the most telling difference between communities that try their hand at such protests and their neighbours that do not; where apathy has trumped hope, people still grumble but do little else. Faith that a government that could, for example, turn back the clock on electricity prices by five years is a prerequisite for politics to spill out into the street.

That makes for a large number of contenders, however. The increasing spread between social grants and administered prices is universal. Towns and townships were mobilised ahead of both national and local government elections with promises of change and improvement. Anecdotal evidence is showing even those who don’t closely watch labour statistics that the odds of a DIY improvement in economic circumstances aren’t great. So we wouldn’t bet against further sporadic and, eventually, long-running service-delivery protests everywhere from Gauteng and Cape Town to the rural reaches.

In Tembisa, residents officially agreed to wait on a response from the city before planning their next move, but some of the more militant and perhaps less political young men muttered darkly about petrol bombs and the ease of targeting state infrastructure as a lesson in the power of the people. They were joined by a new crop of radicalised citizens, not so youn, but incensed by heavy-handed police tactics in breaking up small groups of people quietly talking on street corners on the basis that these constituted illegal gatherings. That approach did get major roads and business nodes reopened on the quick, but the bill may come due the next time people decide to stand up to authority.

Organisers in Themb’elihle, Chiawelo and Tembisa have all promised they will not rest until their demands (mostly for electricity, or cheaper electricity) have been met. In all three communities they hope to do that through negotiations spurred by their attention-getting tactics. In all three they are likely to be frustrated and again grow impatient. In all three they have at least the tacit support of the majority of residents for protest action – without a great deal of concern about keeping such action entirely peaceful. It could be a long, hot summer. DM