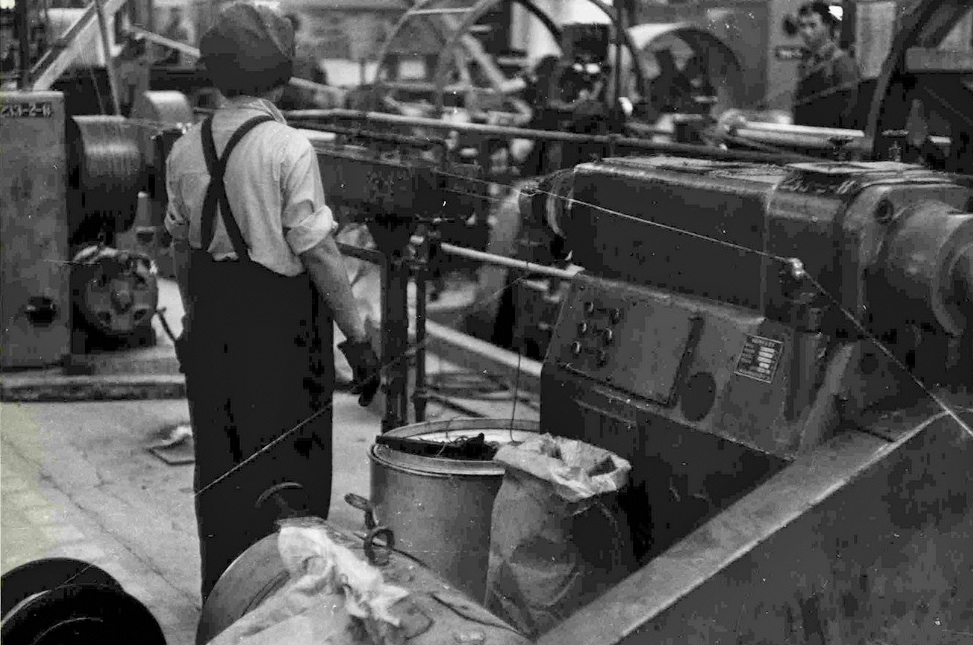 Once upon a time people worked in factories, clocked in early, clocked out late, and spent much of the day toiling under the watchful eye of hawkish supervisors employed to ensure every pound of flesh was fed into the industrial machine. Why are these days still with us, and isn’t it about time we found smarter ways to work? By MANDY DE WAAL & DAVE DUARTE.

We see it in offices around South Africa: people are working longer hours, taking shorter breaks and multi-tasking more. This simplistic approach to productivity harks back to the industrial era, a time when productivity was a simple equation of speed, accuracy and duration.

Even notable American industrialist Henry Ford realised that racking up 50 or 60 hours a week left workers drained and ultimately unproductive in the long-run, and we can thank Ford for a standard 40-hour work week that was adopted largely because of his experiences.  But why isn’t a 40-hour week ever long enough to do everything that needs to be done? The short answer is humanity is buckling under a data deluge.

The Global Information Industry Centre at the University of California, San Diego, did a research survey three years ago in which they discovered that people in the US consumed an average of 12 hours of information every day. The “How Much Information” research stated: “Consumption totalled 3.6 zettabytes and 10,845 trillion words, corresponding to 100,500 words and 34 gigabytes for an average person on an average day. A zettabyte is ten to the 21st power bytes, a million million gigabytes. These estimates are from an analysis of more than 20 different sources of information, from very old (newspapers and books) to very new (portable computer games, satellite radio, and internet video). Information at work is not included.”

Given that data growth is exponential, it is safe to say we are all chowing down on a hell of a lot more data now, than we did in 2008. But is the answer to dealing with all this data to be found in working longer hours in the hope of achieving more?

Au contraire. Thinking we’ll get on top of our work by multi-tasking or working harder for longer is both nonsensical and scientifically incorrect. The big shift that needs to be made is a move away from managing time to managing energy and attention. To achieve better productivity, science is telling us that we need to revolt against linear, factory type work attitudes and become fit, alert and enlivened.

Managing data overload isn’t a matter of time failure, but rather filter failure which speaks to an inability to pick out the most relevant information. The National University of Singapore did an experiment where they gave groups of students books to go through as part of an attentiveness and filtering test. The task required a high level of attentiveness to ensure varsity students filtered the correct information.

The results showed that students that didn’t take any breaks during the task showed a marked drop off in performance, while those who took short breaks and simply surfed online were energised and did really well. However doing work during breaks, like attending to email, was disastrous and significantly hampered productivity.

But productivity isn’t just a matter of watching time. Increases in output are greatly influenced by energy. Industrial machinery can carry on unabated as long as the plug is in the socket, but humans need to manage their health a lot more carefully.

Sadly physical fitness has become less, rather than more, important despite the fact that we’ve moved from a mechanical to a digital age. For the past 20,000 years or so, human development was all about augmenting physical capabilities. Cars to help humans go faster and further, planes to enable people to cross oceans of water, factories to speed up production.

But there’s been a massive change in the last 20 or so years as humanity has shifted toward that next frontier: the human mind and the capacity to augment intelligence. This has led some intellectuals to wonder whether humans are now more android or even on the verge of becoming “techno-sapiens”.

The focus shift from body to mind brings its own challenges, because our physical and cultural practices haven’t developed at the same pace as technology. People have got centuries worth of wisdom about physical health, but there’s very little insight to deal with email overload, data expansiveness or the merits of surfing for productivity. Undoubtedly your mother will have told you to eat green cruciferous vegetables, but it’s unlikely she’d have given you a recipe for handling your bloated inbox.

In the whir of today’s information technology enriched offices, people are doing more mentally, while physically doing less. In the strain of trying to fit more in from sunrise to sunset, healthy habits have succumbed to convenience food, snacking on the go, remaining static, not chewing properly and forgetting basic bodily functions (how to fill your lungs with air).

Richard Branson was lunching at that lush little resort he owns in the British Virgin Islands called Necker Island when he was asked how he manages to live the good life. You know Sir Richard – the business icon, founder of the Virgin empire and intrepid explorer who is still rocking after all these years. Branson contemplated and answered that the reason he’s able to do so much is because exercise gives him an extra four hours of productivity a day.

Tim Ferris the man Wired Magazine calls “The Superman of Silicon” valley says that Branson’s “secret” is the billionaires’ productivity principle. The author of The New York Times’ best-selling books “The 4-Hour Workweek” and “The 4-Hour Body”, Ferris became famous for showing people how to live more and work less by adopting an efficient mobile manifesto.

Ferriss’ body book is a life hack that looks at how people can become super fit by making small life changes. This makes absolute sense because if you’re running a global empire, you can hardly do it efficiently with “dead batteries” or by being half charged.

Too often the first thing people do after the alarm bell rings is to switch on their mobile, crank up their computer, switch on the espresso machine and head into the day. It’s not a bad way to start out but if you’re forsaking exercise, it could be a big mistake. Physical fitness may be the most important part of your day if you’re serious about productivity, your ability to concentrate and maintain of energy levels at work.

In summary, the biggest lesson from the new productivity principles is to reorient thinking. Instead of starting your day with how much time you need in the office, begin with what you need to get done, what your priorities are and what your purpose is. Don’t do long static stretches without taking breaks, even if it’s just to stand up and breathe, or take a quick stroll around your cubicle. And if you think you don’t have time to exercise, perhaps you need it more than you think but won’t find the time unless you make the time.

The bottom line? Just do it. Your body will love you for it, but more importantly, so will your mind. DM

This is part of an ongoing series by Dave Duarte and Mandy de Waal on Nomadic Leadership.