WikiLeaks wants information to be free, but getting Assange to talk is costly 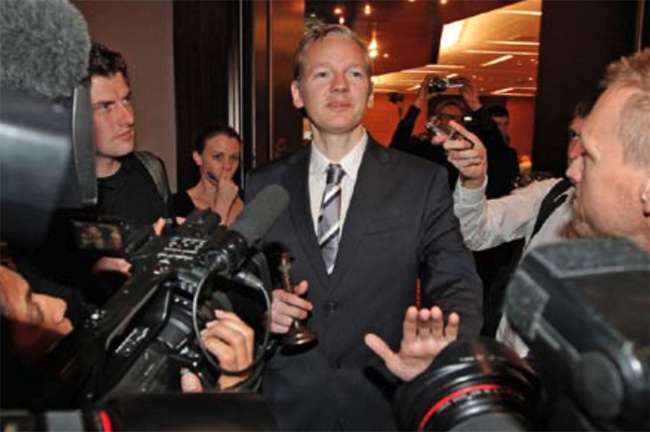 There were rumours at the Pacai conference that Julian Assange was set to participate in a panel via video link-up, but his exorbitant speaking fee of €10,000 meant this was never going to happen. By THERESA MALLINSON.

WikiLeaks co-founder Julian Assange, currently under “mansion arrest” at Ellingham Hall, was approached by the organisers of the Pan-African Conference on Access to Information to speak at the event via video link-up. If you didn’t guess from its name, Pacai, a sister conference to Highway Africa, is host to about 220 journalists, lawyers, media activists, and government ministers from around Africa, and the world, discussing and debating issues around access to information.

Assange was asked to participate in a panel on Sunday afternoon titled “Exemptions and Secrecy in the WikiLeaks Era”. Professor Guy Berger told iMaverick: “His agent in Ireland said that for appearances, their starting point to negotiate is €10,000.” That would be more than R100,000.None of the other speakers at the not-for-profit conference – including UN representatives, government officials, and people who have been fighting for access to information and a free media since Assange was in nappies – were paid speaking fees. Like both President Jacob Zuma and former US president Jimmy Carter, Assange could easily have taped a short video message to be broadcast at the event, which means he wouldn’t even have had the hassle of engaging in a live-streaming conversation.

This wasn’t just any old conference, but a forum for debate about the very issues that Assange claims to trumpet. It’s a pity he seems to care about his bank balance more than his principles. Considering that WikiLeaks is now auctioning Assange’s personal effects on eBay in a desperate attempt to raise funds, we’d hazard a guess that not many organisations are coughing up that €10,000 virtual appearance fee. DM