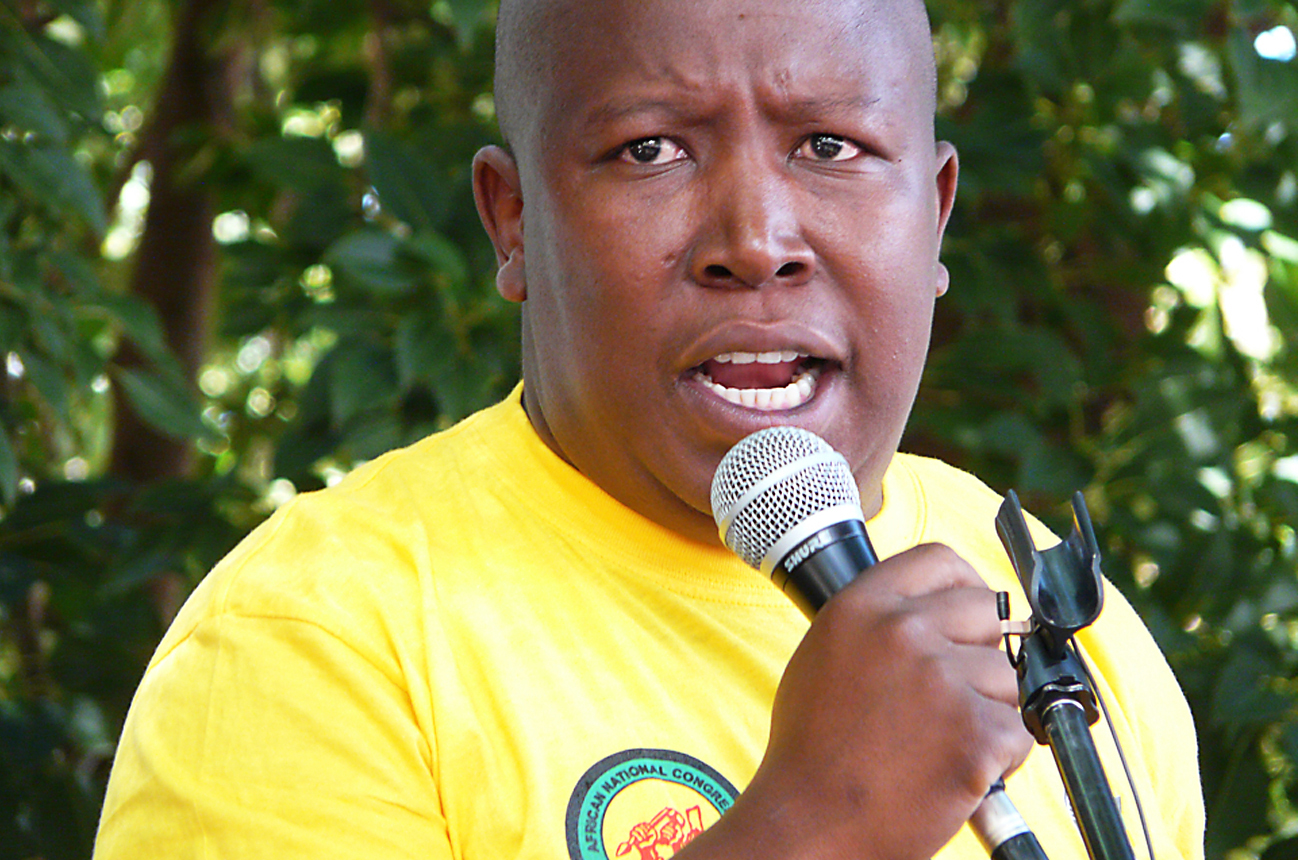 Julius Malema must be wondering why nobody likes him at the moment. First he loses every application before the ANC’s national disciplinary committee, then he loses his hate-speech trial. Did he suddenly get abandoned by his mojo – the one that served him so well lately? And should we all be wondering just how much his loss will come to haunt us in future? By STEPHEN GROOTES.

Before Monday’s judgment most people, including those involved in the case (and myself), seemed to think he would win it. But Judge Collin Lamont has set out, in a carefully crafted judgment, exactly why Malema, and the ANC, are no longer allowed to sing the Dubula Ibhunu songs. His reasons point to two things. One, Afriforum simply brought a better case. And two, the tensions between the Equality Act and the Constitution are bound to end up before our brand new Chief Justice at some point, probably soon.

With the benefit of hindsight, it seems that the lawyers acting for Julius Malema and the ANC may have made two crucial errors. The first was that they didn’t argue fully about the background to the songs. You may remember much was made of the fact that “they are of our history” and “look, we even have recordings that show how musical they are”. The recordings were the property of presidency minister Collins Chabane, no less. As Lamont put it, when listened to, if you didn’t know what the words meant, it was almost like a musical lullaby. But this is where the experts came in. Afriforum brought evidence to show that the way these songs were rendered by Malema made them a chant, and not a song. Lamont was convinced. And thus the songs/chants seemed to lose some of their protection. A crucial point had been lost by Malema.

The second was the amount of time Lamont spent examining international treaties signed by South Africa. These treaties speak to preventing genocide. Lamont explained how most genocides have started with a “person exhorting people to do something”. That then “snowballs” into a genocide. Simply put, Malema was saying now that people should kill boers, and that’s dangerous. While Lamont didn’t mention it, the word “cockroach”, or the country Rwanda resonated throughout this section of the judgment. These treaties were admitted as evidence by Afriforum. They were not properly countered by the ANC. Amazingly, almost exactly the same thing happened in the Glenister/Scorpions/Hawks judgment. There, international treaties signed by our government committed us to creating an independent anti-corruption unit. This section of the argument was virtually ignored by government, but later found by the court to be binding. Oh dear.

The main issue for Lamont was whether the songs constituted hate speech. This meant he had to look at the literal translation. But he also had to look at their impact on the “target group” i.e. “boers” and on the group of people they were being directed to i.e. Malema’s audiences at rallies. Malema’s audiences, says Lamont, are people who are politically aware, they are politically similar to Malema. Thus they were people involved in the struggle. He quoted previous judgments that defined families of those involved in the struggle as “soldiers” because they were also at risk of physical harm because of the activities of their relatives. As a result, the people at the rallies are “soldiers”. Thus they are receiving orders from Malema, he is using the song/chant to dehumanise the enemy.

It’s pretty simple. And yet the ANC’s lawyers, and there were three of them all very experienced, weren’t able to counter it. Sometimes in law, that’s pretty indicative of the rights and wrongs of a case.

And now to enforcement. The ANC said during the trial that it would be impossible to enforce an order banning the songs/chants. What about people singing it in private, said its lawyers, or those who might spontaneously burst into song? Something that does happen at political rallies.

Lamont’s view is that that is not an argument. The whole point of the Equality Act is to create a better society. To say that he mustn’t make an order simply because people will not obey him is not good enough. He says that parties to proceedings can be “directed to comply with the provisions of the Equality Act. Such parties can be dealt with by way of contempt proceedings for non-compliance… persons who are aware of the line which has been drawn by the court are as a matter of both law and ubuntu obliged to comply with it”. He goes on to say that there “may be no immediate criminal sanction”.

In other words, he can and has ordered that people must not sing the songs/chants. On a practical level of course, there was a group of Malema supporters that sang the songs immediately after the ruling. And just outside the court building nogal. That was always going to happen. But it does mean that Malema really can’t sing it again. And he can’t sing “kiss the boer” either, because Lamont, who really examined how language encoding works, says it’s obvious that that means exactly the same as “kill the boer”.

There are several political implications of all of this.

At first blush, it seems that nothing can go right for the nation’s no-longer-favourite Young Lion. But this ruling can’t really be used against him in any political battle. The ANC joined with him in court. So short-term, it’s a setback. But long term, he may still get what he wants: the recognition that he is the current face of the struggle. He may be able to translate all of this into a powerful mobilising tool. And of course he will appeal. The ANC has already indicated that it is “appalled” by the judgment. To its credit, it says that will respect it (the ANC has always respected judgments so far, something we must remember when judges are defined as “counter-revolutionary”). But it will also take steps to “protect our history”. Lamont’s view on that argument by the way is that “times have changed”.

There is also going to be a much more thorough examination of the Equality Act. You may have read this before but the Equality Act bans speech considered “hurtful” or “harmful”. The Constitution guarantees freedom of expression except “incitement to violence”. However it also says that this right must be balanced by the right to dignity.  So there seems to be some clear blue water between the two. No doubt we’ll find out soon enough.

One last point. The Equality Act was the brainchild of the ANC. Talk about the best laid plans… DM