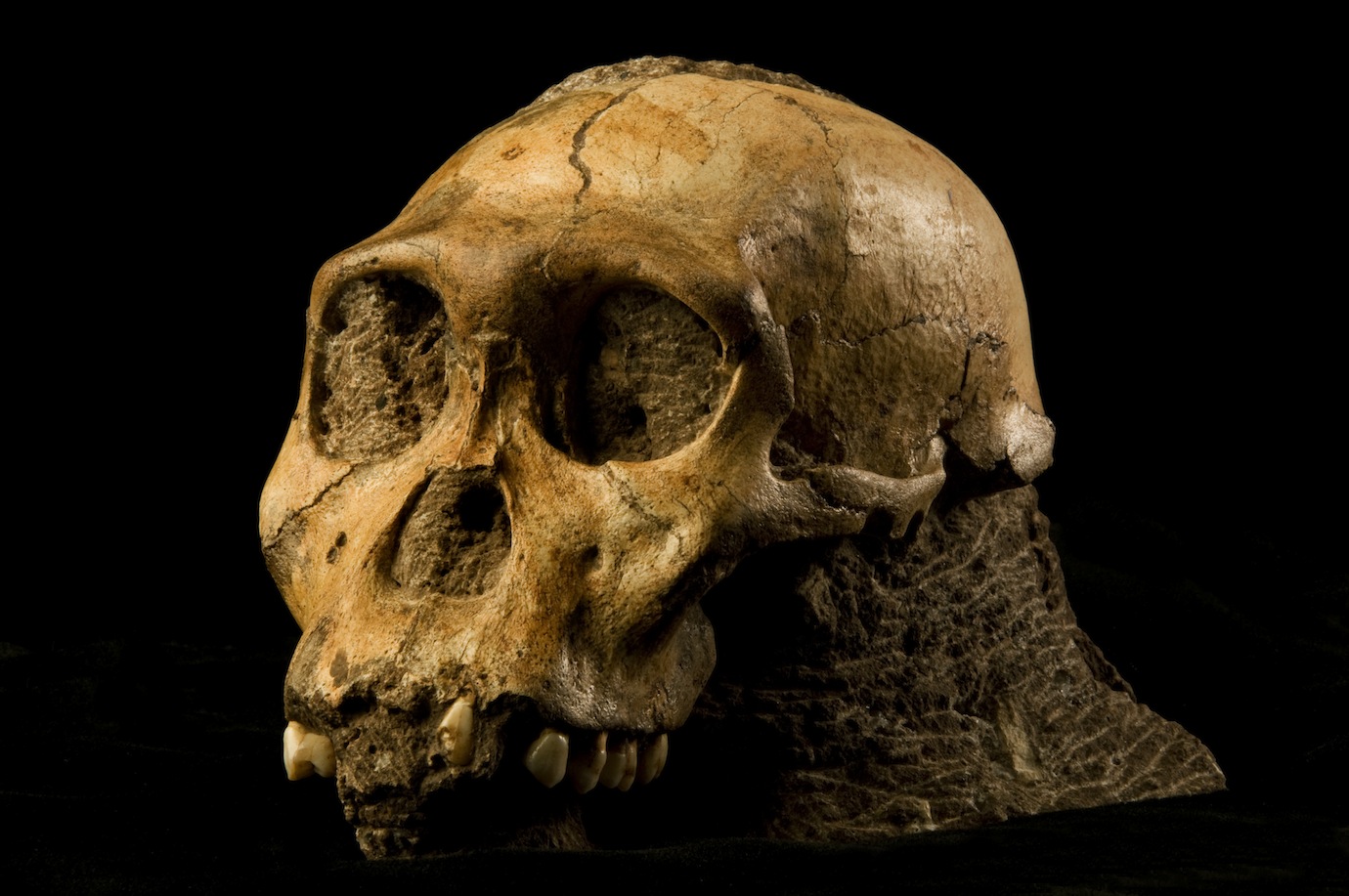 The Australopethicus sediba fossils, found near South Africa's Cradle of Humankind, aren't exactly the missing link – scientists don't give much credence to this layman's term anyway – but do belong to a transitional species. And they could go some way to clearing up “the muddle in the middle” of human evolution. By THERESA MALLINSON.

In August 2008 Lee Berger, professor at Wits University, discovered the Malapa fossil site at the Cradle of Humankind while out mapping with his dog. Within a few weeks he had discovered two skeletons – the first with the help of his young son, Matthew. In April last year these findings were revealed to the world, and a mere three years after the initial discoveries, five papers have been published in the prestigious Science journal – with the hand of Australopithecus sediba even making the front cover. “It’s like a rock star being on the cover of Rolling Stone magazine,” joked Berger at the unveiling of the fossils at Wits University’s Origins Centre on Thursday afternoon.

The number of international press present showed just what a big deal the latest research on the sediba fossils is. You see, the fossils (precisely dated at 1.977 to 1.98 million years old) show several characteristics typical of Australopithecus genus(abbreviated in scientific terms to “Au”), which lived about 4 million to 2 million years ago, but also of the slightly later Homo genus, to which modern-day humans belong. “The fossils demonstrate a surprisingly advanced but small brain, a very evolved hand with a long thumb like a human’s, a very modern pelvis, but a foot and ankle shape never seen in any hominid species that combines features of both apes and humans in one anatomical package,” said Berger. “The many very advanced features found in the brain and body, and the earlier date make it possibly the best candidate ancestor for our genus, the genus Homo, more so than previous discoveries such as Homo habilis.”

Berger explained that this doesn’t mean he’s found the “missing link” – in fact, such terminology is meaningless in scientific terms. Instead he characterised the fossils as belonging to a “transitional species”, pointing to the fact that evolution is not like a ladder, but rather a tree with many branches.

Au sediba exhibits primitive and Homo features in unexpected combinations. For example, the Science paper on the hand shows that Au sediba was capable of climbing trees, but also possessed more modern features, linked to being able to grip precisely. And research on the foot and ankle shows that Au sediba could walk upright. “Just by looking at this bone here and that bone there we are 100% certain that this creature could walk upright,” said Bernhard Zipfel, senior curator of collections at Wits. But Au sediba was also much better adapted to climbing trees than modern humans, and “may have practiced a unique form of bipedalism and arboreality” as the scientists put it (that’s walking upright on  two feet and climbing to you and me).

The pelvis, likewise exhibits both Australopithecine and Homo-like traits. One line of scientific thought suggests that the human-shaped pelvis (which is distinct from that of early hominids) developed owing to the evolution of larger brains. Jarringly, Au sediba has features of a modern-type pelvis, but still a small brain, meaning that the mechanical demands placed on the pelvis owing to walking upright were also a crucial driver in its modern development.

It’s not as if Au sediba is just a mash-up of species that pre- and post-date it. Because, while it is more evolved in some respects than other Australopithecines, it is more primitive in others. This points to homoplasy, or convergent evolution, where different species evolve the same characteristics in parallel – bringing us back to Berger’s tree metaphor.

While Au sediba is clearly a new species, given its mixed characteristics, there has been some debate about whether it should, in fact, be classified as Homo, a topic on which Berger will deliver a public lecture next week. “Given the small brains and Australopith-like upper limbs, and features of the foot and ankle, the team has felt that keeping this species in the genus Australopithecus was the conservative thing to do,” explained Berger. “Nevertheless, sediba is turning out to be one of the most intriguing hominids yet discovered, and it certainly shows a mosaic of features shared by both earlier and later hominims.”

For the last decade or so, there have been no significant new fossils found in the field of paleoanthropology; excavations in East Africa were not turning up anything new, and those in South Africa only fragments. In 2008, this changed dramatically. “There are literally hundreds of fossils,” said Burger. “More than just the first individual – of course, a second individual – and as many as four other individuals emerging from this site. We have not excavated yet.” Excavations will proceed later this year.

“I think I can confidently predict that you will see over the next months, years and decades, a number of papers coming out of this that are unprecedented in this field,” said Berger. “There is more to be found there. There is more to be discovered out there and when we go out and look and explore the Cradle of Humankind, there can be things that are unexpected to people and unexpected to science, and teach us about the world in which we live.” DM

The Au Sediba fossils will be on display to the public in Maropeng from 9 to 25 September.

Professor Lee Berger will deliver a public lecture at the Science Stadium at Wits, called “Is Sediba a good candidate for the genus homo”, on 13 September at 5.30pm for 6pm.