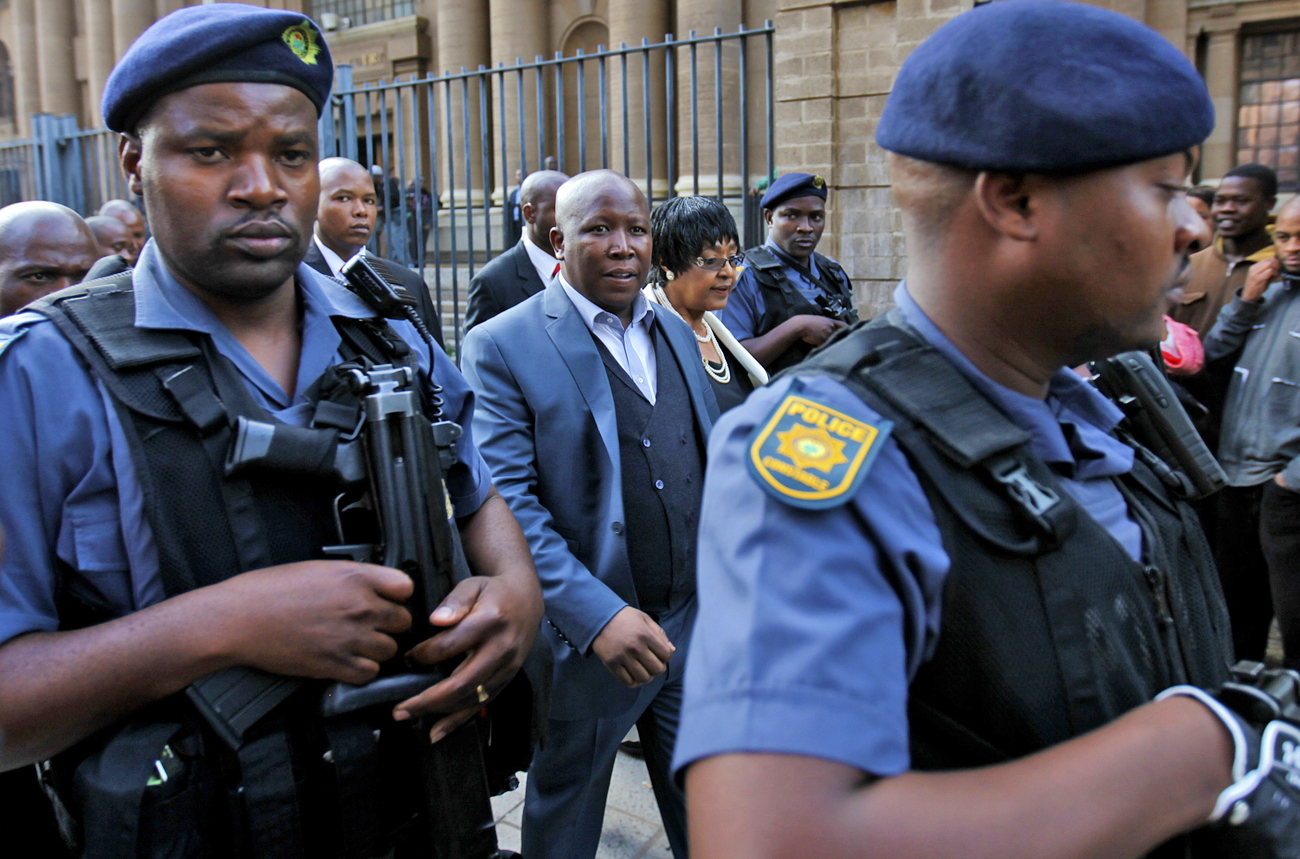 Next week Julius Malema’s hate speech trial will climax when Judge Colin Lamont hands down his ruling on whether he should be allowed to sing “Dubula Ibhunu”. Over the past weekend National Prosecuting Authority head Menzi Simelane said it was time to put legislation in place to stop people being racist. But in the middle of all of this is the Equality Act. And the parts of it that are currently used to stop hate speech may in fact, be unconstitutional. Really. By STEPHEN GROOTES.

Any act of racism is repugnant. So is any act of homophobia. So is any act of sexism. South Africa, and many other countries, don’t punish them specifically. We have measures in place to make sure people are protected though. If you are assaulted, you lay a charge of assault. It doesn’t and shouldn’t matter what the reason for that assault is. If someone slurs your character, you go to court. It’s expensive, time consuming and probably less than satisfying, but it is still an option.

SA law generally punishes the act, and not the motivation. Speaking in the Sunday Times, Simelane seemed to think this was not enough. Some of his utterances, that the courts are “filled with racists”, were probably unwise. We doubt he has the numbers to back up that claim. At the same time, when in Kimberley or Ventersdorp a farm worker is “punished” by his employer by being dragged behind a Hilux Double-cab, racism is surely one of the motivations. But that act is punished. Or it certainly should be.

Then you have newspaper columinists like Jon Qwelane, who was hauled before the Human Rights Commission for saying “gay marriage is not okay” and equating homosexual sex with having intercourse with dogs. It’s repugnant alright, but whether he should be punished for it is another story.

At present, the Equality Act’s main aim is to ventilate issues in society. The Equality Courts, sitting in the high courts and the magistrates’ courts are meant to host a debate on what is acceptable speech and what is not. Hence the desire by Lamont to hear about the history of “Dubula Ibhunu” (aka “Kill the Boer”) and its importance to the ANC. The point is that by holding a case that is not an inquiry, as is the case in criminal matters, the court essentially educates the nation about itself. So AfriForum gets to explain in public why this song is so worrying, and Malema gets to explain why he should be allowed to sing it.

But the problem comes with the sanction. Should the court say to Malema, you are not allowed to sing it, it will no doubt rely on Section 10 of the Act that says “no person may publish, propagate, advocate or communicate words based on one or more of the prohibited grounds, against any person, that could reasonably be construed to demonstrate a clear intention to be hurtful; be harmful or to incite harm; or to promote or propagate hatred”.

That’s a pretty wide discretion. So, for example, if nasty capitalists like us stood up and said, “Anyone who supports the nationalisation of the mines is stupid” that could be considered harmful. And thus an illegal utterance. Even if we depersonalised it and said that “Anyone who supports the nationalisation of the mines is thinking stupidly” we could, no doubt, still be in trouble. And when you consider that the current chief justice nominee believes that the right to dignity is as important as the right to freedom of expression, (as quoted in the McBride judgment) our debate could be curtailed very quickly indeed.

So if Simelane is able to have a law banning racism passed in the way he appears to want, Zapiro’s days could be numbered. You can imagine the line of thinking: He draws the President with a shower head. The President is black. He’s never drawn a white man with a showerhead. Therefore, the motivation is racial. Thus it’s hate speech. Thus it’s illegal. Thus he must stop doing it or be prevented from doing it by using force of Law.

Never mind such arcane arguments like satire, the point of political speech, or even freedom. If it can be declared to be racial in motive, it will be. Let’s go a step further. Would a woman who leads a political party that opposes the ANC have a racial intent. Her party (sometimes) appears to be white. The ANC is black. Therefore….

Notice also the difference between the Constitution’s “constitutes incitement to cause harm” and the Equality Act’s “demonstrates a clear intention to be hurtful, be harmful or to incite harm”. To my non-legally-trained  mind, the Equality Act’s “be harmful” could perhaps be construed to mean harmful to a shower-head wearer’s dignity, while the Constitution’s “incitement to cause harm” would seem to mean inciting physical violence. Malema would also rely on the provision Freedom of Expression clause that points to “freedom of artistic creativity” as that could cover his song. Perhaps.

South African politics is a weird place. Sometimes the people who seem to be doing the most to curtail freedom of speech could actually end up doing a lot to protect it. Sometimes journalists who say hurtful things end up doing us all a favour.
For me though, and this is a personal view, to punish what happens in someone’s head is problematic. A crime is a crime is a crime, no matter what the motivation. Sometimes the motive can perhaps be a mitigating circumstance, a father stealing bread to feed his starving child comes to mind. Sometimes it can be an aggravating factor, killing a defenceless old lady even though she’s your grandmother for her cash is perhaps so cold-blooded it should be punished more harshly than the person who bottles his friend in a tavern one Friday night.

But punishing someone more harshly for a belief they hold is something else. If a paedophile abuses a child, he must be punished. But he shouldn’t be punished more for believing that paedophilia is okay. The same has to apply for those who hold deeply repugnant views regarding race, homosexuality or religion. Simelane is wrong, Qwelane is wrong, but protected, that joker who posed with a dead-looking black child is a moron, but has to be protected too. It’s called freedom. DM