The Tuareg people and the mystery of the Niger convoy 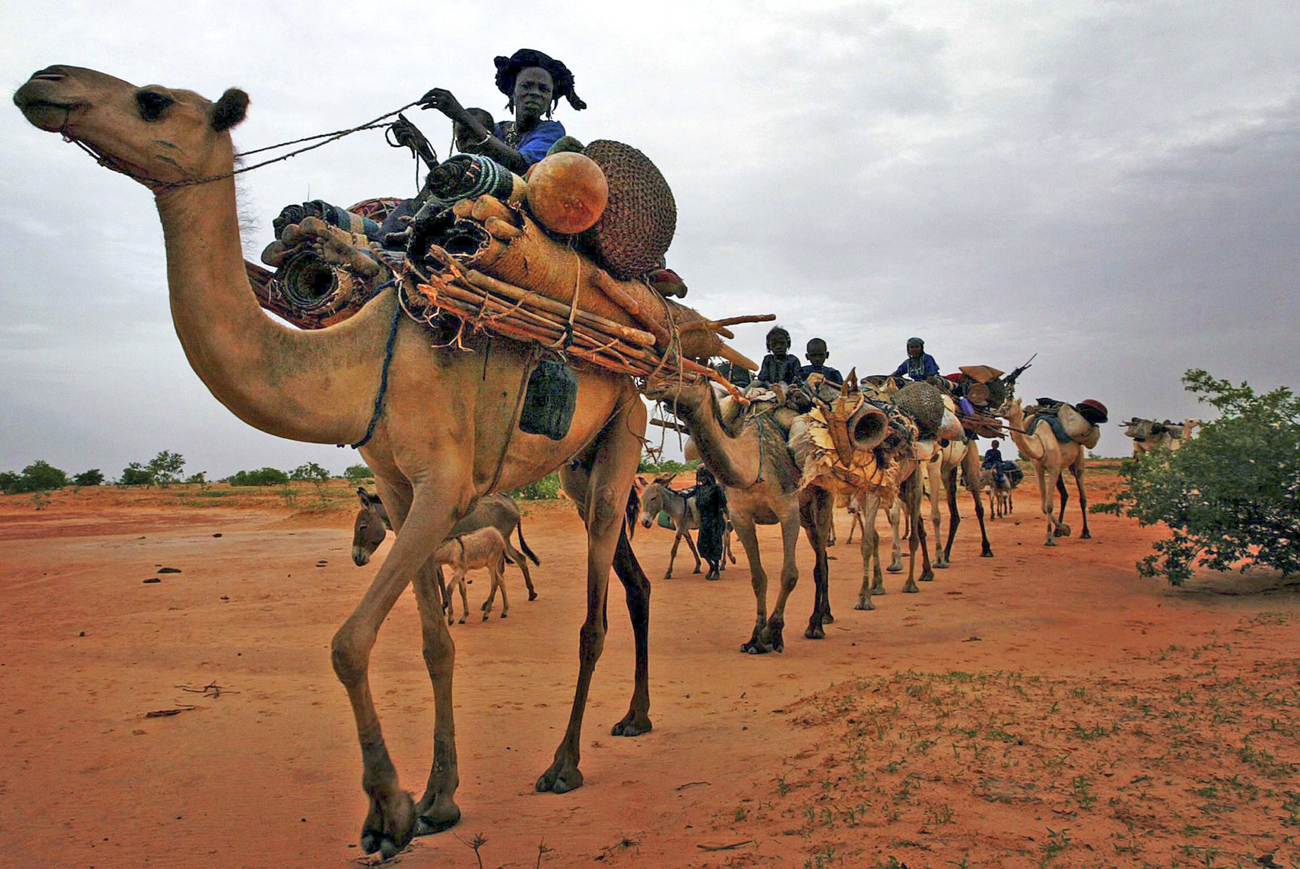 Niger’s foreign minister insists  that while several people, of varying importance, arrived in Niger in a heavily armed convoy on Tuesday, neither Gaddafi nor any of his sons were among the passengers.  Asked whether Gaddafi was welcome in Niger, the minister said that decision was up to the president but added: "Gaddafi in Niger could cause some problems". Niger is certainly too close to Libya for any future government of Libya to feel free of the shackles of Gaddafi but in Niger itself, Gaddafi’s wheeling and dealing with the nomadic Tuareg people could prove especially challenging. By KHADIJA PATEL and SIMON ALLISON.

On Tuesday, while Nato jets continued to pummel Sirte, the hometown of Colonel Muammar Gaddafi, the nearby town of Bani Walid laid down their arms and agreed to hoist the flag of the National Transitional Council (NTC) well before the 10 September deadline. Rebel soldiers celebrated the advance closer to Gaddafi’s hometown by shooting into the air but their celebrations proved premature. Tribal leaders in Bani Walid recanted later in the day. But away from the to-and-fro of the negotiations, the most salacious news of the Libyan war came from Niger.  Early reports indicated that a convoy of between 200 and 250 vehicles was given an escort by the army of Niger across the Libyan border. Reuters soon fanned rampant speculation of who exactly was aboard the convoy by quoting a French military source who believed the convoy would be joined by Gaddafi en route to neighbouring Burkina Faso, which has of course offered Brother Leader asylum.

The speculation was killed by the foreign minister of Niger who unequivocally denied that Gaddafi had fled Libya and was in Niger.  “It is not true, it is not Gaddafi and I do not think the convoy was of the size attributed to it,” the minister told AFP. Reports from Chad late on Tuesday appeared to corroborate the minister. The size of the convoy does now appear to have been significantly exaggerated. Eye witnesses claim no more than 30 vehicles passed into the town Agadez on Monday night. Speculation however has grown that South Africa – diplomatic superheroes that we are –  is brokering a deal that would see Libya move entirely into rebel hands in exchange for a safe passage for Gaddafi into Burkina Faso. In Libya, the rumour mill is a particularly lucrative industry.

The much trumped-up convoy consisted of more than a dozen pickup trucks bristling with well-armed Libyan troops, according to eyewitnesses. Tuareg rebel leaders were reported to have led the convoy into the town of Agadez under the protection of the local army. Gaddafi  remains popular in towns like Agadez, where the majority of the population is Tuareg. Gaddafi is remembered fondly for his for his assistance to the Tuareg during their fight for independence.

The convoy into Niger raises questions about the Tuaregs and their political influence in Libya and the Sahel region. The Tuaregs are the nomads of the Sahara desert, and move largely unimpeded across the borders of Libya, Niger and Mali. They’re historically uncomfortable with governments and restrictions, and are a headache for whatever government is trying to exert its control over them. For example, the leadership of Western Sahara, the breakaway region of Morocco, is led by Tuaregs; and Tuaregs feature prominently in the ranks of al-Qaeda in the Islamic Maghreb. Gaddafi was one of the few leaders who successfully co-opted the tribe into his regime, a feat achieved through the provision of political support and money. Tuareg fighters from other countries were welcomed in Libya, and Gaddafi funded Tuareg wars, even across borders: the two Tuareg leaders who apparently headed the convoy – Agbaly Alambo and Rhissa Agbouly – led an unsuccessful Gaddafi-funded rebellion in Niger before finding refuge in Libya.

In this context, Tuareg support for Gaddafi makes sense. What is more puzzling is how and why they escaped – or were allowed to escape – into Niger. Apparently, the convoy originated from Bani Walid, the town which has been besieged by the rebels for the last week. But did it fight its way through the rebel lines, or was it allowed past? There’s plenty of speculation about a possible secret deal to let the convoy through, with Libya’s new leaders perhaps preferring to be rid of a potentially troublesome – and heavily armed – group of people.

The heavily armed convoy also raises pressing questions about Gaddafi’s reported use of mercenaries during this war. Allegations of “African” mercenaries in Gaddafi’s troops have circulated for as long as this war has raged, but there has so far been scant evidence that Gaddafi did indeed hire mercenaries to quell the armed insurrection against his rule.  An Amnesty International investigation into rebel claims that Gaddafi had paid men from Central and Western Africa to fight for him, found no evidence to corroborate such allegations. Early on in the war, many of the foreigners that were paraded to journalists as foreign mercenaries were later found to have been quietly released.  Many of the foreigners accused of being mercenaries are actually sub-Saharan migrant workers without the requisite visas permitting them to be in the country. Talk about African mercenaries has flamed mistrust of dark skinned people in Libya, lending an air of racism to the foundations of the new Libya. Dark skinned people face arbitrary arrest and persecution as rebels seek to win Libya over from what they deem to be Gaddafi’s hired hands. So too, the Tuaregs in Libya have also been accused of being hired guns.

Tuaregs specifically from Niger and Mali have been singled as suspected mercenaries in Gaddafi’s army. Reports indicate that some 4,000 Tuaregs who had been unemployed after a peace deal ended their rebellion against the Niger and Mali governments in 2009 did indeed take up arms for Gaddafi. In March, the BBC reported that Tuaregs were being paid $10,000 to join the Libyan government forces and a further $1,000 a day to fight. If indeed true, this would not be the first time Colonel Gaddafi has turned to the Tuareg for troops. In the 1970s he bolstered his Islamic Legion, a military force to fight for a united state across North Africa, with the Tuareg.

Many Tuaregs have already left Libya, returning to Niger and Mali, but their reputation for violence remains with Tuaregs who remain in Libya, severely exacerbating tensions between the local Tuaregs and rebels. The report on Tuesday of the convoy of vehicles crossing into Niger is markedly similar to a report late last month of a convoy of 60 vehicles that had driven over the Libyan border into Niger. French media also reported a separate incident of a convoy of 20 vehicles crossing into Mali. The Tuareg seem to be in an almighty hurry to leave Libya, taking with them anything that could fetch a price across the border. In the case of the convoy that had crossed the Niger border last month, Niger officials found the remnants of a destroyed helicopter piled on to the back of a pickup truck. But the convoy on Tuesday is reported to have been loaded with cash looted from the central bank but more significantly, senior members of the Gaddafi regime. As Americans implore Niger officials to arrest any of Gaddafi’s aides found in the country, the Tuareg might find that their passengers fetch a handsome price. DM