Confirmed: The end of the paperback era 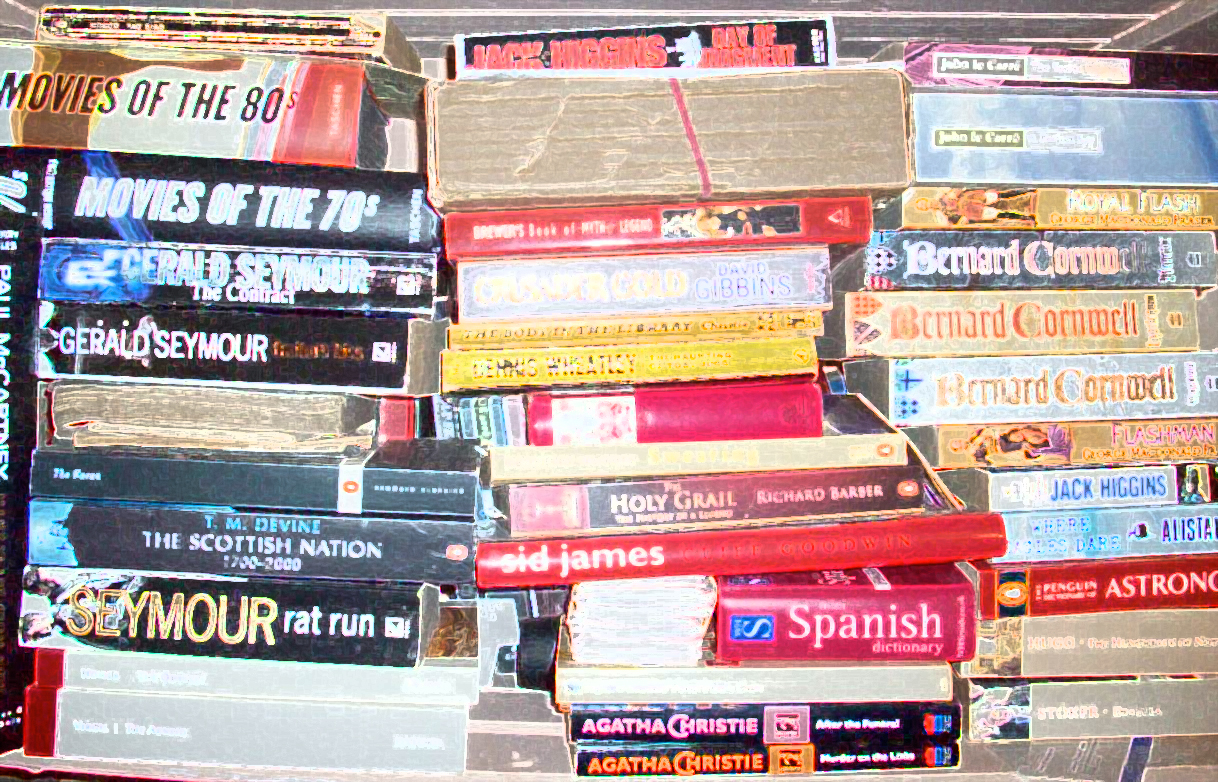 In 1935, when Allen Lane of Penguin Books built on the idea of an innovative German publisher whose business had been appropriated by the Nazis, a revolution occurred in the publishing industry. Throughout the 20th century and into the first few years of the 21st, cheap paperbacks entertained hundreds of millions of people across the world. But not for much longer, according to a recently released survey. By KEVIN BLOOM.

The history of the paperback is, to a large extent, the history of the twentieth century – or at least the history of the American century, which is kind of the same thing. Pioneered by German publisher Kurt Enoch in 1931, the experiment proved instantly popular but, for various reasons, was cut short by the Nazi government. In 1935, when Penguin Books in the United Kingdom cottoned onto the financial possibilities of the mass-market format, it again found immediate traction. Under the guidance of founder Allen Lane, Penguin instigated a revolution in the English-language book market, imitating and building on the innovations of Enoch. With the objective of producing cheap books in huge print-runs, Lane quickly realised that he’d need to sell the units in non-traditional locations – when Woolworths bought the idea, placing a large order, he was away.

Over in the US, four years later, Robert de Graaf perfected the model. Partnering with Simon & Schuster to create the Pocket Books imprint, De Graaf outstripped Lane by utilising the distribution networks of newspapers and magazines. By the end of its first year in operation, Pocket Books had sold more than 1.5 million copies; its editorial policy of focusing on reprints (like Lane, De Graaf was adept at negotiating rights from other publishers) of light literature, popular non-fiction and mysteries fed the burgeoning American hunger for easy entertainment. The books were priced at 25 cents, and soon, when De Graaf began to refine his catalogue, the emphasis shifted heavily to the mystery genre and movie tie-ins.

The rest of the century, and the shape of the market, was defined in the main by Pocket. The publisher was the first to release a paperback reprint while the hardback original was still on the bestseller list (Dale Carnegie’s How to Win Friends and Influence People), the first to release the so-called “instant book” (a tribute to Franklin Roosevelt, published six days after his death) and the first to recognise the market for themed light non-fiction (with the Bennet Cerf humour books). Pocket also published many of the highest-selling paperbacks of all time, including Doctor Spock’s The Common Sense Book of Baby and Child Care (released in 1946, it sold 500,00 copies in its first six months, within a decade was selling more than a million a year, and by 1998 had sold a total of over 50 million).

But that was then. A survey put out last month by the Association of American Publishers reveals that the era of the paperback may well be over. While net sales revenue for trade hardcover and trade softcover books increased slightly over the three years from 2008 to 2010, at 0.9% and 1.2% respectively, sales of mass-market paperbacks plummeted, down 13.8% at $1.28 billion. In unit terms, net sales for the category were 319 million in 2010, a decline of 16.8% on 2008.

The reason for all of this is not hard to glean. Here’s what the survey said about e-books and other non-physical formats: “e-books have grown from 0.6% of the total Trade market share in 2008 to 6.4% in 2010. While that represents a small amount in the total market for formats, it translates to 1274.1% in publisher net sales revenue year-over-year with total net revenue for 2010 at $878 Million.”

There was more that the survey said, in gushing prose not usually found in these types of reports – the “equally impressive” net unit sales growth in e-books, for instance, which increased 1039% over the three-year period, and the “explosive” rise in the format for the adult fiction category, where e-books now hold 13.6% of net revenue market share.

“For decades,” the piece continued, “the mass-market paperback has stubbornly held on, despite the predictions of its death since the 1980s, when retail chains that edged out independent bookstores successfully introduced discounts on hardcover versions of the same books. The prices of print formats are typically separated by at least a few dollars. Michael Connelly, the best-selling mystery writer best known for The Lincoln Lawyer, said he worried that book buyers would not be able to discover new authors very easily if mass-market paperbacks continued to be phased out.”

Which seems like an odd statement to make. If there’s one thing that has historically and consistently sold more books than any retail store promotion or media campaign ever did, it’s been word-of-mouth. And to recommend a new author to a friend, if you happen to be reading the book on your iPad, all you have to do is send an email. DM DRC movie Viva Riva! as close to Kinshasa as you'll ever get