China and the new Libya: the plot thickens 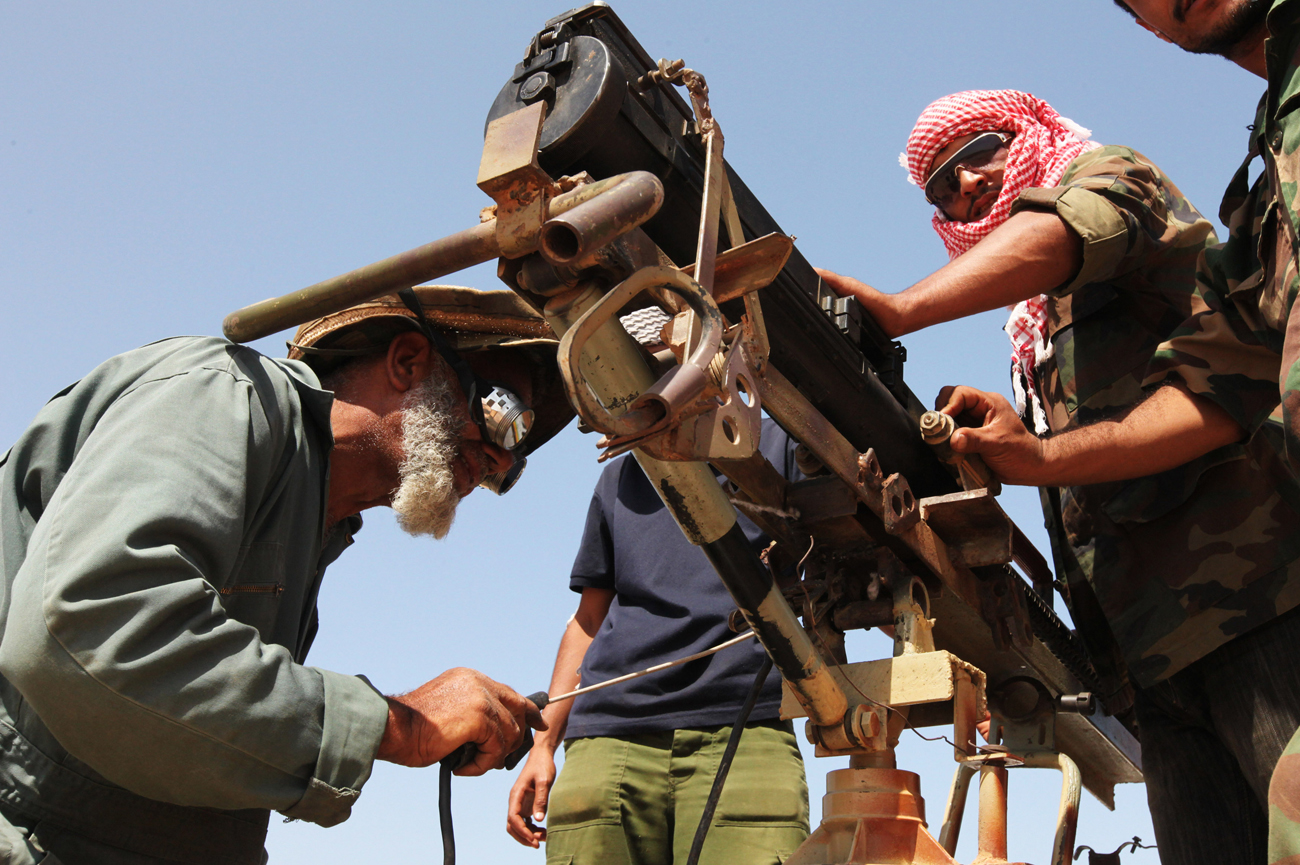 The Chinese government has confirmed that Gaddafi did indeed seek Chinese arms in July this year but they stress no shipment was made. While aspersions grow on the roles played in South Africa and Algeria in the Libyan war, the de facto government of Libya is taking the fight to Beijing, insisting that they will be made to pay for aiding Gaddafi. By KHADIJA PATEL.

The Globe and Mail of Toronto revealed on Monday the documents implicating Chinese arms firms who offered to sell weapons worth about $200 million to Colonel Muammar Gaddafi’s besieged forces in July this year. According to these Libyan government memos discovered in a pile of trash on a curb in a Tripoli neighbourhood known as Bab Akkarah, representatives of Gaddafi’s government travelled to Beijing through Tunisia where they met with senior ministers of the Chinese government who facilitated contact with Chinese arms manufacturers. The documents indicate that Chinese companies offered to sell rocket launchers, anti-tank missiles and other arms to Gaddafi’s forces, despite a United Nations embargo on such sales to the Gaddafi government.

Significantly, the memos do not specifically incriminate South Africa, or Algeria, for duping the international community with a veneer of neutrality while secretly aiding the Gaddafi regime. Rather, the memos reveal that the Chinese manufacturers suggested to Gaddafi’s emissaries that either South Africa, or Algeria, could be used as possible proxy to receive the arms from China and then channel it to Gaddafi in Libya. According to the memos, the Chinese manufactures further recommended that the contracts be made “with either Algeria or South Africa, because those countries previously worked with China”. It is unclear whether South Africa has specifically worked with China on arms trafficking, or whether that discussion references more innocently the congenial relationship between Beijing and Pretoria.

South Africa’s Department of International Relations and Co-Operation (Dirco) declined to comment on the report, insisting that any hint of arms was the place of the Department of Defence to comment. The South African and Algerian roles in the emerging melee between the new Libya and Gaddafi’s old friends remain a complement to the main attraction of a severe threat to the influence of China in Libya. While there is no evidence to suggest the Chinese did in fact deliver the arms in question,  The Globe and Mail report that Omar Hariri, the head of Libya’s rebel National Transitional Council’s (NTC) military committee, reviewed the memos and concluded that these documents explain the presence of “new weapons” on the battlefield. “I’m almost certain that these guns arrived and were used against our people,” Hariri said. The relationship between the new Libyan rulers and the NTC remains testy as the rebels insist that nations who aided Gaddafi with arms will be excluded from doing business in the new Libya.

The head of the NTC, Mustafa Abdel Jalil has also accused China of obstructing the release of more of Gaddafi’s frozen assets. Although China had agreed to a partial unfreeze of $15 billion of Libyan assets abroad at the United Nations, it opposed handing control of the funds to the interim ruling council.  On Monday the NTC’s finance minister, Ali Al Tarhouni, told Al Jazeera: “If indeed the Chinese government agreed to sell arms to Gaddafi only a month ago, definitely it will affect our relationship with China”.

After refusing to comment on the report, the Chinese Ministry of Foreign Affairs spokeswoman, Jiang Yu, quoted by Bloomberg denied on Monday that state-owned companies offered to sell arms to Gaddafi. The spokesperson did however admit that Gaddafi had in fact sent emissaries to Beijing to source arms for his battered troops.  “The Gaddafi regime sent people to China to make contact with certain individuals of relevant Chinese companies in July without the knowledge of government departments,” she said, “Chinese companies have not signed any military trade contracts with Libya, let alone sold arms to Libya.” It remains to be seen however if the Chinese denial will be enough to appease Libya’s de facto leaders. Libya’s new leaders have the bit between their teeth but Chinese are not likely to let go of their business interests easily. DM Flying the American flag upside down is an officially recognized signal of distress. As is posting photos on this publication.