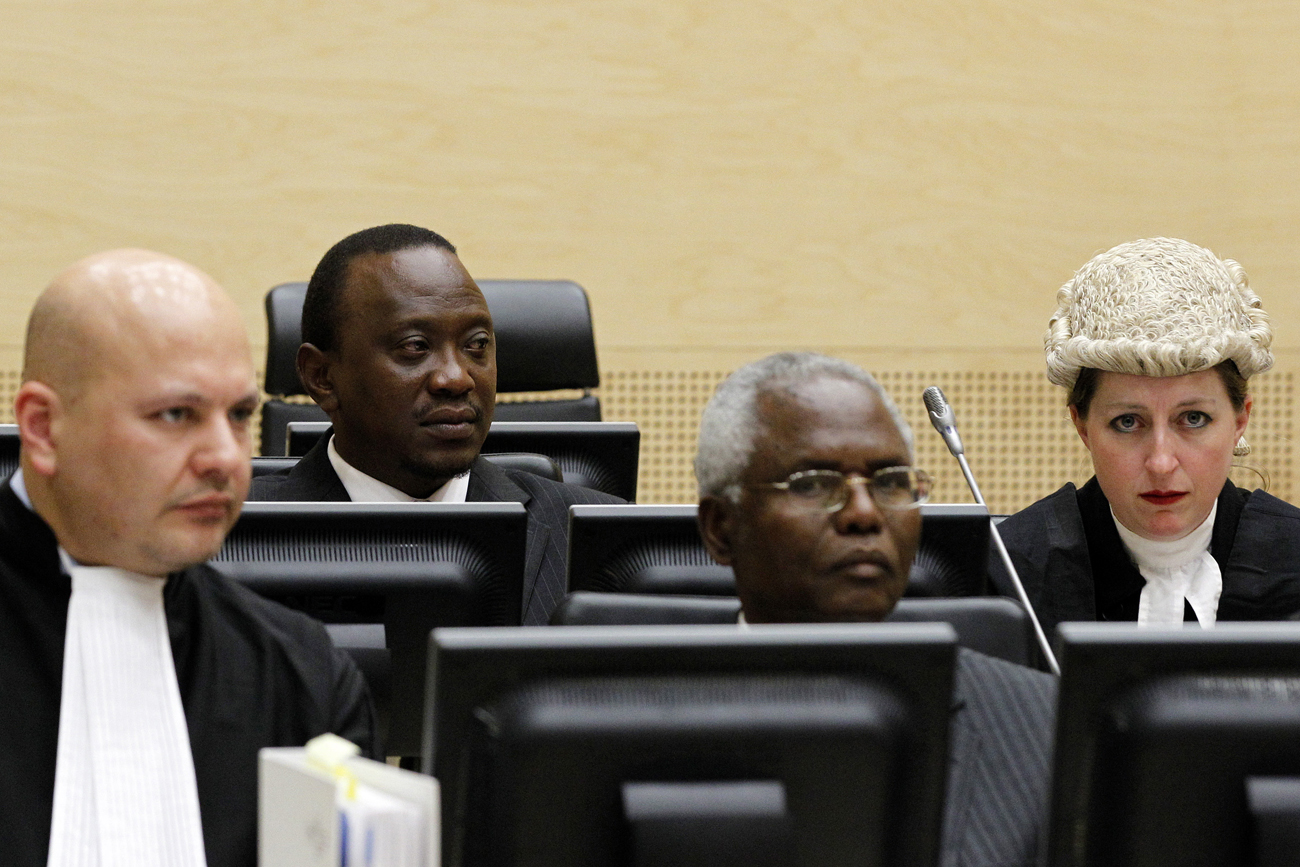 Kenya’s last-ditch attempt to avoid the international embarrassment of having some of its top politicians tried at the International Criminal Court has failed miserably, with the presiding judge not only dismissing the appeal, but also delivering a resounding vote of no-confidence in the Kenyan government’s ability to deal with its own problems. By SIMON ALLISON.

They’re known as the “Ocampo Six”, the men charged by the International Criminal Court in The Hague with crimes against humanity for their alleged roles in the post-election violence which left 3,100 dead, half a million homeless and Kenya’s budding democracy in tatters. The violence came as incumbent President Mwai Kibaki, of the ironically named Party of National Unity, was declared winner of 2007’s decidedly dodgy elections. The Orange Democratic Movement of his main rival, Raila Odinga, wasn’t happy, and this tension sparked the short but nasty conflict, resolved only after international mediation and the establishment of a national unity government, with Kibaki as President and Odinga as Prime Minister.

An investigation led by former UN Secretary General Kofi Annan pinned the blame on six top political figures, and those names were passed to ICC chief prosecutor Luis Moreno-Ocampo in a secret envelope. Ocampo duly laid charges and hence the nickname. The six are split neatly between the two parties. For the Kibaki’s PNU, there’s a former police chief, the head of the civil service, and Uhuru Kenyatta, finance minister and prodigal son of Kenya’s founding father, Jomo. For the Odinga’s ODM, there’s a former minister, a prominent radio broadcaster and only-just-former education minister William Ruto.

For many years Ruto was Odinga’s top lieutenant, but recently fell out with the PM and was quickly shuffled out of the cabinet. Both Ruto and Kenyatta are said to harbour presidential ambitions – both are thought likely to run in the 2012 presidential elections.

It’s not easy to run for president from a Dutch prison cell, but not impossible. Jean-Pierre Bemba, the Congolese warlord on trial at the ICC for alleged atrocities committed in the Central African Republic, is a presidential candidate in next month’s election in the Democratic Republic of Congo, though apparently he’s finding campaigning a little tricky.

Nonetheless, the Ruto and Kenyatta, along with their co-accused, would rather avoid the ignominy of an international trial, as would the Kenyan government, which is composed exclusively of the two parties responsible for the violence in the first place. Their government of national unity has been characterised by more bickering and in-fighting than actual governing, but it seems there’s agreement all round that it would be much nicer if the ICC would let Kenya sort out its own problems, in its own way.

So that’s exactly what they told the ICC. The government requested that the court halt proceedings, as it was commencing its own investigations. But the ICC was having none of it, reaffirming an earlier ruling that for it to drop its own prosecution, the Kenyan government must have instituted proceedings against the same people for the same offence, and that no such proceedings have been forthcoming – despite Kenya having had three years in which to get them started. As the initial ruling concluded: “…the available evidence and arguments show that there is no concrete action demonstrating that investigations are in progress.”

The introductory stages of the pre-trial are due to begin on Thursday. This will determine whether there’s enough evidence to launch a full trial. Joshua arap Sang, the accused radio broadcaster, is confident it won’t get that far. “I do not care because if they get my evidence, definitely there is no way they are going to confirm this case.  And if they do, it is okay, because it will be a great day for us to take our witnesses and embarrass Luis Moreno Ocampo and the ICC.”

But Ocampo’s not easily embarrassed, and the much-maligned ICC is used to criticism. And people with their ears to the ground in Kenya claim that Kenyans overwhelmingly want them to oversee the proceedings rather than any easily-manipulated local court. It looks like the Ocampo Six will have to face international justice, and they might just find it tougher than the kind of justice to which they’re accustomed in Kenya. iM Photo: Uhuru Kenyatta is one of the “Ocampo six”, facing charges for crimes against humanity at the ICC in The Hague. Reuters.