Seeking partnerships at the Media, Transformation, and...

Seeking partnerships at the Media, Transformation, and Democracy colloquium 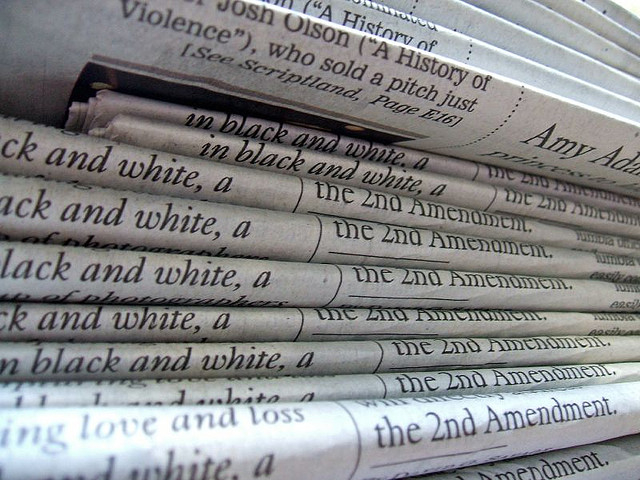 Monday's colloquium was a space for academics to present their media research to their peers. But it also provided an overview of the various relationships between academics, journalists, and civil society organisations active in the media space over the last few years; a stock-taking of what has been achieved, and what still needs to be done to move our media forward. By THERESA MALLINSON.

If there was one theme running through the media colloquium in Pretoria on Monday it was that of partnership. Journalists, academics, activists, communities, even politicians – all of us could better serve, and be served by our country’s media if we come together to forge alliances, to listen to what each other is saying and to hold all institutions in our society accountable, not only elected officials.

The second Media, Democracy, and Transformation in South Africa colloquium was hosted by Unisa, and followed on from the inaugural event at Rhodes University last year. The 2011 colloquium was a “warm-up” for the South African Communications Association conference, which will run until Thursday.

Given the topic under discussion, it was disturbing to reflect on the events that took place on the Unisa campus last week, which conference organiser Julie Reid referred to at length in her opening address. “Last week Wednesday was one of the (most) disconcerting days (of my) career at Unisa: I heard that Beeld journalist and photographer, Craig Nieuwenhuizen had been badly assaulted by four Unisa security guards on our campus, while trying to gather information about working conditions at one of our buildings. Some reports said that it was the journalist who provoked the attack. But even then, the use of violence, particularly at an institution of higher education, is not justifiable.

“It was unfathomable to me. As a department, we have held public debates, we have held student workshops, we are hosting this colloquium, we have written widely for the press. We have on all these platforms spoken out about our concerns for media freedom in South Africa. And we work hard, every year, to instil in our students the values of democracy and freedom of expression – only for this to happen on our campus.”

It was a disturbing reminder of the ramifications that a lack of press freedom can have in the “real” world, a place that doesn’t always take academic debates on the subject into account. But several papers at the colloquium showed the value of academic research, particularly when it challenges long-held assumptions about the way the media works.

Herman Wasserman’s presentation on Media, Marginalisation, and Citizenship in South Africa was such an example. Wasserman is the deputy head of the School of Journalism and Media Studies at Rhodes, and is conducting his research together with colleague Anthea Garman. “The background of this project that we’re busy with is trying to unpack some of the dominant assumptions around the link between media, democracy and participation,” he said. “A lot of the dominant narratives that we’ve been seeing – mostly in media scholarship but also in broader media debates in public sphere – suggests there is an inherent link between media, democracy and citizenship (participation).”

Wasserman spoke of the commonly held notion that “if we only can keep media free and increase access it will enable citizenship (and) participation”, but suggested that little attention is payed to the cultural contents of production and consumption. “Can the media enable the practice of citizenship in this country?”, “How central is the media really to democracy?”, “How central is the media really to civic identities?”, “How much do people actually rely on media in their everyday lives?”, “What are the correlations between education, class, employment, political participation and media use?”, and “How much do people trust media?” are some of the questions the project will focus on.

The research is in its early stages, but its goal is to “move beyond assumptions to a stock-taking of actual media and democratic practice in South Africa”. Given that the ideas it seeks to question are so firmly entrenched – our sister website, Free African Media, for one, is posited upon the relationship between democracy and free media – it will be interesting to see the findings this project produces – and what they mean for the practice of journalism in South Africa.

While many of the presentations at the colloquium were in the form of academic papers, draft or otherwise, in her opening address, Reid pointed to a threefold role for media academics: as educators, as researchers and as activists. “This is the point which I believe makes many of us the most uncomfortable, (but) we can and we should perform as activists by becoming involved in public debates about our field, and taking to task the often unreasonable and illogical arguments that plague our public discourse in the hopes of playing a small part in effecting informed change for the better,” she said.

With this in mind, members of the media and civil society took part in a general panel looking at media freedom in South Africa. They were William Bird (Media Monitoring Africa), Glenda Daniels (Amabhungane), Kate Skinner (SOS Coalition), Dale McKinley (Right 2 Know Campaign) and this writer, representing Free African Media. It was Bird who gave a timely reminder that, for all the problems plaguing South Africa’s media landscape, we have made great strides since the advent of democracy in 1994. “No matter how bad our media may seem, things in our media are generally progressively getting better,” he said, citing greater diversity and attention to quality.

It was interesting to note that, with the exception of MMA, founded in 1993, all the other organisations represented are of recent provenance (for example, Right 2 Know celebrates its first birthday at the end of August). While the media in South Africa faces a plethora of challenges – from the proposed Protection of Information bill and media appeals tribunal, to the ongoing crisis at the SABC – over the past few years, civil society has responded by getting organised.

Towards the end of the colloquium, Jane Duncan, the Highway Africa chair of media and information society at Rhodes, was clear that academic debates and discussions too needed to be translated into practical action: “We also need to end with a beginning in mind,” she said. “The purpose of the previous colloquium was to be quite practical and intervention-focused, to build relationships between politicians, academics and media practitioners to engage in debates about media freedom.” She said Rhodes would “work with our colleagues at Unisa to bring together something to allow us to present the information that has been gathered today and last year”, and suggested making a presentation to Parliament in the next few weeks. DM